“While the Zionists try to make the rest of the World believe that the national consciousness of the Jew finds its satisfaction in the creation of a Palestinian state, the Jews again slyly dupe the dumb Goyim. It doesn’t even enter their heads to build up a Jewish state in Palestine for the purpose of living there; all they want is a central organization for their international world swindler, endowed with its own sovereign rights and removed from the intervention of other states: a haven for convicted scoundrels and a university for budding crooks.
It is a sign of their rising confidence and sense of security that at a time when one section is still playing the German, French-man, or Englishman, the other with open effrontery comes out as the Jewish [Ashkenazim] race.”

They created a mythical holocaust narrative to scare the bejeesus out of anyone… tricked the Jews into believing them and in Israel. From the very start the Zionists terrorists didn’t only terrorize the Palestinians but bullied the new Jews into giving them money. It’s a thug state and only the poor and the thugs live there. And the natives in their concentration camps! 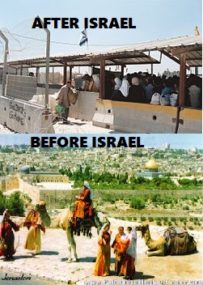 Israel provides a sanctuary to those who have already been convicted.

Activists say Israel is becoming a safe haven for paedophiles thanks to the country’s unique Law of Return for the world’s Jewish people.

A Jewish person from anywhere across the globe can be fast-tracked for citizenship in Israel, as well as their spouse, children and grandchildren.

“Israel is becoming a safe haven for paedophiles due to the unique opportunity available to all Jews from anywhere in the world to immigrate there,” said child abuse survivor Manny Waks, founder of child sex abuse advocacy group Kol V’Oz, speaking to The Independent.

“This provides a relatively efficient and effective way to evade justice from other countries. It also provides a sanctuary to those who have already been convicted.

“The Israeli government needs to look at this issue to address it, because it is an injustice to the victims and a danger to Israeli children.” (they end up just leaving because the authorities are useless thugs.)*

Why I am leaving Israel 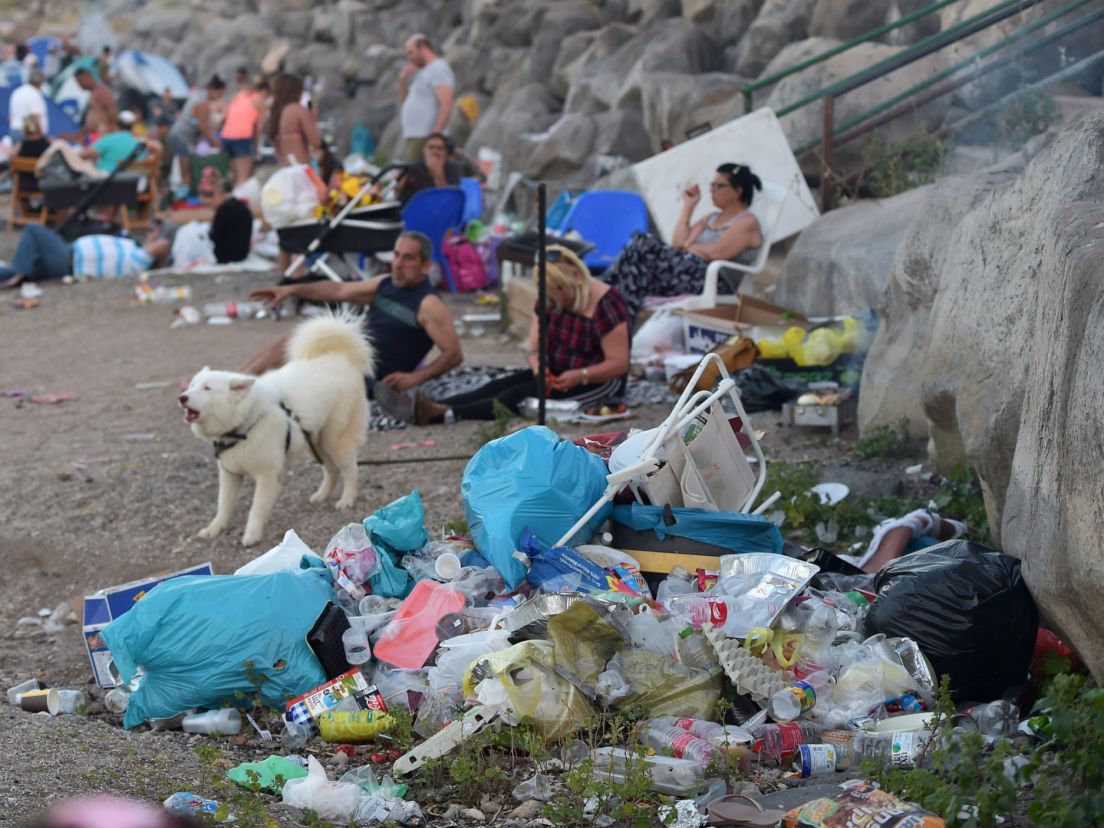 The stench of urine, feces, and huge piles of uncollected trash in the streets by the bus station is strong enough to get anyone’s gag reflex going.

Homeless addicts sleep on public benches and ask for money between puffs from their homemade crack pipes. At work a 4-year-old child whose limited vocabulary includes the Hebrew word for “junkie” tells me about being sexually abused by a relative, and a 32-year-old mother tells me how she suffers from chronic nightmares about her 9-year- old daughter, kidnapped by her ex-husband, who has been lost somewhere in Sudan for the past three years.

If I had a dollar for every time a parent asked me to help them move to America, I could afford much more than I can from my embarrassingly low salary.

I moved to Tel Aviv from New York three years ago when awarded a social justice fellowship to work with marginalized, underserved, and trauma-stricken communities in a conflict zone.

Looking for a change of pace (and weather) and as the daughter of an Israeli parent, my fluency in Hebrew and familiarity with the country made the move that much more appealing.

As time goes by, though, I sadly cannot wait to get out of this place.  You think I’m crazy, right?  How can I not appreciate my ‘grade A’ life in the bubble of Tel Aviv with its fine dining, cultural events, some of the best beaches in the world, a plethora of cute dogs, and an endless supply of trendy bars and cafes.

While my weekends contain a smattering of involvement in the above activities, my weekdays look dramatically different.

They involve walking through Tel Aviv’s decrepit central bus station on the way to my social worker job in a south Tel Aviv after–school therapeutic program for children of Eritrean and Sudanese refugees.

The stench of urine, feces, and huge piles of uncollected trash in the streets by the bus station is strong enough to get anyone’s gag reflex going.

Homeless addicts sleep on public benches and ask for money between puffs from their homemade crack pipes. At work a 4-year-old child whose limited vocabulary includes the Hebrew word for “junkie” tells me about being sexually abused by a relative, and a 32-year-old mother tells me how she suffers from chronic nightmares about her 9-year- old daughter, kidnapped by her ex-husband, who has been lost somewhere in Sudan for the past three years.

If I had a dollar for every time a parent asked me to help them move to America, I could afford much more than I can from my embarrassingly low salary.

Let’s also not forget that these asylum seekers and their Israeli-born children have no legal status.  As a result, they are not eligible for basic social benefits Israeli citizens enjoy, such as health insurance, social security, higher education, and freedom of movement.

It’s unbelievably ridiculous that a child born in Israel and educated in Jewish Israeli schools cannot go to a university at age 18.  Furthermore, this young adult can potentially be taken by force to the isolated Holot Detention Center in the Negev Desert solely because he is a single male African refugee over age 18.

But Israel is the leading democracy in the Middle East, right?

These are just a few of struggles that asylum seekers face on a regular basis.  But what about their past?  Many of them were kidnapped and tortured in the Sinai.

When they crossed the border into Israel they were severely traumatized and suffer from post-traumatic stress disorder (PTSD).

Persistent untreated PTSD has resulted in many poorly functioning refugee parents whose often neglected and abused children suffer the harsh consequences of their parents’ PTSD.

The resulting alcoholism and intimate partner violence among the parents, and severe developmental and behavioral problems among the children go untreated due to poverty and lack of access to health care.  There is an option to purchase private health insurance for children, which, similar to the United States, is quite expensive.

Currently, there is one walk-in family health clinic that operates with an ever-changing staff primarily comprised of volunteer doctors and nurses with a limited number of specialists. Patients wait in this overcrowded clinic for hours to be seen, and often cannot get their medical needs addressed.

More often than not, an individual needing surgery has to face the prospect of an enormous long-term future debt of a minimum of 20,000 shekels (about $5,600 in U.S. dollars).

After giving a brief picture of what my days look like, we can move on to my nights.  Shortly after I moved to Israel, I met a dynamic and charismatic film student who looked like any Tel Aviv hipster, covered with tattoos and wearing skinny jeans.

An Arab citizen of Israel, who left his village in the north of Israel at age 18, he self-identified as the black sheep his parents never quite understood.  It didn’t take long for me to fall in love and learn about the complexity and pain of growing up as an Arab in Israel proper–being too Arab in one crowd and too Israeli in another.

The constant feeling of needing to prove yourself and never being accepted for who you are, a decent human being.  You quickly learn to accept the fact that you were not entitled to scholarships for university tuition, in contrast to your Jewish student cohort who without the hardship of loans were able to focus more on their studies and work part-time.

You, however, had to work full-time to cover the costs of education and take two more years to graduate.  How about the feeling when you are sitting on the bus and your mom calls to check in with you?

While you are talking to her in Arabic, an armed soldier in the seat next to you casually points his loaded AK-47 right at you. 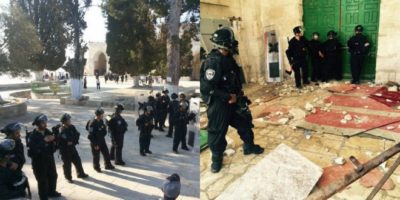 “I will turn My face from them, and My treasures shall be defiled; ruffians shall invade it and defile it.” Ezekiel 7:22 (The Israel Bible™)

Yes, I used the “A” word, apartheid, because that is what it is.  So, until then, you will find me making plans to move back to the U.S. and trying my hardest to help all my refugee families relocate to Canada or Europe.  And, if I can afford it, I will gladly come back to visit amazing Israeli and Arab friends and family, the beach, and my favorite Eritrean restaurant in south Tel Aviv.