The massacres of Lydda and Ramle must be remembered not as remnants of the past, but as an act of aggression that has continued with varying regularity throughout the life of the Israeli state. 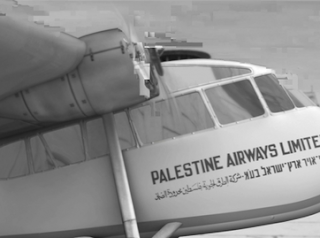 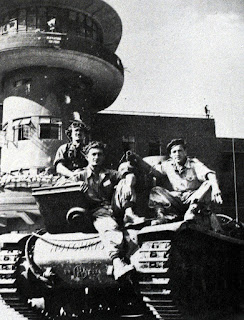 Some of the soldiers threw hand grenades into Arab houses. One fired an anti-tank shell into the small mosque. In thirty minutes, two hundred and fifty Palestinians were killed. Zionism had carried out a massacre in the city of Lydda. 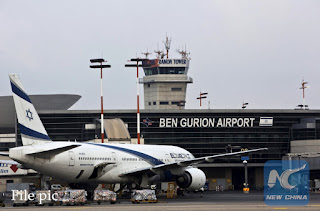 “israel” was founded on the ruins of Palestinian society.  Along the way in that Zionist quest, many massacres occurred, many lives were lost, dispossessed, and many villages were destroyed.

Some 90 percent of the Palestinians living in historic Palestine were driven out, many by psychological warfare and/or military pressure.

Well-known and widely documented examples of outright expulsion include the Palestinian towns of Lydda and Ramle, located roughly halfway between Jaffa and Jerusalem.

Operation “Dani” was the codename given for Zionist aggression against Lydda and Ramle from July 11-14.

The massacres of Lydda and Ramle account for approximately 10 percent of the entire Palestinian exodus from 1947-1949, the period commencing from the incompetent, naïve, and non-consensual UN partition of historic Palestine on November 29 1947 and ended more or less after the Armistice agreements between Israel and the neighboring Arab states in 1949.

The ethnic cleansing of Palestine has continued every since.  It is significant to note that Lydda and Ramle were clearly within the designated Arab State per the UN Partition plan of 1947.

Yitzhak Rabin, Operation Dani head of Operations and the face of the so-called Israel-Palestine “peace process” nearly 50 years later, issued the following order: “The inhabitants of Lydda must be expelled quickly without attention to age.”

(Palestinian Refugees: The Right of Return, Edited by Naseer Aruri). A similar order was issues at the same time to the Kiryati Brigade concerning the Palestinian inhabitants of the neighboring town of Ramle.

According to Israeli historian Yoav Gelber,

“Deir Yassin (another massacre) was not the worst of the war’s atrocities . . . the massacre of approximately 250 Arabs in Lydda … took place following capitulation and not in the midst of combat”

One official Israeli source put the casualty figures at 250 dead, with an estimated 350 more in the subsequent expulsion and forced march of the townspeople.  On May 6 1992, new revelations were published concerning the terrorist atrocities committed by the Palmah forces at Lydda.

After Lydda gave up the fight, a group of stubborn Arab fighters barricaded themselves in the Dahmash Mosque; the Israeli army gave an order to fire a number of shells at the mosque.

The soldiers who forced their way into the mosque were surprised to find no resistance.  Under the destroyed walls of the mosque they found the remains of the Arab fighters.

A group of between twenty and fifty Arab civilians was brought to clean up the mosque and bury the remains.  After they had finished their work, they were shot in the graves they had dug. 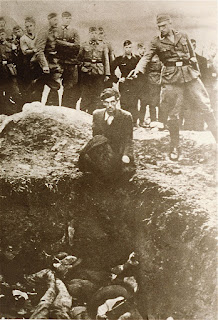 Make no mistake about it, the innocent sounding Operation Dani was nothing short of a brutal terrorist attack on a defenseless civilian population, reminiscent of the most recent Zionist aggression against the defenseless civilian population of the besieged Gaza, otherwise known as the most densely populated ghetto in the world per square mile, or the world’s “open air prison.”

Initiated under the guise of Operation Protective Edge, this is merely another attempt at humiliating and dehumanizing the Palestinian residents of Gaza, most of whom are refugees of 1948.  The major distinction being that today Israel is a much stronger military power backed by the one and only superpower (i.e. The United States of America).

Israel’s weaponry is much more sophisticated and destructive than in the past, whereas Palestinians have only grown weaker as the power disparity continues to widen in Israel’s favor, but yet Israel is the victim.  What is most shocking is that Israel’s claim of self-defense is presented in US mainstream media as logical and warranted.

The only problem with that presentation is that it is not based on reality, but Zionist fantasy, the same fantasy that claimed Palestine was “uninhabited,” “virgin,” “uncharted,” “undiscovered,” a “wasteland,” “wilderness,” “untamed,” “unoccupied,” etc… despite the overwhelming evidence to the contrary.

What is occurring in Gaza at this present moment is nothing short of a massacre.  But so long as the Orwellian characterization of Palestinians as “savages,” “heathens,” “barbarians,” “uncivilized,” “primitives,” or my favorite, “terrorists,” persists, the massacre will continue as a justifiable action by the “only democracy in the Middle East,” the civilized side of the conflict.

However, the only side in this conflict that can rightly claim self-defense is the defenseless.  If you do not know which side that is, watch and read what is happening in Gaza right now.  How about a simple scoreboard:  Palestinians deaths 90+, Israeli deaths 0.

The massacres of Lydda and Ramle must be remembered not as remnants of the past, but as an act of aggression that has continued with varying regularity throughout the life of the Israeli state.

Yitzhak Rabin has been heralded as a man of peace, the man who provided formal recognition to the Palestine Liberation Organization.  A lot of hope and inspiration was placed in Yitzhak Rabin as if he was not the same crusher of the first Intifada and dispossessor of thousands of Palestinians from Lydda and Ramle.

Just as in Lydda and Ramle, Rabin found no resistance in formulating a “peace process” that he knew himself would not produce peace, but an extension of Israel’s occupation.

Rabin recalled how Ben-Gurion had first called him in to his office to discuss the fate of both Lydda and Ramle: “Yigal Alon asked: what is to be done with the population?

Ben-Gurion waved his hand in a gesture that said: Drive them out!”  The man of peace did exactly that.

In the “Ethnic Cleansing of Palestine,” Israeli historian Ilan Pappe writes: “as recently as 1987, as minister of defence, he had ordered his troops to break the bones of Palestinians who confronted his tanks with stones in the first Intifada; he had deported hundreds of Palestinians as prime minister prior to the Oslo Agreement, and he had pushed for the 1994 Oslo B agreement that effectively caged the Palestinians in the West Bank into several Bantustans.”

Moreover, the illegal wall built by Israel to separate the West Bank from itself is not a post-Rabin era phenomenon.

Rabin himself closed off the West Bank and Gaza from Israel proper in late March 1993.  His vision was effectuated less than a decade later.

Our media has reversed cause and effect, victim and perpetrator, occupier and occupied and have humanized one side while purposely dehumanizing the other.

Such misrepresentations parallel that of the reporting on Lydda and Ramle.

Two foreign journalists, Keith Wheeler of The Chicago Sun Times and Kenneth Bilby of The New York Herald Tribune, observed the sights of Lydda and Ramle.

Apparently these Americans were invited by the Israeli forces to accompany them in the attack, what today we would call “embedded” correspondents.  Wheeler wrote: “practically everything in their [Israeli forces] way died.

Riddled corpses lay by the roadside.”  Bilby reported seeing “the corpses of Arab men, women and even children strewn about in the wake of the ruthlessly brilliant charge.”

Wheeler neglected to report the number of Palestinians killed and Bilby’s description alone evinces his view of the massacres (i.e. ruthlessly brilliant).

The reporting was absolutely one-sided.  Sound familiar?  The reporting on the recent atrocities in Gaza is scarce to begin with, but blatant misreporting highlights the opacity with which our media operates.

ABC’s Diane Sawyer illustrated the point quite emphatically by misleading the public into thinking Israeli society is on the verge of infrastructural and human collapse, when it is Palestinian society undergoing that experience.  Where is the outcry?