A Jew with an Israeli passport announces that the so-called Jewish nation is a made-up invention. Because a religion cannot be a people.” -Jewish Israeli professor from the University of Tel Aviv, Dr. Shlomo Sand 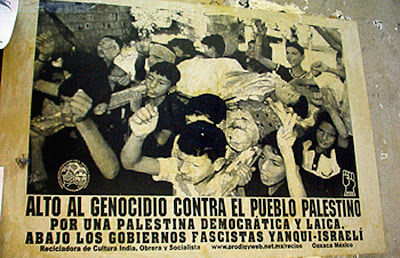 “Anti-semitism” is when someone tells the truth

At a peace conference in Chile, the Palestinian ambassador to the country cited the Czarist “anti-Semitic” tract The Protocols of the Elders of Zion as proof that Zionism was created to hide a Jewish plan for world domination.

Imad Nabil Jadaa also told the Conference for Peace in Palestine and Israel, held in Santiago, Chile, on May 15, that there is “no Jewish People” and that Palestinians don’t recognize the existence of a Jewish people. An English translation of his comments was only recently made public.

“Until 1896 when a group of academic intellectuals, financial advisers, majority being non-Jewish Europeans, decided to create the Zionist movement with one pretext/excuse; the creation of a homeland for the Jewish people,” he said. “Although the truth is that this (the goal) is to protect their plans of dominating life in the entire planet.”

“According to the book ‘The Protocols of the Elders of Zion’ published in 1923, discovered by Lenin after the triumph of the Bolshevik revolution in Russia was over, in that book they mention the destruction of the moralities of other religions,” Jadaa went on. 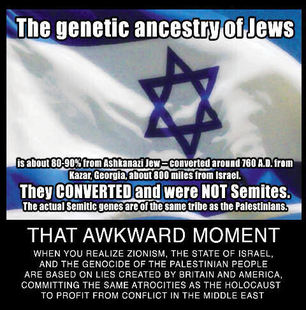 The Beirut-born Jadaa represents the Palestinian Authority in a country that has often been at odds with Israel over the Palestinian issue, even recalling its ambassador to Israel during last summer’s war with Hamas in Gaza.

An English translation of Jadaa’s comments, which were delivered in Spanish, was made public last week by the Institute for the Study of Global Antisemitism and Policy (ISGAP).

In his May speech, Jadaa also argued that Jews do not constitute a distinct people.

“This is not my personal analysis. Here we can refer to the Jewish Israeli professor from the University of Tel Aviv, Dr. Shlomo Sand, in his book ‘The Invention of the Jewish people.’

A Jew with an Israeli passport announces that the so-called Jewish nation is a made-up invention. Because a religion cannot be a people.”

LAGenie Retweeted · True Torah Jews @TorahJews
3 days ago
It's no news that Jews & Muslims lived in peace for 100s of years. Not only were we not enemies, but rather came together as friends.

5628
0
LAGenie Retweeted · Wayne Madsen @WMRDC
5 days ago
Memo to evangelicals: "Laying of hands doesn't mean the same to Trump as it does to you."
View on Twitter
3
0
LAGenie Retweeted · Angie Skys 8 @AngieSkys
5 days ago
There is an interesting situation in the US. Amid all the China bashing the Department of Justice in the US has become an ally for the Saudi Arabia government against the people in the United States suing for 9/11. The US government is helping Saudi fight Americans in court😎
View on Twitter
40
0
Follow @lagenie24