The musician Paul McCartney announced Thursday that he would not come to Israel later this month to receive the Wolf Prize for Music he was awarded in February.

“It’s very flattering and I’m grateful to be chosen for the Wolf Prize for Music this year,” wrote McCartney. “It’s certainly a great honor for me to be included among the greatest artists, creators, scientists and writers of today’s history. But after reviewing my schedule I have to announce that I will not be able to arrive at the date set.”

Last month, actress Natalie Portman announced that she would not arrive in Israel to receive the Genesis Prize. The dual American-Israeli citizen said in a statement that she cancelled her arrival upon knowledge that Netanyahu was scheduled to speak at the ceremony.

Adam Sandler has sided with Howard Stern in his war of words against former Pink Floyd singer-songwriter Roger Waters. “I’m very pro-Israel,” the comedian told Stern earlier this week, via Jewish Journal. “When you go off on Roger Waters, I fucking love that you do that. I’m disgusted that they single out Israel. All those nice Israeli people are getting a ‘fuck you’ from Roger Waters. … I’m not a crazy religious, but I’m proud of being a Jew, and that’s what I am.” 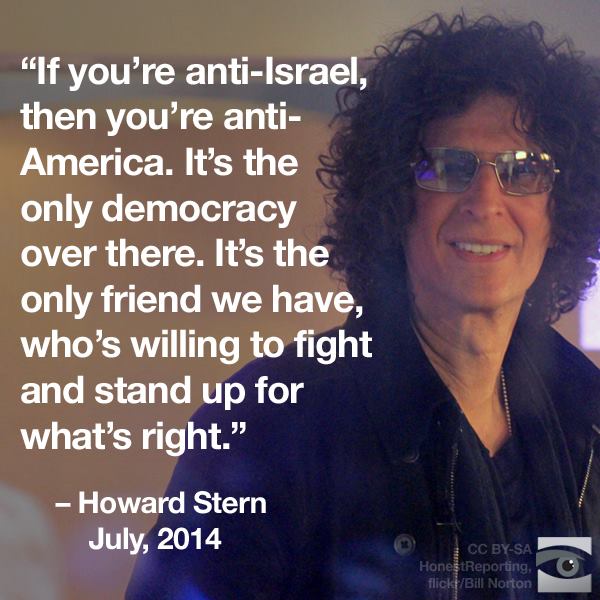 Anti-American, get that. #1: Israel has nothing to do with being Jewish. It is skanksville for skanks.

Howard Stern Fires Back At Roger Waters Over Israel

“Luckily, the guys in Foghat have no problem with Israel,” said Stern. “It’s just one guy from Pink Floyd”

Earlier this year, Stern ripped into Roger Waters for his extremely vocal support of a cultural boycott of Israel. “Where do you want the Jews to go, Roger?” he said. “You want them to go back to the concentration camps? What is it you want, fuckhead?” In an interview with Rolling Stone, Waters refused to respond in length. “I wouldn’t waste a single one of my precious breaths on that asshole,” he said. “And I just did. That was a waste of breath.”