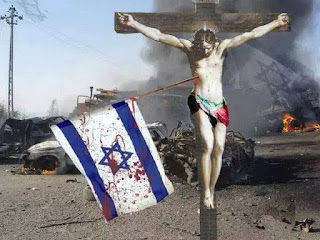 Christian Zionists want anything but peace in the holy land which would hinder their religious anti-Christ Zionist cult. We should all die so that they can be “raised up.” Observe:

What if – you might want to sit down for this – what if Trump has somehow actually gotten the Israeli and Palestinians to sign a peace treaty? 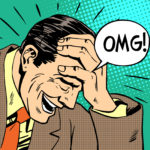 In the political world, there is one deal that is prized above all others, making peace in the Middle East between the Israelis and the Palestinians. Over the past 69 years, it has been tried and failed so many times that most people and politicians believe it simply cannot be done. As President Trump has repeatedly said, it most certainly is “the biggest deal” one could imagine.

When Trump was in Israel last week, millions of Christians across America were hoping that he would be using that trip to announce the moving of the US Embassy in Tel Aviv to Jerusalem , as mandated (?) in the Jerusalem Embassy and Recognition Act, passed by Congress in 1995. When he didn’t cries of “broken promise”shot across cyberspace as people struggled to understand why he didn’t do it. After all, President Trump was in Israel during the combined Israeli celebrations of the 6 Day War victory and the 50th anniversary of the reunification of Jerusalem.

How could there possibly be a better time to do it? The answer is there could be no better time, but what if he had something better than moving the Embassy already in the works and about to be released? What if – you might want to sit down for this – what if Trump has somehow actually gotten the Israeli and Palestinians to sign a peace treaty?

The Bible says that in the end times only 2 people will make peace in the Middle East. The first one is Antichrist (non-Zionists) who brings a false peace that is broken at the halfway point, and the second One is Jesus Christ who brings actual peace that lasts 1,000 actual, literal years as He rules on the Throne of David from Jerusalem for an actual, literal 1,000 year period.

What makes all this gel and come together is the incredible buzz around Washington about an announcement to be made shortly regarding “Middle East peace”. The buzz is not yet for public consumption as it will not be announced for another week or two, but in the backrooms of the corridors of power in DC it’s being discussed quite freely. NTEB is grateful for the many “eyes and ears” we have around the world but especially in Washington that keep us “in the know”.