UPDATE: I finally found a live person representing Nasim, the youtube shooter. That’s the end of my conspiracy theory! 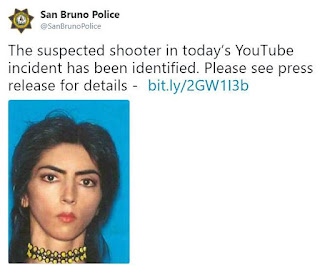 Why do the authorities only posses an animated image?

Interesting to include the youtube shooting with other false flags. What’s even more interesting is that I haven’t been able to find a single photo of a real person named Nasim Najafi Aghdam outside the videos.  Her website doesn’t exist either. Her images on the videos are clearly animated. Just one real photo would satisfy me. Wouldn’t her family have given authorizes a real photo?

I live in San Bruno about 5 minutes from the YOUTUBE HQ. I went outside but I didn’t hear or see any gunshots. Police blocked of the streets nearby so I can’t get close, but everyone is standing around looking bored. Yet another fabrication by the deep state.

One reason Aghdam doesn’t match the common profile of a mass shooter may be that she’s not one. Instead, she’s part of a side story to the saga of large-scale slaughters like the Parkland, Fla., massacre: “active shooter” incidents, as law enforcement labels them, that don’t necessarily end in a slew of deaths. Aghdam injured three; no one except Aghdam has died. Apart from her gender, it turns out, the circumstances of her assault don’t diverge much from the norm. 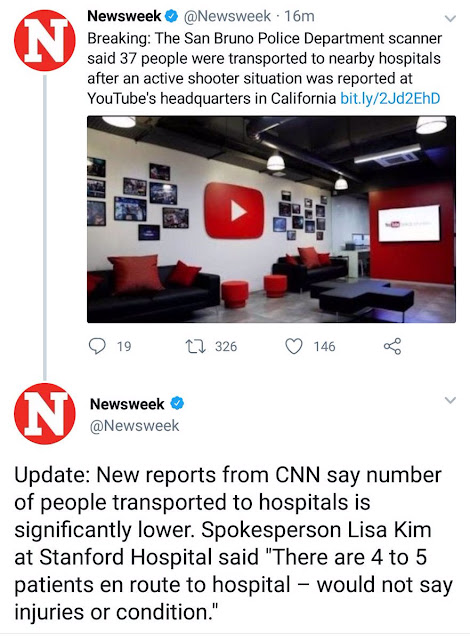 Aghdam stirred such a frenzy in part because she chose to attack one of the highest-profile workplaces in the country. But the FBI counts 220 “active shooter” events between 2000 and 2016; stories similar to this one simply don’t often inspire such feverish coverage or conspiracizing. And even those less-noticed tales garner more attention than the firearm homicides that have soared in recent years, as firearms in circulation have soared, too.

Can you do this? I can, because I am computer generated, probably by Israeli techies since I feature the star of David as background in my video.