Leaving a misguided war and choosing not to look back

Back in 1973, North Vietnamese forces occupying parts of South Vietnam neither disarmed nor withdrew.

Should this new agreement be finalized, Taliban forces currently controlling or influencing significant swaths of Afghan territory will neither disarm nor withdraw.

Indeed, their declared intention is to continue fighting.

In 1973, policymakers in Washington were counting on ARVN to hold off Communist forces.

In 2019, almost no one expects Afghan security forces to hold off a threat consisting of both the Taliban and ISIS.

A host of uncertainties remain. As with the olive branches that President Trump has ostentatiously offered to Russia, China and North Korea, this particular peace initiative may come to naught – or, given the approach of the 2020 elections, he may decide that Afghanistan offers his last best hope of claiming at least one foreign-policy success.

One way or another, in all likelihood, the deathwatch for the US-backed Afghan government has now begun.

One thing only is for sure. Having had their fill of Afghanistan, when the Americans finally leave, they won’t look back. In that sense, it will be Vietnam all over again. 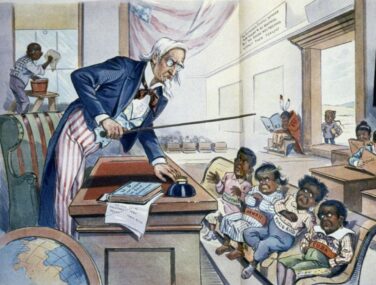 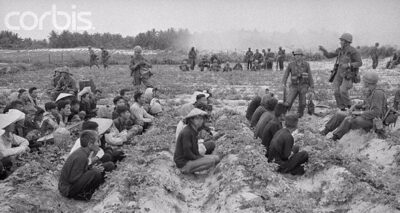 However great my distaste for President Trump, I support his administration’s efforts to extricate the United States from Afghanistan.

I do so for the same reason I supported the Paris Peace Accords of 1973. Prolonging this folly any longer does not serve US interests.

Rule No 1 of statecraft ought to be: When you’re doing something really stupid, stop.

To my mind, this rule seems especially applicable when the lives of American soldiers are at stake.

In Vietnam, Washington wasted 58,000 of those lives for nothing. In Afghanistan, we have lost more than 2,300 troops, with another 20,000 wounded, again for next to nothing.

Last month, two American Special Forces soldiers were killed in a firefight in Faryab province. For what?

That said, I’m painfully aware of the fact that, on the long-ago day when I offered Captain Nguyen my feeble condolences, I lacked the imagination to conceive of the trials about to befall his countrymen.

In the aftermath of the American War, something on the order of 800,000 Vietnamese took to open and unseaworthy boats to flee their country.

According to estimates by the United Nations High Commissioner for Refugees, between 200,000 and 400,000 boat people died at sea.

Most of those who survived were destined to spend years in squalid refugee camps scattered throughout Southeast Asia.

Back in Vietnam itself, some 300,000 former ARVN officers and South Vietnamese officials were imprisoned in so-called re-education camps for up to 18 years.

Reconciliation did not rank high on the postwar agenda of the unified country’s new leaders.

Meanwhile, for the Vietnamese, north and south, the American War has in certain ways only continued.

Mines and unexploded ordnance left from that war have inflicted more than 100,000 casualties since the last American troops departed.

Even today, the toll caused by Agent Orange and other herbicides that the US Air Force sprayed with abandon over vast stretches of territory continues to mount.

The Red Cross calculates that more than a million Vietnamese have suffered health problems, including serious birth defects and cancers as a direct consequence of the promiscuous use of those poisons as weapons of war.

For anyone caring to calculate the moral responsibility of the United States for its actions in Vietnam, all of those would have to find a place on the final balance sheet.

The 1.3 million Vietnamese admitted to the United States as immigrants since the American War formally concluded can hardly be said to make up for the immense damage suffered by the people of Vietnam as a direct or indirect result of US policy.

As to what will follow if Washington does succeed in cutting a deal with the Taliban, well, don’t count on President Trump (or his successor for that matter) welcoming anything like 1.3 million Afghan refugees to the United States once a “decent interval” has passed. Yet again, our position will be: we’re outta here; you guys sort this out.

Near the end of his famed novel The Great Gatsby, F Scott Fitzgerald described two of his privileged characters, Tom and Daisy, as “careless people” who “smashed up things and creatures” and then “retreated back into their money or their vast carelessness” to “let other people clean up the mess they had made.”

That description applies to the United States as a whole, especially when Americans tire of a misguided war. We are a careless people.

In Vietnam, we smashed up things and human beings with abandon, only to retreat into our money, leaving others to clean up the mess in a distinctly bloody fashion.