WASHINGTON, DC – JANUARY 15: VA National Guard stands outside the razor wire fencing that surrounds the US Capitol on January 15, 2021 in Washington, DC. Up to 25,000 troops are expected by Inauguration Day.

Just when you thought communism would never come to America, it’s here.

Biden’s got a slew of Jews in key slots fixing a sprawling Soviet-style central planning board in place.

With Jewish control of US Treasury; Homeland Security; Department of Justice; the CIA; National Intelligence; the FCC; the US State Department; the Office of Science and Technology complete with a COVID Czar; a Jew as chief of staff, and a High Tech lawyer as Kamala’s ’significant other;’ communism as Lenin and Stalin would have it reaches peak perfection in America.

And with Treasury, the FED, and National Intelligence joined at the hip with the military, compliance to the Jewish central planners is just a gun barrel away.

A dress rehearsal by the National Guard, doing security theatre, was enacted to quash any future patriotic dissent and those nationalistic ‘Trump rallies.’

The military serves the Jews, not you. 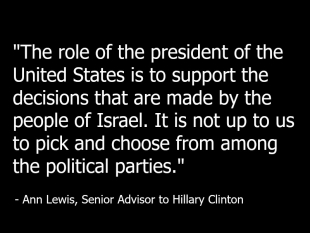 [”Senator Klobuchar:” “It is now my great privilege and high honor to be the first person to officially introduce the 46 th president of the United States, Joseph R Biden Jr!”]

Where was the FBI and the Jew-Stream-Media when we needed them?

Why didn’t they condemn and prosecute Hunter Biden for carrying out and recording sexual assault on children?

Forget the laptop from hell.

Hunter’s been sanitized and now re-shelved on the media’s mantle as a crime-free inaugural son.

[”A cry for survival comes from the planet itself. A cry that can’t be any more desperate or any more clear. And now, a rise in political extremism, white supremacy, domestic terrorism, that we must confront and we will defeat.”]

Take away his planet babble, and calls for unity, Biden told the world that he hates over half the American people since Whites make up 60% of the population.

The goal is to demoralize White Christian patriots—mostly of the hard-working Middle Class—hound them through intimidation tactics, and blackball them through cancel culture schemes, until their voices are silenced and their creativity is crushed.

The ’signs of silencing’ are in full display.

The headlines, the scripts, the spiels, the screeds, and the ’sounds of silencing’ are ringing in our ears. [Clip]

[”The January 6th assault on the Capitol and the tragic deaths and destruction that occurred underscored what we have long known: The rise of domestic violent extremism is a serious and growing national security threat. The Biden administration will confront this threat with the necessary resources and resolve.”]

The key is “extremism” which is “WrongThink.”

Are you a Trump supporter, with conservative, traditional, Christian views?

“DE” means you, a “domestic extremist.”

While Antifa and BLM get a free pass. [Clip]

[”Our initial work on DE falls into three areas: The first is the tasking from President Biden sent to the DNI today, requesting a comprehensive threat assessment coordinated with the FBI and DHS on domestic violent extremism. This assessment will draw on the analysis from across the government, and as appropriate, non-governmental organizations.”]

These “non-governmental organizations”—”NGO’s”—will doubtless be the Jewish witch hunters of the Anti-Defamation League, and of the SPLC, both groups known for their hatred of the White Christian race.

These free-speech-hating Jews will define “extremism” as any belief system that calls homosexuality a sin, abortion a crime, and transgenderism an assault on God’s creational design.

A Jewish reign of terror will come crashing down on Christians who hold all goodness, righteousness, and virtue, as dear.

China is not the threat.

The enemy is within—Biden’s slew of Jews—who, like termites, are eating away at the foundations of America.

Who can oppose this menace?

The threat is not from the left, but from complacent and complicit Republicans, who participate with the Democrats, and its partner, the Jew-owned media. [Clip]

[”We want to go now to Missouri Republican Senator Roy Blunt, he is the head of the congressional committee overseeing the inauguration and the outgoing chairman of one of the two committees investigating what went wrong with security last Wednesday. Good morning to you, Senator.” “Good morning, Margaret.” Your fellow Republicans have been quite critical, including Liz Cheney, including Mitt Romney, who called this an insurrection and said that the president was directly involved. Justice Department affidavits have individuals saying they came here because the president told him, them to. Is the president a danger to the country?” “Well, I think the president’s decisions and his actions that day and leading up to that day on this topic were clearly reckless. I said that very early in the evening on Wednesday that this was a tragic day for the, the country and the president had some, had involvement in that.”]

Just like the useless RINO McConnell, Blunt blames Trump and NOT the fraudulent election.

We need a new conservative party—call it the “Patriot Party”—that separates from the Jewish Zionist agenda, so as strangle the Republican Party even if the Democrats get the upper hand for 8 years.

“Let your enemy grow strong then cut him down,” the ancient sages say.

A new political party representing 74 million Trump supporters whose base would spread from counties to states can bring a nation under God to fruition.

A new political party will work, especially as we transition into secession.

2 min video clip Israel is an imperial outpost, an extension of Wall Street and the City of London in the Middle East. That's the origin of "Israel."
LAGenie @lagenie24
5 hours ago
One or both of those still on the run after the #GilboaPrison break could now be holed up in #Jenin, Zionist terrorist in charge said, prompting “the possibility of launching a large-scale terrorist operation” there. #Palestine #Israel https://t.co/RnR4XJziuc
View on Twitter

0
0
LAGenie @lagenie24
6 hours ago
Israel considers all Palestinians who aren't GONE enemies and terrorists. Enemies because Palestinians owns the land "Israel" sits on. Israeli leaders don't want to confuse ppl as to who is the real terrorist. #occupiedpalestine https://t.co/7p1hdAmH4Q
View on Twitter

0
0
LAGenie Retweeted · Team Palestina @TeamPalestina
6 hours ago
Tomorrow! #Derry #IPSC will have an information stall at the University of #Ulster Magee campus for freshers' week on Monday 20th September from 9.30 to 3pm. Find out about the work of the @IPSC and about #Palestine 🇵🇸 https://t.co/FlYYZo6vAM
View on Twitter

2
0
LAGenie Retweeted · Oldham Peace and Justice @OLDpeacejustice
6 hours ago
Israel continues to bomb the Gaza Strip on a regular basis.