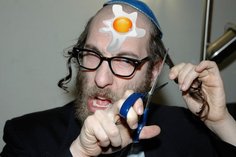 There are two big stories involving Israel and BDS in the American news this week. One is the Senate Republicans pushing a bill to punish supporters of Boycott, Divestment and Sanctions and thereby divide the Democratic Party.

The other is the uproar over the decision by the Birmingham Civil Rights Institute to rescind an award to Angela Davis because of the activist/scholar’s support for BDS, which one Birmingham Jewish group claimed “targets the Jewish people excessively.”

Davis was to receive the Fred Shuttlesworth prize on February 16. The BCRI changed its mind about the award, and canceled the gala, because of what is being reported as pressure from the Jewish community.

The story is proving to be a giant embarrassment to both the Civil Rights Institute and those Jewish organizations, showing the overreach of the Israel lobby. Angela Davis is now being showered with praise and the Institute is being condemned internationally; so much so that the top three officers of the organization resigned within days of rescinding the award (the chairman is a Honda executive). And one Jewish organization that applied pressure on the BCRI has tried to back away from its own letter to the Institute!

Roy Johnson, a reporter for AL.com, summarized the scandal on Roland Martin’s show.

This has been a big blow to the institute, it’s been a black eye that certainly extends around the world, the coverage has been global. You had to see some heads roll… The board is in the crosshairs of a lot of people in this city.

Both the Birmingham City Council and the Birmingham School Board made statements in support of Angela Davis, a native daughter of the city. Davis will be honored at a “grassroots” event on February 16, Johnson said; and it sounds like that event will be a gala of its own. “Organizations around the city are coming out in favor of honoring Angela Davis.”

Johnson stated bluntly that the decision was a mistake. He is still trying to determine “how they came to this extremely bad decision, and what were the factors, what were the pressures… and how they could not see this fallout coming.”

As for the Holocaust Education Center (BHEC), Roy Johnson reported at AL.Com that on January 2, its board sent a letter to the Institute, in which it “expressed concern and disappointment” over the award and urged the Institute to “reconsider your decision.”

In the letter, obtained by AL.com, the organization cited “recent outspoken support of the Boycott, Divestment and Sanctions (BDS) campaign against Israel, [which] is very troubling as it targets the Jewish people excessively.

“We do not suggest that Israel should be immune from criticism,” it continued, “but BDS ignores gross human rights transgressions by other countries around the world and focuses solely on Israel, the world’s only Jewish state.”

Johnson reported that the BHEC’s entire executive committee and its director signed the letter but they are now trying to walk it back.

“Our intention was to go on record about our concerns in a private letter sent to BCRI leadership,” [Board President Deborah Layman] said in an email to AL.com, responding to query about the BHEC’s letter. “We had no further part in the decision made by BCRI to cancel the event, and we were surprised at their decision.”

Regrets they’ve had a few: “I haven’t run across anyone in the Jewish community that expected that BCRI would comply with their request and then cancel their event,” Johnson said on Roland Martin’s show.

The award had also been slammed in Southern Jewish Life magazine, which headlined its story: “Prominent BDS activist Davis to receive Civil Rights Institute’s Shuttlesworth Award,” and referred to Shuttlesworth as a “towering” figure in the civil rights movement.

The embarrassment is resonating in terms of black-Jewish relations, of course. The two groups were allies during the civil rights struggle, but BDS is evidently pushing the mainstream Jewish organizations apart from black institutions. And people are making the connection between Davis’s rebuke and CNN’s firing of Marc Lamont Hill because he had said at the U.N. that Palestine should be free “from the river to the sea.”

The list of casualties is a long one. I’d add history teacher Joel Doerfler’s resignation from the Riverdale Country School last spring after he came under an onslaught of pressure for his pro-Palestinian views, mounted by donors to the school who met privately with the American Jewish Committee to coordinate their campaign.

And of course the firing of Steven Salaita at the University of Illinois-Urbana Champaign after he had tweeted his outrage over the Gaza massacre of 2014 and the school’s chancellor sought to “appease among others, pro-Israel donors.” The chancellor later resigned from UIUC largely because of the embarrassment that case caused. But Salaita’s career was in the process derailed.

The Angela Davis case looks to be different because the pushback is so instantaneous, the embarrassment so keen, and the damage is being experienced by the bad guys, the Birmingham Civil Rights Institute, the Birmingham Holocaust Education Center, and the Jewish Federations.

On that Roland Martin show, Joe Madison of Sirius XM radio says, “It takes you back to the 60’s and even the 50’s… I’m just so glad that Fred Shuttlesworth is not alive to see this.”

Rina Shah Bharara  says what Rashida Tlaib says (and is being unfairly maligned for saying), this is about the American interest: “Last I checked this is the United States of America, it’s not Israel. This whole idea of defending Israel at all costs is so confuses me on so many levels. I see it happening most out of the right. It’s coming out of the left as well. The conflict between Israelis and Palestinians… why we can’t inject our American ideals into this… and say this is wrong.”

While William Spriggs, an economist at Howard University says something we are bound to hear more and more as BDS breaks up the Democratic Party’s traditional affiliation with Israel:

“It creates division within the progressive community when we don’t need division.”

More responses. The NPR story on the case quoted Jewish Voice for Peace:

To argue that Angela Davis is unworthy of a civil rights award is beyond shameful. And to dance around the fact that it’s due to her outspoken support of Palestinian rights makes it outrageous.”

A JVP Academic Advisory Council letter in support of Davis– “The decision seems to stem from a misinformed view that to advocate for Palestinian human rights is somehow offensive to the Jewish community” — has over 350 academic signatures. JVP is also collecting signatures from non-academics.

And here is a National Lawyers Guild statement:emphasizing the ways that the civil rights movement inspired BDS.

it is appalling that the award would be rescinded due to Dr. Angela Davis’s support of Palestinian political prisoners, and the nonviolent Boycott, Divestment, and Sanctions (BDS) movement.

The BDS movement is part of a long tradition of freedom movements using economic pressure as a non-violent tactic. This legacy is particularly strong in the American South. In fact, Omar Barghouti, a co-founder of the movement, points out BDS was“ inspired partly by the American civil rights movement.” The well-documented and internationally recognized violations of Palestinian human rights by the Israeli government and military are an intentional consequence of ideological, political, legal, economic, and military systems known better as Zionism.  BDS is not, and should never be confused with, anti-semitism.

Rather, it is our moral consciousness put into action. Suggesting that BDS is synonymous with anti-semitism invisibilizes Jews, including members of the NLG Southern Region, who oppose the state of Israel’s human rights record and support BDS as a non-violent resistance strategy.  Palestine matters because ending colonialism matters. Palestine matters because we must stand up and say that all people have the right to dignity, and self-determination. Palestine matters because the fight against global white supremacy won’t be over until the structural inequalities throughout Israel/Palestine are addressed and made right.

The NLG makes the obvious connection to the Republican Party’s efforts to go after BDS, an effort many Democrats will surely join after the shutdown ends!

This week the US Senate attempted to bring bill S1 to the floor that would attempt to silence the BDS movement and chill our freedom of speech. Dr. Angela Davis has always spoken truth to power, and devoted much of her lifelong activism to international solidarity.  By connecting U.S. grassroots campaigns against state violence and racism to movement struggles in other parts of the world, Dr. Davis helps the world become more intimate. She brings us closer to understanding the nature of justice, and that the collective work needed to dismantle systemic injustice requires that we call out all oppression.

I’d note that Alabama Senator Doug Jones was one of four Democratic senators to side with Republicans on that BDS measure in a vote two days ago. And Doug Jones is a former vice chair of the Birmingham Civil Rights Institute. He surely feels much of the pressure that the BCRI did. I imagine donors are a concern for him.

Attacking the source of food of a nation or laying siege to a city whereby food is a legitimate aim and well used tactic of centuries old warfare.
View on Twitter
0
0
LAGenie Retweeted · True Torah Jews @TorahJews
10 hours ago
Israel uses Jews for their political agendas.

30
0
LAGenie Retweeted · Bint @PalBint
10 hours ago
The last time Israeli forces were present deep inside Lebanon, the massacre of thousands of Palestinians took place in the refugee camps of Sabra and Shatila.

We don't forget. https://t.co/iA3gmGLYhW
View on Twitter
117
0
LAGenie Retweeted · Cold Wind @ColdWind11
10 hours ago
Jeff Smith, particle physicist for the Los Alamos Laboratories of the DOE, a weapons designer and IAEA investigator who had worked in Israel, Syria, Lebanon, Iran, Mali and even spent 2 years in Moscow, confirms that what did this was a nuclear explosion. https://t.co/S07JKl6pKw
View on Twitter

115
0
LAGenie Retweeted · Tarqwin @TarqwinEtruscan
11 hours ago
Clear as day, the Beirut harbour blast was a missile strike. 6 seconds in you can clearly see it coming down. https://t.co/x4DwUumqfC
View on Twitter
1043
0
Follow @lagenie24