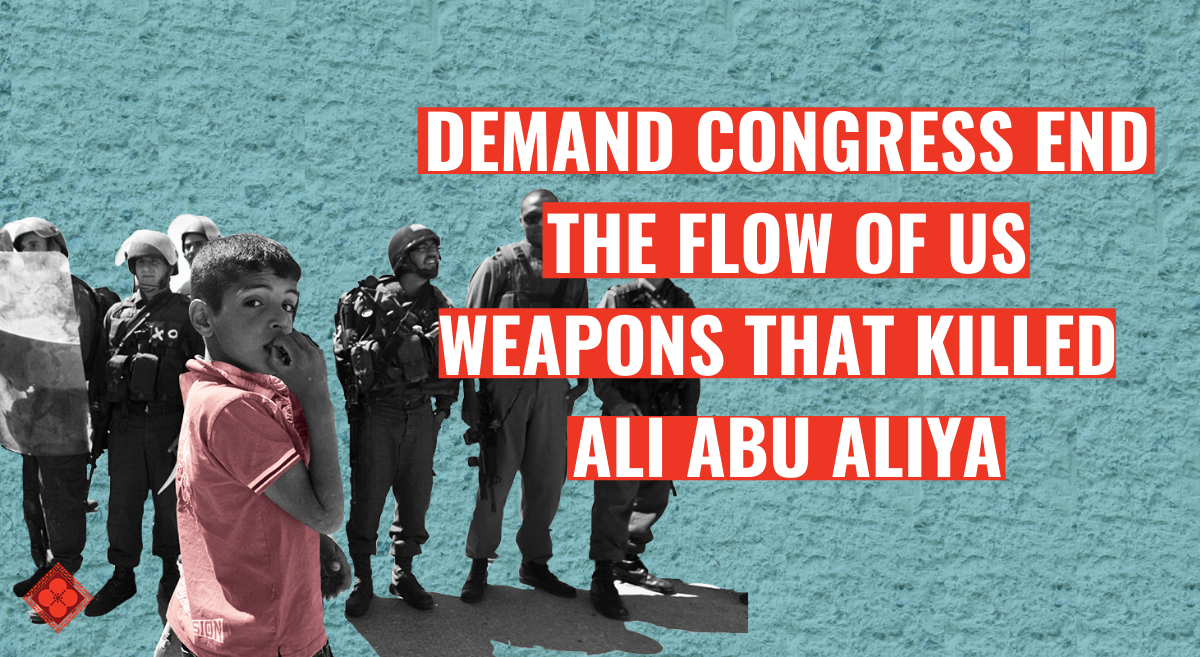 “Public opinion has been shifting not only on Israel, but on the idea that the United States government can give its allies a blank check”

JERUSALEM — Last year, Israeli forces killed a Palestinian teenager with an American gun. Now human rights organizations, activists, and politicians are calling on the United States to investigate the killing and stop the flow of military support to Israel.

On Dec. 4, 2020, Israeli forces fatally shot Ali Abu Aliya in the stomach while he was watching a protest against the establishment of a new settlement in the West Bank.

It was his fifteenth birthday. According to Defense for Children International – Palestine (DCIP), Aliya wasn’t participating in the demonstration and did not pose a threat to Israeli soldiers.

“Under international law, intentional lethal force is only justified in circumstances where a direct threat to life or of serious injury is present,” DCIP said.

“However, investigations and evidence collected by DCIP regularly suggest that Israeli forces use lethal force against Palestinian children in circumstances that do not appear to be warranted and may amount to extrajudicial or [willful] killings.” 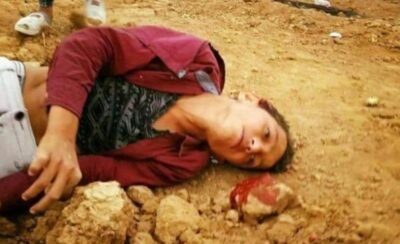 In the U.S., calls are growing for President Joe Biden’s administration to investigate Aliya’s killing, given that he was shot with a weapon made on American soil.

Israel is the largest recipient of U.S. foreign assistance, acquiring an estimated $3.8 billion annually in aid.

Roughly $800 million of the funds is dedicated to purchasing weaponry from inside Israel.

In addition to American dollars maintaining Israel’s occupation of Palestine, American weapons are also being used in the deadly violence against Palestinians.

Aliya was shot with a Ruger rifle, a gun manufactured in the U.S. by Connecticut-based Sturm, Ruger & Company, Inc.

This isn’t the first instance of the Ruger firearm being used by the Israel Defense Forces.

The Ruger 10/22, the semiautomatic sniper rifle that killed Aliya, has been used by Israeli forces as far back as 1987 during the First Intifada (Palestinian uprising against the Israeli occupation). Despite Sturm, Ruger & Co.’s code of ethics, the company has a distribution partnership with Israel.

The Arms Export Control Act and the Foreign Assistance Act of 1961 contain provisions barring the sale of American weaponry to countries engaging in gross violations of human rights.

And under the nation’s Leahy Law, the U.S. government is prohibited from providing assistance to foreign security forces committing human rights violations, such as extrajudicial killing.

With these laws in mind, American Muslims for Palestine (AMP) — along with 29 human rights organizations including Human Rights Watch, Amnesty International USA, and DCIP — sent a letter to the State Department urging the agency investigate Aliya’s death “as a possible case of extrajudicial killing that is subject to sanctions under the Leahy Law.”

“Every year around 1,000 foreign units will get suspended,” Jarrar said.

MY LATEST: #Israeli snipers work in pairs. A third person, the “locator,” helps the snipers locate their next target. Eden, an Israeli sniper revealed his pride at the grisly milestone that he and his team achieved https://t.co/tQ0appsRYR #Gaza #Palestine pic.twitter.com/qK80P2XrsT

“It’s a very strong system that works very well in other parts of the world, but it has not been implemented a single time in Israel.”

The State Department responded to AMP’s letter addressing military training in the U.S. but not the larger issue of the U.S.’s yearly, billion-dollar military aid package to Israel.

Currently, AMP is drafting a coalition response to the State Department.

“What we are trying to do now is to say ‘enough is enough,’” Jarrar said. “It is time to hold Israel and all other foreign countries accountable.

It’s time to hold all countries to the same standard.”

For Jarrar, the Biden administration’s decision on whether to follow through with the AMP letter’s requests is not just a matter of morality but a matter of law.

“If the Biden administration chooses to break U.S. law and continue to equip and arm foreign units accused of gross violations of human rights, that will not only be a political issue, it’ll also be a legal violation,” Jarrar said. 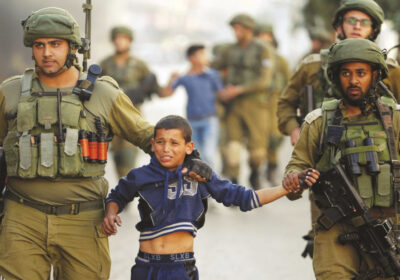 TRENDING:  Public Health Ambassador Takes COVID Genocide Jab On TV: “No Danger” & “It Will Protect Us” – He Was Dead In 24 Hours

Human rights organizations aren’t the only ones pushing for an end to military support to Israel in light of Aliya’s killing.

Members of Congress and the American people deserve to know whether U.S. taxpayer funding to Israel’s Ministry of Defense is being used directly or indirectly to facilitate or enable violence against Palestinian children.

Committing human rights abuses with impunity and with U.S. taxpayer aid is intolerable and there must be accountability on the part of the U.S. Government.” 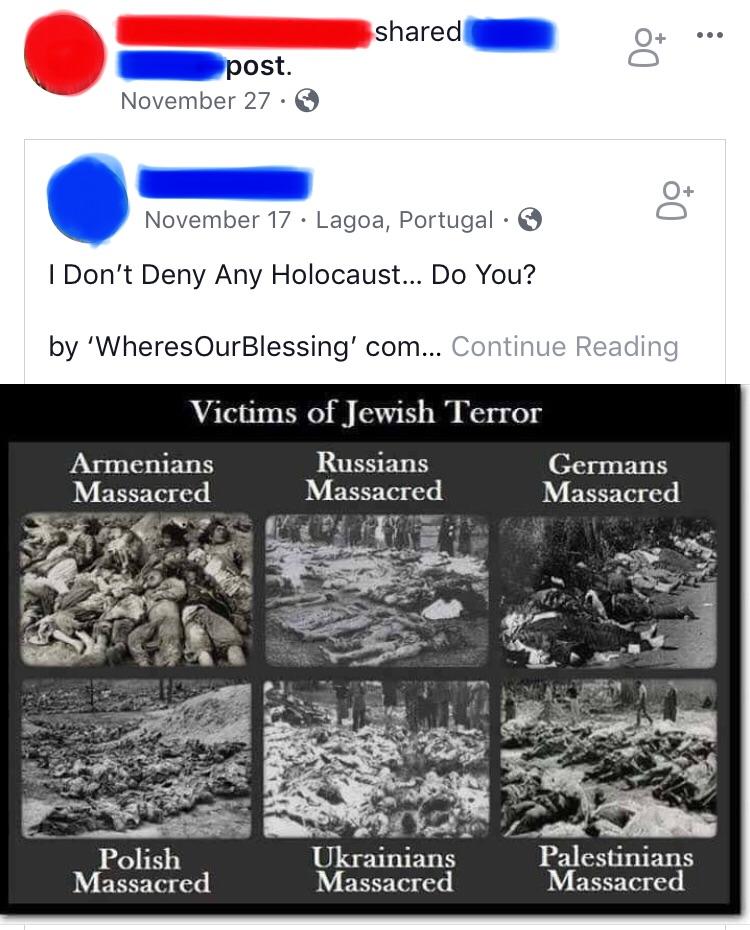 McCollum introduced a bill in 2019 and a bill in 2020, both of which focus on U.S. military funding to Israel.

The bill currently has 24 cosponsors.

Grassroots activists are pressuring congressional leaders to stop the flow of American weapons to Israel.

The US Campaign for Palestinian Rights launched a call to action demanding Congress hold Israel accountable and cease arms sales.

And, on a more local level, Massachusetts Peace Action released a similar direct-action initiative for Massachusetts residents to urge their representatives to support the aforementioned bills.

The U.S. has been a great ally to Israel since the state’s inception, with some experts even arguing that Israel can’t survive without American financial support.

But as Americans become increasingly critical of the Israeli government, foreign assistance is put under a microscope. 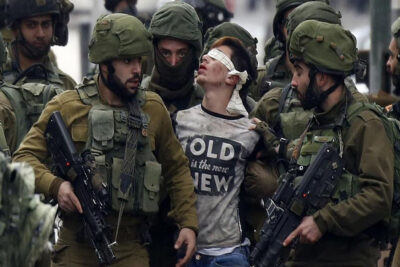 Recent polls have shown that Americans—particularly Democrats, Millennials, and Gen-Z’ers—believe Israel has too much influence on American politics and support conditioning aid to Israel.

This public shift is reflected in congressional support.

When I moved to Washington, D.C. 15 years ago, we used to have four or five members of Congress willing to step outside of the pro-Israel, hardcore line.

And now sometimes we have 50 or 60 members of Congress who sign on to letters demanding accountability and justice in Israel and Palestine.

So, the tide is definitely shifting and this administration feels the heat from Congress and change will come.”

Whether it’s Rep. McCollum, “the squad,” or Sen. Bernie Sanders, more and more of Congress’ progressive wing is speaking out against Israel’s actions. 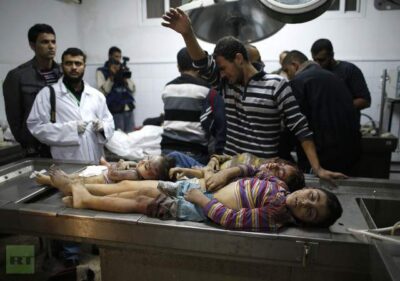 The majority of Americans and Congress are still largely supportive of Israel, but voices from the pro-Palestinian camp are getting louder.

With a slew of domestic problems spurred by the coronavirus, Americans want greater transparency when it comes to how their tax dollars are spent.

And they appear less willing to tolerate their government’s complicity in human rights abuses in foreign nations.

“Public opinion has been shifting not only on Israel, but on the idea that the United States government can give its allies a blank check,” Jarrar said.

“There’s a clear movement saying our government has to stop contributing to human rights abuses abroad. And Israel is no exception to that.”

I have no appreciation for Bernie Sanders or “The Squad,” but I do think foreign aid to Israel should be pulled, as well as every other country.