Last November, the US Department of Justice ordered the RT broadcaster’s branch in the United States RT America to register as a foreign agent under the Foreign Agents Registration Act (FARA). This wouldn’t mean much if anything to me if not for the blatant and treasonous exception of AIPAC and other Israel agencies tolerated by US government.

Between 1962 and 1963 Senator J.W. Fulbright uncovered a massive network of financial “conduits” moving funds directed by the Jewish Agency in Jerusalem to Israel lobby startup groups across the United States.  Even as JFK attempted to place Israel’s Dimona nuclear weapons program under US inspection, RFK ordered the AZC to openly register and disclose all of its foreign funded lobbying activity in the United States. But of course JFK was assassinated first! 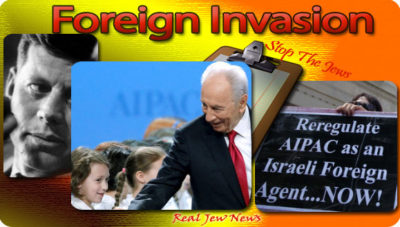 Cubans in US government:

Ros Lehtinen was born in Cuba in 1952 and came to Miami in the 60’s. Raised a Catholic, her grandfather was a leader of the Jewish community in Havana who stayed on after the Revolution.  She joined the most intransigent hard right in Miami, the remnants of Cuba’s Plantocracy formed by former slave owning sugar and rum interests. Ros Lehtinen is swimming in the same waters as Jeb Bush and other corrupt officials, and  is a strong supporter of Israel’s right wing.

Hurrah, mi querido amigo, @marcorubio!
Gracias for including my bills on Israel and Jordan security!
You are a warrior for good in the tradition of the Israeli Maccabees! https://t.co/Kvtdg4SosY

Important article by @FrancoOrdonez on efforts to stop Maduro from stealing gold that belongs to the Venezuelan people. Discusses my new legislation to block him. https://t.co/g7NljPfll5