Russia mocks America’s ‘umpteenth’ report of Baghdadi’s death claiming there’s no evidence the ISIS leader was killed. Apparently the underwear DNA was not convincing. AND officials in Russia also claimed there were no recorded airstrikes in the Idlib zone on Saturday when the operation was said to have taken place.

They stole his underwear for DNA

RUSSIA has sneered at claims that ISIS monster Abu Bakr al-Baghdadi was killed in a fiery raid – mocking Donald Trump’s announcement as the “umpteenth” such report of his death.

The US president said Baghdadi “died like a dog” when he blew himself up in a tunnel as he fled US special forces at the weekend.

Top CIA officials openly admit, Al-Qaeda is a total and complete fabrication, never having existed at any time. 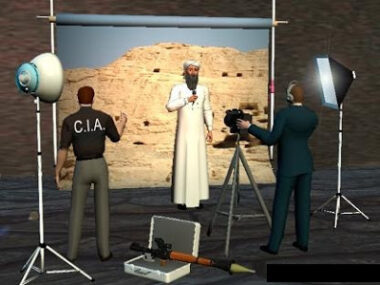 Mr Trump said the ISIS chief – who became the world’s most wanted man – died “crying, whimpering and screaming and bringing three kids with him”.

Hailing Saturday night’s operation as an “unbelievable success” he called it a “great night for the US and for the world” as they had brought the “world’s greater terrorist leader to justice”. 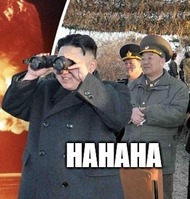 But, Russia’s defense bosses downplayed the victory, saying they were skeptical about his announcement.

Russian state-operated news agency, RIA, quoted Major-General Igor Konashenkov saying: “The Russian Ministry of Defense does not have reliable information on the operation by US servicemen… on yet another ‘elimination’ of former IS leader Abu Bakr al-Baghdadi.”

Last respects have been paid to al-Baghdadi at least five times in the past.

He told Interfax news agency: “Last respects have been paid to al-Baghdadi at least five times in the past.

“(Also) countering terrorism is a much more difficult task than the physical destruction of its leaders, even the most irreconcilable.”

Officials in Russia also claimed there were no recorded airstrikes in the Idlib zone on Saturday when the operation was said to have taken place.

Trump said US military helicopters flew “very low” over territory controlled by Russian and Syrian forces before landing at Baghdadi’s compound in the village of Barisha.

However Russia said the ministry was unaware of “any alleged assistance to the passage of American aircraft into the airspace of the Idlib de-escalation zone during this operation.”

Military bosses said that the ISIS chief’s presence in that area would be unlikely because the territory is controlled either by the Syrian government or by an al-Qaeda affiliate that is an IS rival.

Trump’s announcement was also scoffed at in Iran.

Iran’s Information Minister, Mohammad Javad Azari-Jahromi, mocked Saturday’s raid on Twitter, saying, “not a big deal, You just killed your creature” – accusing the US, its longtime foe, of creating ISIS.

And Iranian government spokesman Ali Rabiei tweeted: “The killing of Baghdadi will not end Daesh (Islamic State) and its ideology … which was created and flourished with the help of regional petrodollars.”

Meanwhile, in Afghanistan an ISIS fighter told a Reuters reporter that he suspected news of Baghdadi’s death was fake.

The militant, who identified himself as just Shaheen, said: “If the US really killed him, they should show the evidence, show the body.

“But let’s say he was killed, it wouldn’t matter.

“Our struggle is not for Baghdadi, our struggle against the infidels is for Allah.” 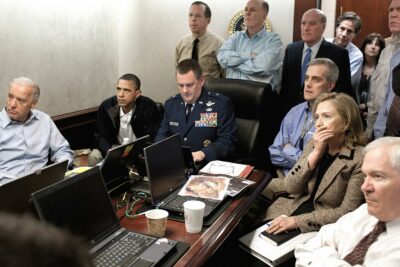 oops wrong photo, this was the bin-Laden raid

This is the Al-Baghdadi raid.

“We have been working together with the CIA to track Al-Baghdadi and monitor him closely,” Polat Can, a senior SDF official posted on his Twitter account.

One interesting fact was yet to be revealed, as SDF said it needed evidence to prove Al-Baghdadi’s identity. 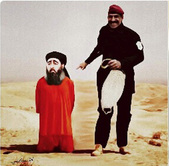 I got his underwear!

“Our own source, who had been able to reach Al-Baghdadi, brought Al-Baghdadi’s underwear to conduct a DNA test and make sure (100%) that the person in question was Al-Baghdadi himself,” he added.

ISIS == ISRAELI SECRET INTELLIGENCE SERVICE. The former employee at US National Security Agency (NSA), Edward Snowden, has revealed that the British and American intelligence and the Mossad worked together to create the Islamic State of Iraq and Syria (ISIS).

LAGenie Retweeted · Nagy Abdelsalam @24nagyelshafie
3 days ago
Never, ever, ever to name Israel as a state. Israel is a very systematic gang that follows the laws of predatory forest, supported by USA, Europe, and all Arab rulers because all of them are dictators and Zionist agents particularly M. Abbas, Sissi, M. Salman https://t.co/hMGRGaV0cc
View on Twitter
2
0
LAGenie @lagenie24
6 days ago
https://t.co/43i4t9YSaL https://t.co/RJj9xtimbZ
View on Twitter

0
0
LAGenie Retweeted · Middle East Eye @MiddleEastEye
6 days ago
On this day 60 years ago, France tested its first nuclear bomb in the south of Algeria around 30 miles south of the small town of Reggane

1190
0
LAGenie Retweeted · Burning Flowers... @willwilla1
6 days ago
@danielmarans @fshakir @BernieSanders Everyone sees the writing on the wall. Get on board or get pitchforked, ur choice...
View on Twitter
1
0
LAGenie Retweeted · Chris Floyd @empireburlesque
6 days ago
My fellow Americans: You think you live in a free country? You don't. You live in an authoritarian ethno-state that's sending armed goons to impose its will on you. And these same goons will come for you if the vote goes the "wrong" way in November. https://t.co/p9xxQuo7Qe
View on Twitter
7
0
Follow @lagenie24