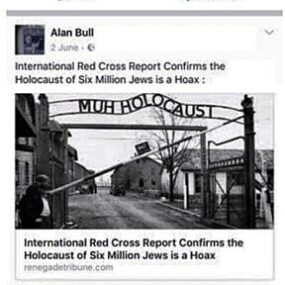 That they are now beginning to concede that the “6 million” is nothing more than Zionist propaganda is a major blow to the myth.

Boston University’s director of the Elie Wiesel archive, Bar-Ilan University’s Institute of Holocaust Research historian Joel Rappel has discovered the origin of the infamous “6,000,000” number: a 1944 meeting of Zionist pioneering organizations in what is now known as the state of Israel.

For years, supporters of the Holocaust narrative have held that the number first appeared at the Nuremberg trials using highly discredited testimony by Auschwitz commandant Rudolf Hoss.

The 6,000,000 figure was again repeated by Adolf Eichmann, who was kidnapped by the Mossad and forced to participate in an internationally televised 1962 show trial in Israel.

According to documents in the Central Zionist Archive, the first mention of the 6 million claim was at a meeting of high ranking Zionist political figures in Palestine on January 19th, 1944 — more than a year before the war in Europe ended and a census could be taken, and a year before the Red Army entered Auschwitz.

Rappel names Eliezer Unger, a Polish-Jew who helped lead the Hashomer Hadati religious Zionist youth organization, as the major figure in developing the count of Jews killed by the Nazis. Unger claimed to have escaped from his Polish ghetto through Eastern Europe.

After arriving in Palestine, he stated his intention “to shock the entire world, all of humanity and our brothers the Children of Israel in particular.” 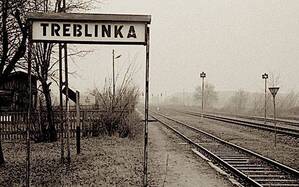 1943: Jewish Press Publishes Cover Story To Explain Why No Mass Graves Of Jews Would Be Found After The War

Unger had no evidence for what he was saying, but he did not believe Rabbi Stephen Wise’s assertions in the international media in 1943 of 2 million Jews being killed was making enough of an impact.

After Unger met with the Jewish groups and got them all on the same page, Haaretz published a small article a few days later that for the first time put the 6 million figure on the record, preceding German military leaders tortured into making confessions after the war.

It doesn’t appear that Unger mentioned anything about homicidal gas chambers.

The Haaretz article ends the revelation by quoting Eichmann’s chief prosecutor Gideon Hausner, who on the 6 million number stated: “In the consciousness of the nation the number 6 million has become sanctified.

It’s not so simple to prove that. We did not use this number in any official document, but it became sanctified.” In other words, it’s a lie.

After decades of killing, imprisoning, firebombing and bankrupting Holocaust revisionists, it seems that the Jewish community is now being forced to recalibrate their narrative and give more and more ground.

That they are now beginning to concede that the “6 million” is nothing more than Zionist propaganda is a major blow to the myth.