“The information “coming soon’ will be connecting the Benghazi attacks, the Bin Laden raid, the FBI raid / Uranium One Whistleblower Nathan Cain, and the Fast & Furious operations. This will implicate many government officials at the very highest levels.”

BREAKING: In this article is a full interview of a CIA Whistleblower, Allan Harrow Parrot, who is being interviewed by Charles Woods and Nicholas Noe. It surfaced on Sunday and shows the three talking about the blackmail /extortion of $152 Billion US dollars, that was sent to Iran to cover up the deaths of Seal Team 6 by the Obama/Biden administration. 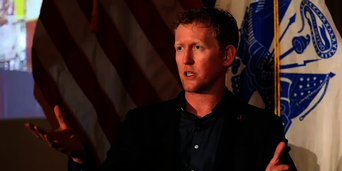 What an embarrassment for this guy! He’s an author on the topic and a motivational speaker. How were they suppose to know it was a body double? 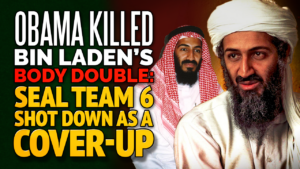 The following are updates that have unfolded since the article was originally published:

UPDATES 10/13 President Trump retweeted this article. 10/12 the maker of the videos below, toward the end of this article, confirm in this footage, that the documents have now been delivered to a “Congress Person” for evaluation:

In the video the CIA whistleblower said the following:

“A heavy price has been paid for what we are uncovering, and millions of people want to see,” Parrot said.

The truth has to come out, “said Charles Woods, the Father of Ty Woods who was killed at the Benghazi compound, and who was very interested in the discussion.

“This is the beginning of the end for the bad guys,” Parrot said.

Anna Khait was the first to report on the CIA Whistleblower videotape in the following Twitter post:

This video, of the CIA Whistleblower, surfaces on what the Trump campaign reminds us is the 8 year anniversary of when Democrat Joe Biden lied in a debate about the security needs of the Americans in Benghazi.

Nicholas Noe, a Military Veteran is the one who brought the three together and suggested in the video that the reason he ended up running into Parrot was that he was researching why it appeared as if the American Government wanted all of the people connected with Benghazi to die.

The video went viral around the world:

“Dead men tell no tales,” Parrot said, in the video, while exposing a plot to “put targets on the backs of the members of Seal Team 6”.

Remember when Obama and Biden claimed they had no idea that there was a need for more security at the Benghazi compound where Ty Woods was killed.

In the video Parrot, the CIA Whistleblower, lays out a convincing story that needs to be investigated.

The following is a partial transcript of what Parrot said on the video:

“Our military is so well trained and their work is very compartmentalized, and it is the people at the top who make the decisions, and Ty Woods died unnecessarily, at the hands of Hillary Clinton, Joe Biden and John Brennan,” Parrot said.

“The story starts in the 1970s when they started an alternative CIA called the Safari and it was funded by foreign banks and bank accounts and I have those numbers and Osama Bin Laden was one of those people who benefitted from the funding from those who were a part of the Safari Club.

They were subverting oversight control of the successor of the Church Commission which is the Senate Intelligence Committee,” Parrot said.

The story goes on and Parrot said there was no need to invade Afghanistan, since, “John Brennan, Richard Clarke and Joe Biden, a long list, the Safari Club had started to do something good, but it didn’t turn out good.” he said.

“Leon Panetta, whose first job in the administration was to cancel Rigor covert, CIA program to get Osama,” Parrot said.

“I negotiated with Iran to transfer Osama Bin Laden, to be put in a neutral zone, I had it on tape that it was agreed to, and I went to Bill Richardson who agreed to receive Bin Laden, and it turned out Bin Laden had been transferred. They outsourced the prison duties of terrorists to Iran.

So they had no choice but to accept Clinton’s deals. She knew that they would give him up without any struggle, and she had him moved to Abbotabad Pakistan in 2010 and that was our first overhead view of him walking in the garden.

It was an advertisement that he was there. He was awaiting his trophy killing, “Parrot said.

“One of his sons said Bin Laden was resigned to dying there. The Iranians turned it into a fateful result and pulled him out at the 11th hour – a double agent provided DNA to CIA station chief, that it was Bin Laden in Abbottabad and they sent in Seal Team 6 and they only told Obama about Seal Team 6 kill mission after it was over, and when the Radar was put back up so they could not go back,” he said.

“It was a one-way trip, and we have witnesses who say that Hillary and Panetta were threatening Obama that if he didn’t go along with the kill mission that they would go to the press and he would not survive politically. That is when they pulled him off the golf course after it was over,” Parrot said.

“The architects were Hillary Clinton, John Brennan, and Panetta. Seal Team 6 killed Osama’s double, based on one of the wives who screamed that and that is why they didn’t save the body, they threw the parts over the mountains, and John Brennan told everyone to lie,” Parrot said.

“You must bury Muslims on land, Brennan is Muslim (wtf?) and he knows it is a lie. Biden, Hillary and Brennan trusted Iran to get Osama and keep him there, and they didn’t and that is why Iran bribed him. Obama paid them 152 Billion and Biden had them killed. We have the documents.

We are on the winning team. We have Terrabytes of information, video, audio, photos,” he said.

So was Seal team 6 shot down on purpose? Noe askes.

The full interview is in this Tweet and if true could be the story of the the biggest betrayal in American History.

This video, of a Tucker Carlson show, appears to confirm some of the details of Parrot’s testimony.

President Trump retweeted the article on 10/13.

This story is developing…