Director of the human rights organization al-Haq Shawan Jabarin argued that the killing exposed an Israeli policy of opening fire on Palestinians who do not pose a lethal threat, which is routinely followed by a fabricated statement from Israeli authorities claiming the victim had intended to carry out an attack.

2018 marks the 71th anniversary of Israel’s occupation of  Palestine

“Israeli authorities intensified the expansion of settlements and related infrastructure across the West Bank, including East Jerusalem, and carried out a large number of demolitions of Palestinian property, forcibly evicting more than 660 people,” the report states.

“Many of these demolitions were in Bedouin and herding communities that the Israeli authorities planned to forcibly transfer.”

Addressing the use of lethal violence, Amnesty International noted that Israeli forces killed 76 Palestinians and one foreign national in 2017, adding that “many, including children, were shot and unlawfully killed while posing no immediate threat to life”.

Some killings, Amnesty continued, “appeared to have been extrajudicial executions”. 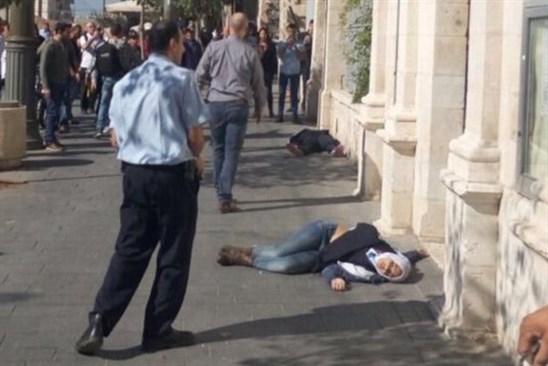 Israeli forces shot two Palestinian teenage girls, killing one and wounding the other, after they were allegedly involved in a stabbing attack

Across the occupied territories, “Israeli forces, including undercover units, used excessive and sometimes lethal force when they used rubber-coated metal bullets and live ammunition against Palestinian protesters”, killing “at least 20, and injuring thousands”.

Amnesty’s annual report notes the killing in December of “wheelchair user Ibrahim Abu Thurayya”, who “was shot in the head by an Israeli soldier as he was sitting with a group of protesters near the fence separating Gaza from Israel”. 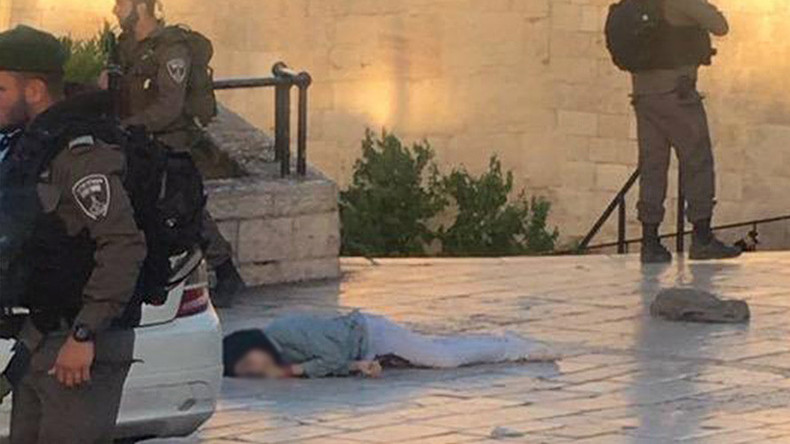 The new report also commented on Israel’s use of mass incarceration as a tool of political repression, documenting how “Israel detained or continued to imprison thousands of Palestinians from the OPT, mostly in prisons in Israel, in violation of international law”.

Israeli authorities also “continued to substitute administrative detention for criminal prosecution”, says Amnesty, “holding hundreds of Palestinians, including children, civil society leaders and NGO workers, without charge or trial under renewable orders, based on information withheld from detainees and their lawyers.”

Furthermore, “Israeli soldiers and police and Israel Security Agency [Shin Bet] officers subjected Palestinian detainees, including children, to torture and other ill-treatment with impunity, particularly during arrest and interrogation.”

Amnesty International also accused Israeli authorities of using “a range of measures, both in Israel and the OPT, to target human rights defenders who criticized Israel’s continuing occupation.”

Other topics covered by the report, in relation to Israel’s ongoing rights violations, included the lack of accountability, “more than three years” later, for “evidently unlawful attacks including war crimes” committed by the Israeli military in its 2014 assault on the Gaza Strip. 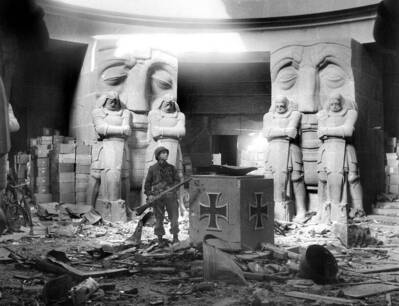