“I will give you the glory of these kingdoms and authority over them,” the devil said, “because they are mine to give to anyone I please.”

Books: The All Lies Invasion- excerpts 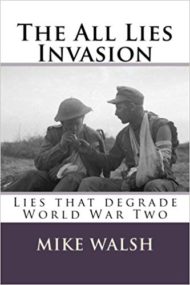 If the people only knew

THE REAL REASON FOR WAR

“It is not true that I wished for war in 1939, neither I nor anyone else in Germany.
War was provoked exclusively by those international statesmen who were of Jewish
race or who worked in the interests of international Jewry.” ~ Adolf Hitler Last Will
and Testament.”* 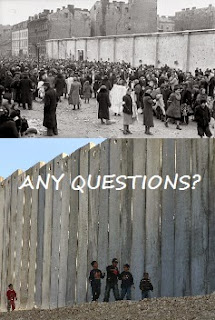 Winston Churchill was a dilettante. His sexual preferences were ambiguous. It has been confirmed that before, during and after WW2, Churchill and many members of the establishment were regular patrons of homosexual clubs and orgies where pedophilia was openly practiced.  Churchill’s visits to Morocco and the South of France were said to be the places where Churchill took breaks to indulge in his pastime as an artist. they were nothing of the kind. These two locations provided further opportunity for pedophilia activities away from the public eye. Wartime Premiere Winston Churchill was despised at Marrakesh, Morocco where he was delivered of small Arab boys for his depraved pleasures.*

War is good for some, bad for most.

How do you know when a book is bad and an author is fake? YOU have done enough homework to catch even so much as ONE lie, and there you have it. How can the book be valid after that?

I did not buy this book to read about the ‘6 million’ version of the holocaust which is truly outdated and many things in that version are just plain wrong. Time tells. Any true historian would know this.  My interest was Allen Dulles and Vietnam because THIS history is what I am interested in learning and THAT’S how the book is advertised.
Boy, is this book a swindle.

This is the video that sparked my interest in the first place. This history I learned for the first time. I was hoping that Talbot’s book would give me further knowledge. So for now James DiEugenio is where I leave off. This information is very interesting anyway.

Muslims are not the anti-Christ!

MY book would be titled ‘E is for EVIL Jews’

All this over a children’s book: as the civil liberties group Palestine Legal explains, P is for Palestine “features a Palestinian girl with black curly hair who takes a diverse group of children through an illustrated ‘alphabetic adventure to Palestine’ with phrases such as ‘B is for Bethlehem,’ ‘F is for Falafel’ and ‘J is for Jesus.’”

But what raised the ire of Israel supporters, according to Palestine Legal, is “the use of the word ‘Palestine’ in the book’s title” and the “use of the word intifada to illustrate the letter i.”

For this, one member of the Upper East Side Mommas accused Bashi of “inciting death.” Another declared, “Nothing more racist than Muslims!!!!!!!”

Such was the hostility that the moderators had to temporarily shut the group down.

But that was not the only online forum for incitement against Bashi and her book.

Doeblin told The Electronic Intifada that at the request of a “group of young mothers” who were attacking P is for Palestine, his store hosted a reading of a children’s book glorifying Israeli combatants in the 1967 War which marked the beginning of Israel’s brutal, ongoing occupation and its illegal colonization of the West Bank and Gaza Strip, and Syria’s Golan Heights.