The Jew is prejudiced against the Bible. When he uses that term, he does not mean what the ordinary person means. Therefore, he does what he can to destroy public honor of the Book, unless it be an occasion where a President has been inaugurated, when it will run through the Jewish press like a strong breeze that once more has a Christian statesman ignored the Christian Bible and turned to the Jewish Bible. It is rather a trifling matter to mention; its significance comes solely from the light it throws on the Jewish attitude. It is not a trifling thing in Jewry, as the country will probably be made aware if any future President should be sworn in with, say, the Sermon on the Mount open before him.-Henry Ford

“The Jews’ interference with the religion of others, and the Jews’ determination to wipe out of public life every sign of the predominant Christian character of the United States, is the only active form of religious intolerance in the country today” Instead of blessing Jews with truth and godly rebuke, Christians have aligned themselves, through unconditional support and material blessing, with the Christ-denying state of Israel.*

The bill passed second reading at the end of April, and is now before the Standing Committee on Justice Policy.

The bill provides that no demonstration, rally or other activity that, in the opinion of the Speaker, is likely to promote hatred against any identifiable group, shall be permitted on the legislative grounds.

(B’nai B’rith Canada, on its 2018 annual audit, reports a 16.5% increase in incidents from the previous year.) There is also a consensus in Canada that discrimination on the basis of race is equally unacceptable. 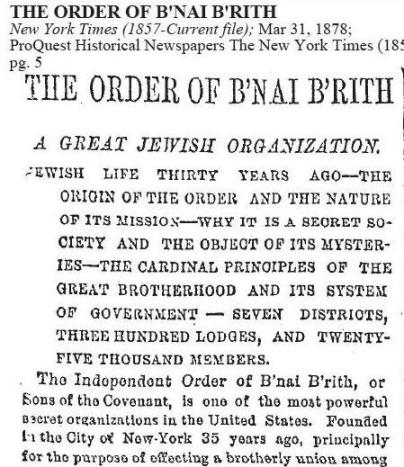 No surprise here, folks.  The self-styled “conservative” Roman Baber is a Jew who was born in the former communist Soviet Union but also lived in Israel before moving to Canada as a teenager.

Why any Canadian would trust this treacherous peddler of “multiculturalism” and “inclusivity” is beyond belief.  Jews usually use proxy warriors to introduce direct attacks on Christians so as to avoid the backlash and inevitable “antisemitism”.

But the fact that Baber introduced this hateful, anti-Christian and anti-White legislation demonstrates just how confident the Jews must be that they have Canada in complete lock-down.

But given the fact that prior to arriving in Canada, Baber lived in two countries that were either hostile toward Christianity (Israel) or outright outlawed it (USSR), it should be no surprise to Canadians that he wants to see it not only marginalized but also criminalized in “Kanada”.

And make no mistake, Canada’s “Human Rights Commission” is modeled after the Soviet Cheka, whose first order of business was to jail and even execute “antisemites” who dared notice that those who were committing the mass murder of White Christians in Russia were mostly Jews like Baber and his ancestors.