Once again, COVID-19 is being used as a “smokescreen” to distract worldwide attention while illegal and aggressive movements are taking place in specific regions of the planet, as has recently become clear with the Israeli advance in the West Bank and the arrival of thousands of American troops to Yemen 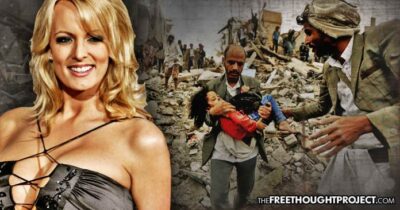 How might we understand what it would mean in the United States for fourteen million people in our country to starve?

The world pays constant attention to the coronavirus, occupying the news agencies with a high coverage of the pandemic.

Meanwhile, on the global periphery, geopolitics continues at full throttle, with several conflicts occurring unnoticed by most people outside the affected regions.

The case of Yemen is a clear example of what we are talking about here.

Recently, the conflict in the country completed five years of uninterrupted fighting, reaching the regrettable marks of more than 10,000 killed in the confrontation, in addition to almost 100,000 killed by the social ills caused by the war, such as hunger, mainly among children. 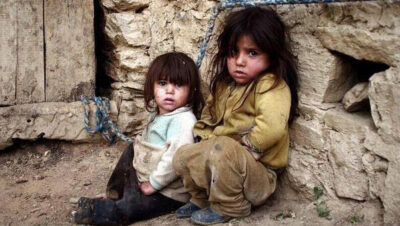 The Long, Brutal U.S./Israel War on Children in the Middle East

The poorest country in the Arabian Peninsula has become a strategic area in strong dispute and a real geopolitical thermometer for Middle East tensions, especially between the two regional powers most involved in the conflict, Iran and Saudi Arabia, which are increasing their rivalry day after day.

The most noteworthy attitude is that of Saudi Arabia, which, aligned with the western axis, has been taking increasingly aggressive stances in the country, causing unnecessary suffering to the local population and prolonging the terror and fear in the region.

Human Rights Watch data show that Saudi Arabia has been behind fundamental rights abuses against the Yemeni population, especially in the al-Mahrah region, since at least June last year, when such crimes began to be investigated. HRW Middle East Director Michael Page stated in an interview with PressTV:

“Saudi forces and their Yemeni allies’ serious abuses against local-Mahrah residents is another horror to add to the list of the Saudi-led coalition’s unlawful conduct in Yemen (…) Saudi Arabia is severely harming its reputation with Yemenis when it carries out these abusive practices and holds no one accountable for them”.

Among the abuses reported by HRW, we highlight illegal arrests, torture, kidnappings and compulsory transfer of detainees to Saudi Arabia.

Once again, COVID-19 is being used as a “smokescreen” to distract worldwide attention while illegal and aggressive movements are taking place in specific regions of the planet, as has recently become clear with the Israeli advance in the West Bank and the arrival of thousands of American troops to Yemen

In addition, other international crimes had previously been reported by the organization as being committed by the American coalition against Houthi resistance in the region, including bombing homes, businesses and hospitals.

In February, at least 30 Yemeni civilians died from airstrikes conducted by Saudi military in the north of the country, in the district of Jawf al-Maslub.

The attack was said to have been conducted in response to the downing of a Saudi aircraft by the Houthi forces. In the words of Houthi movement spokesman Yahya Saree:
Yemen Is Today’s Guernica

“As usual, when the most brutal US-Saudi aggression receives painful strikes in the military confrontation fields, it replies with great folly by targeting civilians.”

In March, a fleet of 450 American soldiers landed in Yemen, in addition to an uncertain number of troops from the United Kingdom, Saudi Arabia and the United Arab Emirates.

According to information from al-Mashhad, this was the first stage of a project to send 3,000 American and British troops to Yemen, which will land in the regions of Aden, Lahai, Saqtari, Shabweh and al-Mohreh, thus completing a true siege of the country in all geographical directions. 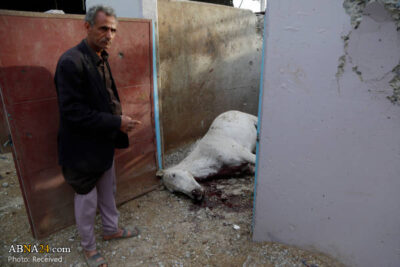 In addition, two American warships docked at Balhaf, Yemen’s main natural gas export port. American movements would be motivated in the region to supposedly “fight terrorism”, but several military analysts have already made it clear that the United States intends to intervene in the Yemeni government and install fixed bases in the region, “stabilizing” the situation in the country.

The crisis in Yemen is a real humanitarian catastrophe, with dimensions similar to those of the Civil War in Syria. However, the attention given to the poorest country in the Middle East is minimal, especially in times of the pandemic.

Once again, COVID-19 is being used as a “smokescreen” to distract worldwide attention while illegal and aggressive movements are taking place in specific regions of the planet, as has recently become clear with the Israeli advance in the West Bank and the arrival of thousands of American troops to Yemen. 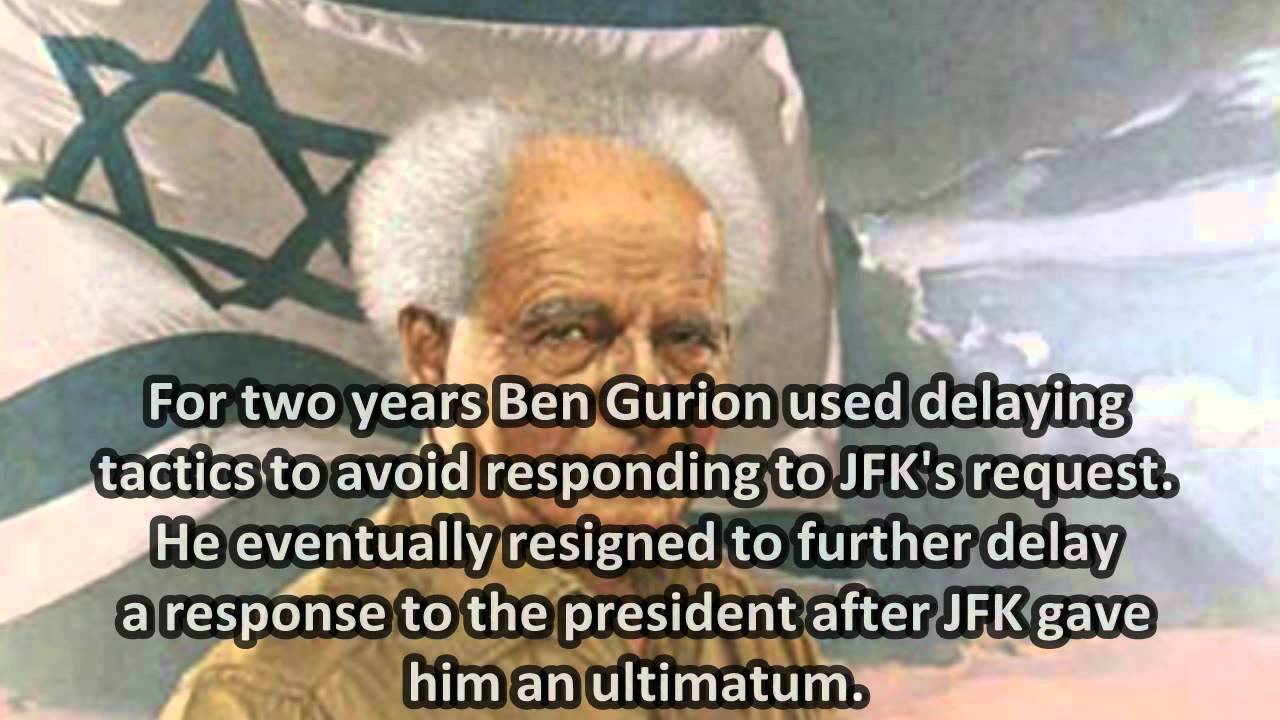 The ZIO-United States are starving hundreds of thousands of Syrian children to death, following the same strategy that caused 576,00 Iraqi children to die due to UN sanctions imposed the 1990’s.

Yet, another factor that is absolutely ignored, being even more serious than military aggression, is the public health crisis and food insecurity generated by Saudi aggression.

Yemeni Health Minister Saif al-Haidri recently warned of the neglect with which international society has dealt with the situation, which he called a “disastrous in the shadow of war”. These are his words:

“approximately five and a half million children under the age of five are suffering from malnutrition (…) One child dies every ten minutes in Yemen (…) 80 percent of children in Yemen live in a state of stunting and anemia due to malnutrition (…) Two hundred thousand women of childbearing age or some of they are pregnant or have given birth to malnourished children, which threatens the lives of children”.

Indeed, while the world is distracted by the coronavirus, crimes against humanity are committed with impunity and millions of people starve to death without any humanitarian assistance.

Yemen has yet to record any cases of COVID-19, but what can we expect for the near future when Western troops arrive in the country at all times, since the US and Europe are the regions most affected by the pandemic? What will be the future of the Yemeni crisis? Will the West bring peace or the pandemic to the poorest country in the Middle East?