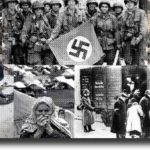 The Zionists work relentlessly to undertake all actions to provoke the nations where these Jews live, and then turn around and advertise themselves as the saviors and benefactors of the Jews.

These destroyers have already managed to destroy and burn Jewish souls in their concentration camp and gas chambers. TENS OF THOUSANDS OF JEWS AND THEIR CHILDREN HAVE BEEN VIRTUALLY WIPED OUT. MOST OF THE JEWISH PEOPLE HAVE FALLEN INTO THEIR HANDS, JEWISH COMMUNITIES ALL OVER THE WORLD WERE DRAWN INTO THEIR STATE AS IS WELL KNOWN.~~ RABBI SHAUL BRACH

Basically what the European founders of “Israel” do is try and infuse themselves with the real Jews, who denounce them. The public at large don’t understand the difference. That’s The Game.

IHRA adopted the Working Definition of Antisemitism at a plenary session in 2016. On 1 June 2017, the European Parliament voted to adopt a resolution calling on European Union member states and their institutions to adopt and apply the definition. The non-legally binding working definition includes illustrative examples of antisemitism to guide the IHRA in its work.

These examples include classical antisemitic tropes, Holocaust™ denial and attempts to apply a double standard to the State of Israel. Although internationally recognized by many groups, the working definition of antisemitism has been criticized by some as too broad, and conflating anti-Zionism with antisemitism.

Here’s a list of the countries that have accepted in full the IHRA definition of AS: UK, Israel, Austria, Romania, Germany, Bulgaria, Lithuania, Macedonia.

To guide IHRA in its work, the following examples may serve as illustrations:

Manifestations might include the targeting of the state of Israel, conceived as a Jewish collectivity. However, criticism of Israel similar to that leveled against any other country cannot be regarded as antisemitic. Antisemitism frequently charges (European*) Jews with conspiring to harm humanity, and it is often used to blame Jews for “why things go wrong.” It is expressed in speech, writing, visual forms and action, and employs sinister stereotypes and negative character traits. Contemporary examples of antisemitism in public life, the media, schools, the workplace, and in the religious sphere could, taking into account the overall context, include, but are not limited to:

Antisemitic acts are criminal when they are so defined by law (for example, denial of the Holocaust or distribution of antisemitic materials in some countries).

Criminal acts are antisemitic when the targets of attacks, whether they are people or property – such as buildings, schools, places of worship and cemeteries – are selected because they are, or are perceived to be, Jewish or linked to Jews.

Antisemitic discrimination is the denial to Jews of opportunities or services available to others and is illegal in many countries. 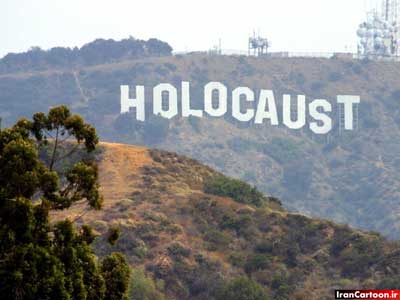