Americans fed up with Israel everywhere they turn and becoming insensitive to it’s constant and perverse needs?

In a vote of 55-45, the Senate passed the Iran War Powers Resolution on Thursday afternoon, setting out opposition to any unauthorized war with Iran, and instructing the president not to deploy troops for such a war.

Voting was heavily along party lines, with Democrats and some antiwar Republicans managing to pass the resolution in the face of mocking opposition from the Republican leadership, who insisted the resolution could never survive a Trump veto, and was a sign of weakness against Iran. 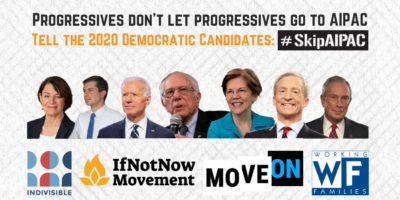 Trump has opposed the resolution, arguing overwhelming support for his recent hostility toward Iran. Trump has broadly opposed war powers challenges to his wars, arguing he is allowed to launch such conflicts without Congress. 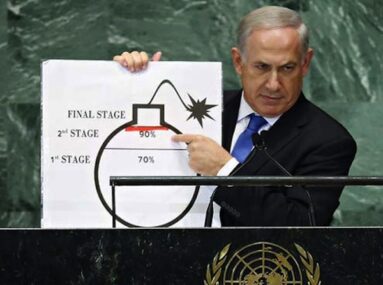 A veto has the potential to be overridden in the House, but it so far looks unlikely that the Senate could do so. That may ultimately depend on growing opposition to the war by the time the override happens.

LAGenie Retweeted · Enrique 🇨🇱🐈⏳ @Garou_Hidalgo
4 hours ago
This video destroys US lies by using US experts as evidence.

US Secretary of State, Mike Pompeo, talking about Venezuela today
“It’s time for Maduro to go”
#Venezuela https://t.co/Ev8fukGyxz
View on Twitter
67
0
LAGenie Retweeted · Syrian Girl 🇸🇾 @Partisangirl
4 hours ago
What do you do if Bill Gates tries to inject you with the ID2020 microchip? https://t.co/RqQt6aSxVZ
View on Twitter

I'm pretty sure all of the countries that have had the US force "freedom and democracy" upon them through violent bombings and government overthrows would beg to differ...
https://t.co/BEHBLR64Zk
View on Twitter
65
0
LAGenie Retweeted · Caitlin Johnstone ⏳ @caitoz
1 day ago
Good thread compiling the many, many authoritarian measures which governments around the world have implemented and are preparing to implement to deal with the virus. https://t.co/cZ3KnMzdPp
View on Twitter
125
0
Follow @lagenie24