Nakba 3 Trump’s plan recommends land swap that would strip some 260,000 Palestinians in Israel of their citizenship and “place them under perpetual … military occupation”

Between June 5 and June 10, 1967, Israel invaded and occupied East Jerusalem, the West Bank, the Gaza Strip, and the Golan Heights. The Six-Day War, as it would later be dubbed, saw the Jewish David inflict a humiliating defeat on the Arab Goliath, personified perhaps by Gamal Abdel Nasser’s Egypt.

“The existence of the Israeli state hung by a thread,” the country’s prime minister, Levi Eshkol, claimed two days after the war was over, “but the hopes of the Arab leaders to annihilate Israel were dashed.” Genocide, went the argument, had been prevented; another Holocaust of the Jews averted. 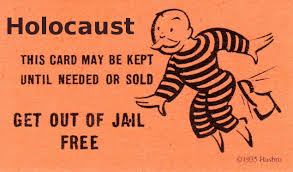 There is, however, a problem with this argument: It is complete fiction, a self-serving fantasy constructed after the event to justify a war of aggression and conquest. Don’t take my word for it: “The thesis according to which the danger of genocide hung over us in June 1967, and according to which Israel was fighting for her very physical survival, was nothing but a bluff which was born and bred after the war,” declared Gen. Matituahu Peled, chief of logistical command during the war and one of 12 members of Israel’s General Staff, in March 1972.

A year earlier, Mordechai Bentov, a member of the wartime government and one of 37 people to sign Israel’s Declaration of Independence, had made a similar admission. “This whole story about the threat of extermination was totally contrived, and then elaborated upon, a posteriori, to justify the annexation of new Arab territories,” he said in April 1971.

Even Israeli Prime Minister Menachem Begin, former terrorist and darling of the Israeli far right, conceded in a speech in August 1982 that “in June 1967 we had a choice. The Egyptian army concentrations in the Sinai approaches did not prove that Nasser was really about to attack us. We must be honest with ourselves. We decided to attack him.”

The reverberations of that attack are still being felt in the Middle East today. Few modern conflicts have had as deep and long-lasting an impact as the Six-Day War. As U.S. academic and activist Thomas Reifer has observed, it sounded the “death knell of pan-Arab nationalism, the rise of political Islam … a more independent Palestinian nationalism” and “Israel’s emergence as a U.S. strategic asset, with the United States sending billions of dollars … in a strategic partnership unequalled in world history.”

Above all else, the war, welcomed by the London Daily Telegraph in 1967 as “the triumph of the civilized,” forced another 300,000 Palestinians from their homes and ushered in a brutal military occupation for the million-odd Palestinians left behind.

The conflict itself may have lasted only six days, but the occupation that followed is now entering its sixth decade — the longest military occupation in the world. 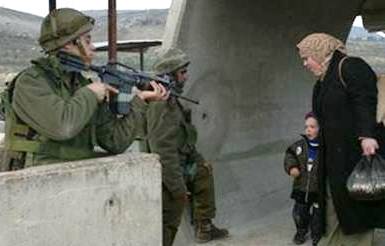 Apologists for Israel often deny that it is an occupation and say the Occupied Territories are merely “disputed,” a disingenuous claim belied by Israel’s own Supreme Court, which ruled in 2005 that the West Bank is “held by the State of Israel in belligerent occupation.”

Fifty long years of occupation; of dispossession and ethnic cleansing; of house demolitions and night curfews; of checkpoints, walls, and permits.

Fifty years of bombings and blockades; of air raids and night raids; of “targeted killings” and “human shields”; of tortured Palestinian kids.

Fifty years of racial discrimination and ethnic prejudice; of a “separate but unequal” two-tier justice system for Palestinians and Israelis; of military courts and “administrative detention.”

These settlements have rendered the much-discussed “two-state solution” almost impossible. The occupied West Bank has been carved up into a series of bantustans, cut off from each other and the wider world. The settlers are not going anywhere, anytime soon.

They are Israel’s “facts on the ground.” To ignore them is to ignore perhaps the biggest obstacle to ending the occupation. “It’s like you and I are negotiating over a piece of pizza,” the Palestinian-American lawyer and former adviser to the PLO, Michael Tarazi, explained in 2004. “How much of the pizza do I get? And how much do you get? And while we are negotiating it, you are eating it.”

LAGenie Retweeted · Going Underground on RT @Underground_RT
5 hours ago
The US has bombed/invaded:

among many others. Maybe we need a UN arms embargo on the United States instead? https://t.co/kIhaMZhIj9
View on Twitter
43
0
LAGenie Retweeted · +972 Magazine @972mag
5 hours ago
“Keep your hands on the steering wheel. Don’t make sudden eye contact with the soldiers in front of you. Turn down your music.”

https://t.co/4TWcDYVVTB
View on Twitter
6
0
LAGenie @lagenie24
5 hours ago
Residents of Jerusalem reported that the occupation force on Tuesday night abruptly closed Qalandiya and Container checkpoints, north and south of Jerusalem City, and blocked the movement of Palestinian citizens for hours.
https://t.co/pKUAyed1oM
View on Twitter
0
0
LAGenie Retweeted · Consent Factory @consent_factory
1 day ago
In the new (pathologized) totalitarian future, your children won't have to be ordered to wear masks, because they will be conditioned to be paranoid from the day they are born. https://t.co/hZhIqohgCA
View on Twitter