[Message to the Kurds.
Look at where you have led Syria to. Look at where you led yourselves by siding with the US and Israel. They’ve deserted you while Syria backed you & yet you betrayed it. Get back in the right direction & do the right thing, you still have time. حسين_مرتضى#]

Christian Kurds are of the evilangelical Christian stripe, They’re on the wrong side of everything.

Evangelical Christian voters have been among Donald Trump’s most enthusiastic and reliable supporters. Trump’s recent rejection of asylum seekers and cuts to domestic food assistance programs have not stopped followers of Christ from flocking to the president.

A great schism, however, may finally be at hand. In drips that have become a gush, evangelical leaders this week have sharply criticized Trump’s decision to stand down US forces in northern Syria, warning that Turkey’s invasion of the region threatens America’s longstanding Kurdish allies and vulnerable Christian communities.

“It is very possible that the American withdrawal from the region will lead to the extinction of [Zionist] Christianity from the region,” Ashty Bahro, former director of the Evangelical Alliance of Kurdistan, told the Christianity Today news outlet. 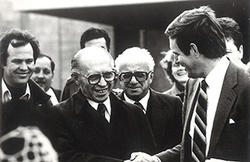 Menachem Begin was called a terrorist and a fascist by Albert Einstein. photo: Begin and Jerry Falwell: the beginning of the wicked partnership.

“The president has got to do what’s best for the country, whether it helps him with this phony impeachment inquiry or not,” Falwell told the Associated Press.

But other extremely loyal Trump allies have split with him, warning that Roman Catholic, Armenian and Syrian Orthodox churches in northern Syrian border cities such as Ras al-Ayn, which is in the crosshairs of the Turkish invasion, are under threat. Thousands of civilians have fled Turkish shelling in the area.

[“Erdogan’s regime systematically violates human rights, brutally persecutes the Kurds and supports the terrorists of Hamas,” Katz tweeted. “He is the last person who should be preaching morals to Israel.”
The Turkish Minister responded, “Those who feel uncomfortable about our statement today, brutally & indiscriminately massacre our Palestinian brothers and sisters, viciously use state terrorism before the eyes of the world and even attempt to shamelessly attack our President. [We] Will defend this just cause till the end!”]

“Today I ask that you join me in praying for the lives affected by the White House decision to pull US troops out of northern Syria,” tweeted one evangelical pastor, Franklin Graham. “Both Democrat & Republican leaders are deeply concerned bc this would be, in essence, abandoning our closest allies there – the Kurdish people.”

“Hey @SpeakerPelosi,” tweeted the evangelical radio host Erick Erickson, “maybe do a vote to initiate impeachment STAT, have the committee get out articles by tonight and over to the Senate, and perhaps we’ll still have time to save some of the Kurds.” 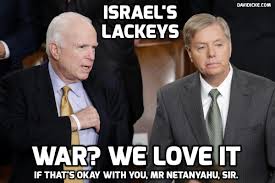 “Pray for our Kurdish allies who have been shamelessly abandoned by the Trump Administration,” tweeted the Republican senator Lindsey Graham. “This move ensures the reemergence of ISIS.”

“Israel strongly condemns the Turkish invasion of the Kurdish areas in Syria and warns against the ethnic cleansing of the Kurds by Turkey and its proxies,” Netanyahu said. “Israel is prepared to extend humanitarian assistance to the gallant Kurdish people.” 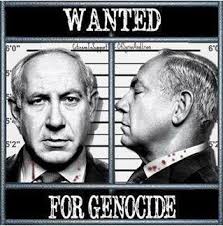 “Typically, when President Trump speaks to evangelical audiences, he receives multiple standing ovations,” the report said. “This Saturday will probably be more of the same because, even with the swirl of impeachment surrounding him, evangelicals have stood solidly behind the president so far.”

“So far.” The report went on to note evangelical “concern” about the Syria situation and concluded:

“President Trump will have an opportunity to explain his reasoning in front of this all-important voting block.”