Historian Tamar Novick was jolted by a document she found in the file of Yosef Waschitz, from the Arab Department of the left-wing Mapam Party, in the Yad Yaari archive at Givat Haviva. The document, which seemed to describe events that took place during the 1948 war, began:

“Safsaf [former Palestinian village near Safed] – 52 men were caught, tied them to one another, dug a pit and shot them. 10 were still twitching. Women came, begged for mercy. Found bodies of 6 elderly men. There were 61 bodies. 3 cases of rape, one east of from Safed, girl of 14, 4 men shot and killed. From one they cut off his fingers with a knife to take the ring.”

The writer goes on to describe additional massacres, looting and abuse perpetrated by Israeli forces in Israel’s War of Independence. The Israeli top brass knew about what was going on in real time.

Morris’ footnote (in his seminal “The Birth of the Palestinian Refugee Problem, 1947-1949”) states that this document was also found in the Yad Yaari Archive. But when Novick returned to examine the document, she was surprised to discover that it was no longer there.

Haaretz published an investigation carried out by journalist Hagar Shezaf and which revealed how Israel has been systematically hiding the Israeli archive which documented Zionist crimes against Palestinians.

Damaging historical documents or hiding them from researchers is an illegal act. However, Israel has been working hard for decades to black-out the historical records in these documents in an effort not to stain its image before the eyes of the world.

The great Israeli historian Benny Morris said that the Hasbara Department of the Israeli foreign ministry issued in 1969 a booklet authored by his father which denies the Zionist massacre committed against civilians in the Palestinian village of Deir Yassin.

“In the booklet,” Morris said, “it was claimed that there was no massacre in Deir Yassin and that the story about the massacre is supposedly an Arab fiction.”

Israel plans to hide documents relating to the Nakba (violent expulsion of Palestinians from their homes and lands) in an effort to hide its crimes and perpetuate its lies.

“The objective is to undermine the credibility of studies about the history of the [Palestine] refugee problem,” Yehiel Horev, former head of the Israeli defense ministry’s security bureau Malmab, explained. He added that “an allegation made by a researcher that’s backed up by an original document is not the same as an allegation that cannot be proved or refuted.”

“If someone were doing this to Holocaust documents, there would be a cry to the heavens. What a shame.”

The Jewish State is actively trying to erase the Nakba (genocide) and any critical discussion of it. Holocaust denial is illegal in Germany – but Nakba denial is not illegal in Israel, and it is thriving.

Happy then, happy now to celebrate their stolen land.

If Israel is attempting to erase the Nakba  from its archive in order to bury Palestinian history, civilization, culture and rights, their attempts will fail.

One reason for this is that Israel has not stopped committing war crimes and genocide against Palestinians since its creation in 1948, when its gangs, which became its army, killed thousands of Palestinians – displacing around 800,000 – and demolished over 530 cities and towns and villages. It has continued committing crimes against the Palestinians until this day.

Israel also continues to disregard international laws and conventions, and ignore resolutions issued by international bodies which have been calling for it to respect Palestinians, their rights and allow Palestine refuges to return to their homes.

Contrary to the words of Israel’s first Prime Minister David Ben-Gurion, Palestinians have not forgotten their right to the land, their homes and their right of return. “The old [Palestinians] will die and the young will forget,” Ben-Gurion infamously said, however generation after generation Palestinians have passed on their history and their link to the land. Even those in the diaspora have held on to their roots.

Not only have the Palestinians not forgotten Palestine but the whole world of decent people are on their side. Not what Ben Gurion expected!

A number of those working to that end are in Israel. They are reluctant to support the state’s policies regarding its archives. This community is emerging and moving to fight the government’s efforts to hide the crimes it has committed.

The views expressed in this article belong to the author and do not necessarily reflect the editorial policy of Middle East Monitor or Informed Comment.

2008-2009. During Cast Lead, the Israeli assault on Gaza following exchanges of rocket/missile attacks in months before, more than 1400 Palestinians are killed over 22 days, most of them civilians. the United States does its utmost under President Obama to defend Israel from all charges, and no one is brought to the bar. 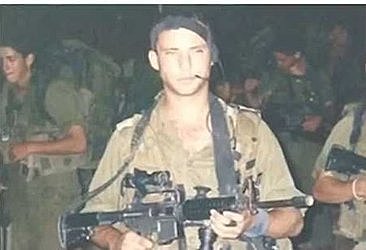 At least 54 Lebanese citizens were killed, at least 37 of them children in the Israeli attack on the village of Qana in south Lebanon, 2006. Israel occupation forces: born to kill.

Israel’s Ministry of Defence has been systematically sealing archival documents for at least a decade to conceal evidence of the Nakba, the mass expulsion of 700,000 Palestinians during the Arab-Israeli war of 1948, Haaretz has revealed.

A secretive security department in the defense ministry has overseen the ongoing project, taking historic files and putting them away in vaults. In some cases, historians cited documents in their work that later disappeared, Haaretz reported.

Yehiel Horev, former head of the department which goes by the Hebrew acronym Malmab, told Haaretz that it made sense to hide the details of what happened in 1948 because the documents could “generate unrest” among Palestinians in Israel.

When asked why files were removed that had already been highlighted by researchers and others, Horev said the objective was to undermine the credibility of history written about the era.

Papers on Israel’s nuclear project and the country’s foreign relations were also reportedly transferred to vaults. Before the Nakba: Images show Palestine then and now

Some of the sealed documents reveal details of looting, massacres of Palestinians, forcible expulsion, and demolition of villages by Israeli militias, based on interviews with Israeli generals and soldiers who fought in the 1948 war, Haaretz reported.

A book by Israeli historian Benny Morris – The Birth of the Palestinian Refugee Problem, 1947-1949 – referred to one of the documents, quoting details of a massacre in the Palestinian village Safsaf in Galilee, based on notes written about a 1948 briefing given by the former chief of staff of the Haganah, the Israeli army’s predecessor.

According to what Morris published, the notes said: “Safsaf 52 men tied with a rope. Dropped into a pit and shot. Ten were killed. Women pleaded for mercy. [There were] three cases of rape. Caught and released. A girl of 14 was raped. Another four were killed.”

This document, along with others, has disappeared from the Israeli archive, after Malmab’s team censored them, according to Haaretz.

A brief, unhappy history of Israeli massacres. By far this does not cover it all. 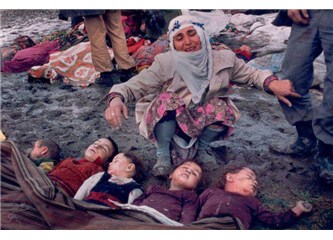 1946. Zionist militias blow up the south wing of the King David Hotel, killing 91 people, most of them civilians, in order to protest British rule of Palestine.

1948. Zionist militias kill over 100 civilians in the village of Deir Yassin, which is on the road to Jerusalem. The action helps clear the road for the military advance on Jerusalem and scares thousands of other Palestinians who flee their villag

The name Deir Yassin becomes a rallying cry for Palestinians for decades to come though no one is punished. An officer with responsibility for the massacre, Menachem Begin, became Israeli prime minister 29 years later.

1948. During the expulsion of Palestinians from the central Israeli city of Lydda, more than 100 men are rounded up and held in a mosque and later massacred (according to Reja-e Busailah’s new book and others). The episode terrifies thousands of other Palestinians who seek refuge in the West Bank.

1948. Hundreds of Palestinian civilians are killed by Israeli forces in Al Dawayima village, west of Hebron. Many are killed in barbarous manner; the crime is swept under the rug for decades.

1953. Israeli troops led by Ariel Sharon raid the village of Qibya in the Jordanian-occupied West Bank and kill 69 people, most of them women and children, in retaliation for a cross-border raid that killed three Israelis. (The massacre is memorialized in Nathan Englander’s latest novel as one that solidifies Sharon’s reputation as an officer who will exact swift and awful revenge on those who harm Jews, thereby assuring his rise.)

1956. Israeli forces gun down farmers in Kfar Qasim returning from the fields who are unaware that the village had been placed under a strict curfew by the Israeli government earlier that day. Forty-eight Palestinian citizens of Israel are killed, many women and children.

1956. Israeli forces kill 275 Palestinians in Gaza in the midst of the Suez Crisis. The massacre is documented by Joe Sacco in Footnotes in Gaza.

1967. Israeli forces are said to have killed scores of Egyptian army prisoners in the Sinai during the 1967 War. Some say 100s.

1970. Israel killed 46 Egyptian children and wounded 50 others during an air raid on a primary school in the village of Bahr el-Baqar, Egypt. Known as the Bahr el-Baqar Massacre, the assault completely destroyed the school and was part of the Priha (Blossoms) Operations during the War of Attrition.

1982. The Sabra and Shatilla massacres of Palestinians in Beirut refugee camps are carried out by Lebanese Phalangist militias. But the Israel Defense Forces had control of the area and Ariel Sharon allows the militias to go into the camps. Somewhere between several hundred and 3000 Palestinians are murdered. Sharon, who died in 2014, escaped punishment for war crimes; in fact, he became an Israeli prime minister.

1996. The first Qana massacre takes place when Israeli missiles strike a UN compound in southern Lebanon where many civilians have gathered seeking refuge during clashes between Israel and Hezbollah.

Over 100 civilians are killed. “Israel was universally condemned, and the United States intervened to extricate its ally from the quagmire,” Avi Shlaim writes in The Iron Wall.

2006. The second Qana massacre takes place during the Lebanon war when Israeli missiles strike a building in a village outside Qana, killing 36 civilians, including 16 children. The strike is initially defended as a response to the firing of Katyusha rockets at Israel from civilian areas.

2008-2009. During Cast Lead, the Israeli assault on Gaza following exchanges of rocket/missile attacks in months before, more than 1400 Palestinians are killed over 22 days, most of them civilians.

Many die as at Qana, when they flee their homes to UN compounds and schools, hoping to be safe. The massacre brings international condemnation, including by the Goldstone Report to the UN Human Rights Council alleging war crimes; but the United States does its utmost under President Obama to defend Israel from all charges, and no one is brought to the bar.

2012.  During eight days of “Pillar of Clouds,” Israel kills 160 Palestinians in Gaza, most of them civilians. The offensive boosts Netanyahu in the polls and seems timed to torpedo Palestine’s historic UN bid for statehood.

2014. Another Israeli onslaught on Gaza, this one lasting 51 days, kills upwards of 2200 Palestinians, most of them civilians. The massacre is famous for sniper killings of unarmed people and for the killings of entire families, 89 according to some authorities, typically wiped out in their homes by a missile strike. In one instance, 20 members of one family are killed. The international condemnation is again toothless.