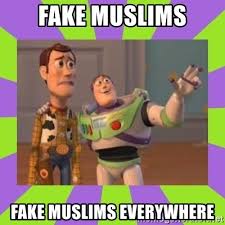 2 items from the article to consider #1) “The election of at least three Democratic Congresswomen Ilhan Omar, Rashida Tlaib and Alexandria Ocasio-Cortez who might be willing to discuss Israel in something less than worshipful ways.”

I am a skeptic here. For one, remember Obama. It is naive to believe that just because a candidate “comes from our community” or “looks like us” that they will necessarily “stand up for us.”  Rashida Tlaib, for one, is vetted and supported by the pro-Israel Zionist lobby group  J Street.  J Street isn’t acting on faith. It did the hard work of securing firm political commitments from Rashida Tlaib in exchange for its support: a clear political transaction. “The road to Palestine does not go through the US Congress. But for @RashidaTlaib, it’s not about Palestine or any other cause, it’s all about her.”

Palestinian-American sell-out & the pro-Israel lobby’s candidate @RashidaTlaib literally wrapped herself in the Palestinian flag, but has remained silent on the Zionist entity’s latest massacre in occupied #Palestine, she was busy taking selfies in Congress. #Gaza pic.twitter.com/aEKq4MWSTb

#2) “Senator Rand Paul  intends to place a “hold” on the current package of $38 billion in military aid to Israel, which means he can filibuster the issue in the Senate to delay its passage.”

“and it should be paid for by cutting the aid to people who hate Israel and America,” Paul’s office said in an statement.”       Why does he put the two together? Wouldn’t have it been more prudent to mention only America, our own country? What kind of statement is this?

The Anglophone Israel Lobby benefits from its ability to mold the media narrative while at the same time using financial incentives to corrupt the political class. For those who do not succumb to the corruption, there is always the option of direct pressure, which in the United States and Britain consists of targeted interference in the political system to remove critics either through promotion of scandal or by supporting well-funded alternative candidates in the following election.

gfvIn the United States, this has led to the removal of a number of congressmen who had dared to criticize the Jewish state, terrifying the remainder into silence. All of this goes on with little or no debate in the media or in congress itself.

There are signs, however, that the general tolerance of Israeli misbehavior might be ending. The election of at least three Democratic Congresswomen Ilhan Omar, Rashida Tlaib and Alexandria Ocasio-Cortez who might be willing to discuss Israel in something less than worshipful ways is a miniscule shift in the alignment of the Democratic party, where Jewish money dominates, but it reflects the views of the party’s grass roots where a recent poll demonstrates that surveyed Democrats favor Israel over Palestine by a margin of only 2%, twenty-seven per cent versus twenty-five per cent with the remainder of responders favoring neither side.

Much more significant is last week’s announcement by Senator Rand Paul that he intends to place a “hold” on the current package of $38 billion in military aid to Israel, which means he can filibuster the issue in the Senate to delay its passage. Paul, who, like his father, is a skeptic regarding foreign aid in general, did not cite any specific issues connected to the aid package, but critics have long noted that Israel is in fact ineligible for any foreign aid from the United States because it has an undeclared nuclear arsenal consisting of at least 200 weapons. For that reason, providing aid to Israel is illegal under the Symington Amendment of 1961 as well as due to the fact that Tel Aviv has rejected signing the Nuclear Non-Proliferation Treaty (NPT.

Paul’s action is extremely courageous as he is the first Senator since William Fulbright to dare to say anything negative about the Jewish state. Fulbright was, of course, punished by the Israel Lobby, which committed major resources to defeating him when he next came up for reelection. Another U.S. Senator Charles Percy was so bold as to maintain that Palestinian Arabs might actually have “rights” also found himself confronted by an extremely well-funded opponent who defeated him for reelection, so Paul’s action is far from risk free. In fact, the Israel Lobby is already reacting hysterically to the “hold,” as is the Israeli government, and one can be sure that all their massive resources will be used to punish the senator.

Another area where one might have expected more pushback from Americans is the lack of any serious resistance from Christian groups to the process whereby the conservative Likud dominated Netanyahu government is seeking to turn Israel into a purely Jewish state. That too is changing due to Israeli behavior. Even though Israel boasts that it provides a safe haven for Christians to practice their religion, reports occasionally surface suggesting something quite different.

Jewish Zealots spit on Christian clergy and curse them out in the streets without any fear of repercussions. Some clergy have been harassed and even assaulted by Jewish extremists. Churches and religious foundations are frequently vandalized or defaced with obscene graffiti and the Israeli government has also confiscated or destroyed church property.

America’s Presbyterian Church has led the charge in criticizing Israeli brutality. At its June General Assembly it passed a resolution condemning Israeli apartheid. Its Office of Public Witness has been in the forefront in calling on Israel to cease and desist. An Action Alert issued this summer entitled “Tell Congress: 70 years of suffering is enough! Stop the killing, hold Israel accountable, and support human rights for all” denounced the slaughter of unarmed Palestinian demonstrators in Gaza by the Israeli Army.”

Now it is the turn of the Quakers in Britain, who have banned any investment by the church in companies that exploit the “military occupation of Palestinian territories by the Israeli government.”, prompting a furious response from Jewish leaders. It is the first British Church to do so and leaders of the group have compared their action to taking steps against apartheid and the slave trade.

It is certainly a turnabout to see anyone taking on Israel and its all too often invincible lobby. What is significant is that Christian churches and even some congressmen have begun to speak out in spite of the knowledge that immense Jewish power in the United States and Britain will make them pay a price for doing so. May the realization that Israel’s interference in friendly countries damages their democracy finally reach a point where some people in Congress, the media and even in the White House will begin to listen

LAGenie Retweeted · ⏳☦#WarIsARacket☦⏳ @For2000years
4 hours ago
From 2014: Israel is stealing our state and trade secrets and the US response is to:

3-continue to give them billions and billions of our dollars.
https://t.co/jLv5zknzZq
View on Twitter
17
0
LAGenie @lagenie24
18 hours ago
Rice, is being mentioned as a possible Biden choice for Vice President, she was one of the architects of the destruction of Libya and the escalation of U.S. military and intelligence operations directed against a non-threatening Syria.🤮 https://t.co/6fG7Fp92zS
View on Twitter

0
0
LAGenie @lagenie24
18 hours ago
Anonymous knocks out Mossad website over israel’s Gaza offensive
The ‘hacktivists’ have already targeted a number of organizations in their mission to stop the genocide.
https://t.co/kDn0qC47DK https://t.co/zRVR1l906J
View on Twitter