Netanyahu’s goal is to convince Congress to torpedo the US-led Iranian nuclear negotiations, which he thinks will result in a deal that hands Iran the bomb on a silver platter. He wants Congress to vote to impose new sanctions on Iran, which would kill the talks, and thus significantly alter US policy toward the Middle East. Dual Israeli citizen Sen Chuck Schumer enthusiastically applauds Netayahu.

The U.S. relationship with Israel has long been a challenge in the context of wider U.S. foreign policy.

It has often touched on national security issues, for instance when the government of Israel and its U.S. supporters (most notably the American Israel Public Affairs Committee [AIPAC]) opposed arms sales to Arab nations.

Sometimes their lobbying failed, as in the case of the sale of AWACS to Saudi Arabia, but sometimes it succeeded.

Israel and its lobbyists were able to block the sale of F-15s to Saudi Arabia and F-16s to Jordan later in the decade.

Important and annoying as such efforts were, they did not threaten vital U.S. national security interests.

The unprecedented invitation by Speaker of the House John Boehner to Israeli Prime Minister Benjamin Netanyahu to address a joint session of Congress on the issue of Iranian nuclear negotiations demonstrates a new level of chutzpa. 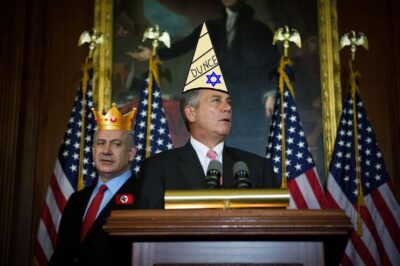 We need to comb through the 5th column and eliminate.

This intervention into U.S. politics is a different order of magnitude, coming on the heels of aggressive Israeli and AIPAC lobbying of Congress to enact new sanctions against Iran.

These developments raise the question as to whether Israel is becoming a strategic liability for America.

Conventional wisdom holds that Israel is a strategically vital asset based on its being the only democracy in the area and one that provides crucial support to the United States against terrorism and other threats.

It even serves, we are told, as a useful base for prepositioned U.S. war supplies.

Both parts of the conventional wisdom are questionable. Turkey is a functional democracy despite the erosion of Turkey’s democratic institutions in recent years.

There are also military stockpiles in Kuwait and the U.S. Fifth Fleet is headquartered in Manama, Bahrain.

All indications are that the Netanyahu government, if it survives the March elections, will continue to move toward a one-state solution.

Settlements continue to be built in East Jerusalem and West Bank territories that would be part of any viable Palestinian State, people on both sides have declared the Oslo peace process dead, and laws are proposed establishing Israel as an exclusivist Jewish state.

Attempts by Palestine to take non-violent protective steps such as joining the International Criminal Court (ICC) on their own behalf are met with financial threats from Israel and the United States.

These and other Israeli actions, such as the last operation in Gaza, are problematic for the United States not only in dealing with the Arab and Muslim worlds but also with our European allies. 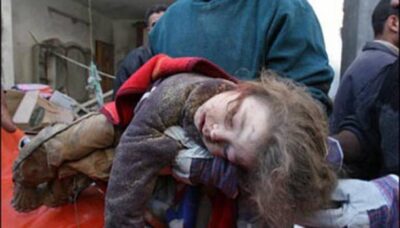 Those allies are so fed up with Israel’s Palestinian policy that they have drawn up possible economic sanctions.

But, until the Iranian nuclear negotiations debate, previous activities by Israel and AIPAC pushed, but rarely crossed the line into threatening U.S. national security.

Those negotiations are at a delicate stage and there are hardliners In Iran and the United States that would like to scuttle them.

Iran and the P5+1 negotiation partners have all said that the passage of additional sanctions, even conditional ones, would violate the current agreement and might collapse the talks.

President Obama has promised to veto any new sanctions legislation but the legislation itself could give Iranian hard liners an excuse to end the talks.

Enter the Netanyahu bull in the china shop. Through the Israeli ambassador in Washington, Ron Dermer, a former GOP operative, he has engineered an invitation from House Speaker John Boehner to address a Joint Session of Congress on the nuclear negotiations with Iran without even informing the White House.

“Members of Congress, I have the high privilege and the distinct honor of presenting to you His Excellency Benjamin Netanyahu, Prime Minister of Israel,” Boehner said, using an honorific — “His Excellency” — that even Netanyahu’s biggest supporters in Israel don’t use.

This is a massive breach of diplomatic protocol. Netanyahu has inserted Israel into the U.S. partisan political process in a way that could upset long-standing bipartisan support for Israel. He also inserted the United States into Israeli politics by procuring a Congressional platform for his domestic campaign.

In December Senator Lindsey Graham (R) of South Carolina held a press conference in Israel and pledged to the Prime Minister that Congress would “follow your lead” on the Iran negotiations.

This is the same senator who threatened Palestinian aid if they joined the ICC. Is it any wonder that many believe that Netanyahu has been given a veto over the final Iran agreement?

Why does this intrusion threaten U.S. security? First, if Congress is seen as causing the talks collapse at the behest of Israel, the international sanctions regime will collapse.

The Europeans, as well as Russia and China, will begin to expand economic ties with Iran.

Such a coalition breakdown could have adverse blowback on EU and NATO sanctions against Russia. Second, the enhanced inspection of Iranian nuclear facilities will be imperiled.

In an atmosphere where we know less of what is happening in Iran, worst case scenarios will prevail. And then many in Congress and Israel will call for military action.

Military action may someday be needed but there is no harm in continuing to negotiate under the current transparent arrangements.

And if we are to put American lives at risk again, that decision should be made in the U.S.A. based on U.S. security interests and those of our negotiating partners and allies, including Israel, not by senators pledging fealty to Israel’s prime minister.

Israel and AIPAC have long been pushing the bounds of a relationship that is, not that you would know it, between a patron and a supplicant. U.S. policy is for a two-state solution and the end of settlements.

Yet, despite $3 billion in annual aid, Israel scoffs at U.S. appeals.

It is time to rebalance this relationship before Israel does real harm to U.S. national security and its own. Specifically, the United States should:

Is this throwing Israel under a bus? No. It is preventing Israel from driving a bus over a cliff with many vital U.S. and Israeli interests on board.