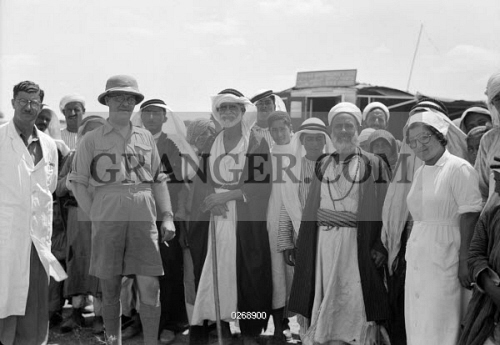 Sderot, writes the Palestinian historian Walid Khalidi, was built on farmland belonging to another Palestinian Arab village called Najd, its 422 Muslim inhabitants living in 82 homes, growing citrus, bananas and cereals. They shared the same fate as the people of Huj. On 12 and 13 May 1948, the Negev Brigade of the Israeli army – again, according to Morris – drove them out. They, too, were sent into exile in Gaza. Thus did the ethnic cleansing of Palestine, as another Israeli historian, Illan Pappé, calls it bluntly, wipe from history the people who farmed the land on which Sderot would be built.

The border town, “rained on” by Gaza rockets, is still the main plank of propaganda efforts to justify Israel’s vicious stranglehold on Gaza.

CBN News has run a story with the headline Israel “Takes Diplomats on Tour along Gaza Border”, in which Deputy Foreign Minister Tzipi Hotovely, tells them it’s her duty to let them “see the real challenges on the ground”.

Sderot, which has become known as “the bomb shelter capital of the world”, is a compulsory stop on these propaganda tours. Being only a mile from the Gaza Strip, residents have little time to take cover, though very few have been killed by Gaza’s erratic garden-shed missiles.

The story of brave Sderot is told ad nauseam to brainwash the media and their own people besides the coach-loads of gullible foreign politicians and tourists. The Israeli authorities have studiously counted and broadcast the number of home-made Qassam projectiles, claiming that more than 15,000 “terrorist” rockets have “rained down” on Sderot since the Israeli occupier pulled its citizens and troops out of the Gaza Strip in 2005, saying they were making a concession of territory designed to bring peace. Of course, it didn’t. Why? 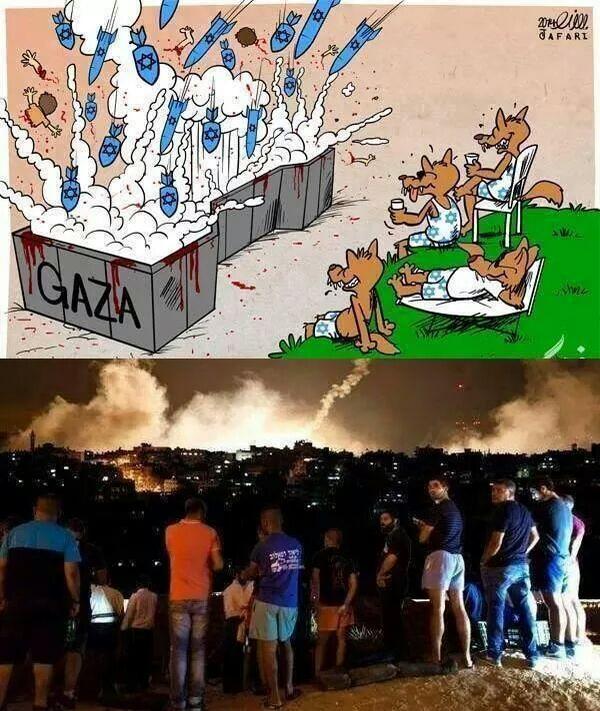 We Zionist love to watch Bomb dropped into #Gaza

For several reasons. Israel’s “concession” was the handing back of territory that didn’t belong to them in the first place. Furthermore, the pull-out on the ground has still left Israel occupying Gaza’s territorial waters and airspace, and in control of all land crossings – including the one into Egypt. The Zionist regime has thus maintained a vicious blockade on the tiny coastal enclave for the last 10 years. Hotovely and her regime colleagues, who preach non-stop about Israel’s right to self-defense, fail to understand that the Palestinians have the same right and are entitled to mount an armed resistance against their illegal occupier.

Sderot is built on the lands of a Palestinian Arab village called Najd, which was ethnically cleansed by Jewish terrorists in May 1948 before Israel was declared a state and before any Arab armies entered Palestine. The 600-plus villagers, all Muslim, were forced to flee for their lives.

What Israelis never admit to is how many missiles, bombs, shells, mortar rounds and other high-tech ordnance launched by their F-16s, helicopter gunships, drones, tanks and navy gunboats have slammed into crowded Gaza, causing horrendous slaughter and reducing homes and vital infrastructure (much of it paid for by European Union and American taxpayers) to rubble.

And there’s another little fact that Hotovely is careful not to mention. Sderot is built on the lands of a Palestinian Arab village called Najd, which was ethnically cleansed by Jewish terrorists in May 1948 before Israel was declared a state and before any Arab armies entered Palestine. The 600-plus villagers, all Muslim, were forced to flee for their lives. Britain, the mandated government, was on watch while this and many other atrocities were committed by rampaging Jewish militias.

Arabs owned over 90 per cent of the land in Najd and, according to UN Resolution 194 and the Universal Declaration of Human Rights, they are entitled to return home. But, as we have come to expect, Israel refuses to recognise the rights of others and will not allow them back. Anyway, what is there for them to return to? The 82 homes there were bulldozed. Najd was one of 418 Palestinian villages and towns ethnically cleansed and wiped off the map by Zionist Jews. Its inhabitants became refugees in Gaza and their families are probably still living in camps there.

The irony is that some of them may be manning the rocket launcher!

When Barak Obama visited Sderot he spouted the well-worn mantra backing Israel’s right to protect its citizens from rocket attacks. “If somebody was sending rockets into my house where my two daughters sleep at night, I would do everything to stop that, and would expect Israel to do the same thing.” Well said, Obama. But let’s hope you wouldn’t be so stupid or arrogant as to live on land you stole from your neighbour at gun-point.