Every now and then someone has to go off the beaten path and see who we really are.

Many Jews are not Semitic. Kazakhs, Poles, Ukranians, Slavs…most of the Israeli leaders have been from Russia/Poland. there is this horrible confusion in the world today that the people running Israel (and have been stealing from and murdering Arab people for decades) are the Biblical Jews. They aren’t. Almost all people in the Western, modern world today who are regarded as Jews are, for the most part, Russian/Polish and have zero ancestry in Palestine. Modern Jews are largely descended from converts and the Jews of the Bible remained in the Middle East and eventually became the modern Palestinians

I just stumbled onto this, found it an interesting tidbit I didn’t know.

Prince Charles has come under fire after it came to light that he blamed the “influx of foreign Jews” [anti-Semitic fake Jews] for causing unrest in the Middle East and called on the US to “take on the Jewish lobby” in a letter penned in 1986.

Writing to his friend Laurens van der Post, the Prince argued that the exodus of European Jews in the middle of the last century “helped to cause the great problems” in the Middle East.

“I now appreciate that Arabs and Jews were all a Semitic people originally and it is the influx of foreign, European Jews (especially from Poland, they say) which has helped to cause the great problems,” the Prince wrote in a letter published by the Daily Mail.

“I know there are so many complex issues, but how can there ever be an end to terrorism unless the causes are eliminated?” he added. 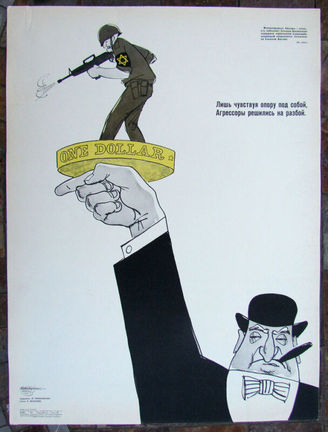 The “defenders” of Israel don’t even know their own reality.

“Surely some US president has to have the courage to stand up and take on the Jewish lobby in the US? I must be naive, I suppose!”

The letter was found in a public archive and was written on 24 November 1986, following an official visit the then-38-year-old Prince made to Saudia Arabia, Bahrain and Qatar with the late Princess Diana.

The Prince of Wales wrote that the tour was “fascinating” and that he had learned “a lot about the Middle East and Arab outlook”.

“Tried to read bit of Qur’an on way out and it gave me some insight in to the way they [Arabs] think and operate,” he wrote in the letter.

He goes on to say terrorism in the region will only end when its causes are eliminated.

He then expresses the hope a US President will find the courage to stand up to the American ‘Jewish lobby’. 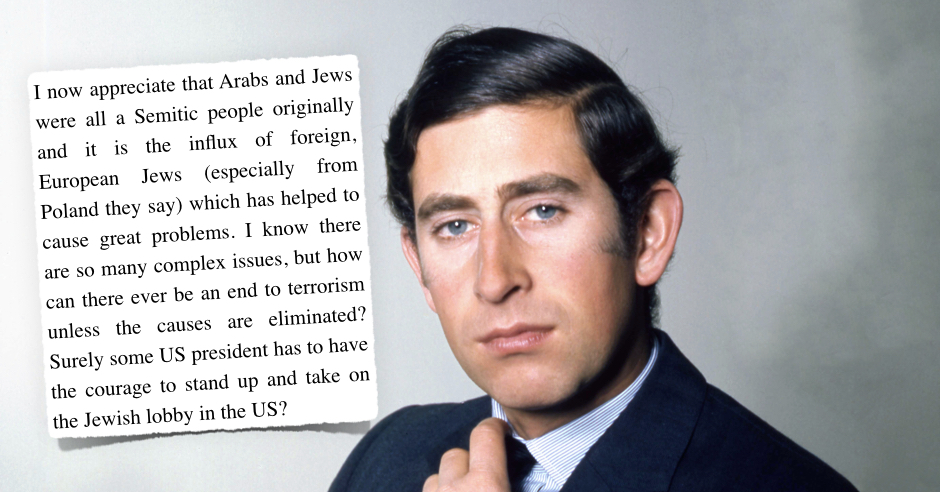