Not us, no thanks!

RAMALLAH, Monday, August 19, 2019, (WAFA) – Palestinians foiled an attempt by the US embassy in Israel to hold a meeting for Palestinian youth in the West Bank city of Ramallah after the hotel where the meeting was supposed to take place has informed the embassy that it cannot host it, today said Issam Baker, coordinator of the National Forces in Ramallah.

The National Forces, a coalition of political factions in the occupied territories, and Fatah movement came out strong against holding the meeting sponsored by the US-Middle East Partnership Initiative (MEPI) planned for Wednesday, urging invitees to boycott it.

Baker said the Grand Park Hotel management, venue of the meeting, has informed the US embassy that it will not be able to host the meeting, part of a program that involves Palestinian youths who previously benefited from an American program to enhance leadership training among youths. 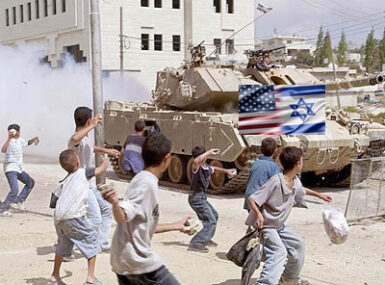 The National and Islamic Forces and Fatah movement have said in two separate statements issued yesterday they intend to foil the meeting, accusing the current US administration of working against the national interest of the Palestinian people.

The Palestinians are boycotting all US-sponsored activity after the US recognized Jerusalem as capital of Israel and moved its embassy to the city, closed the Palestinian representative office in Washington, stopped funding Jerusalem hospitals, cut off funding from the United Nations Relief and Works Agency (UNRWA), and cancelled the term occupied territories from the West Bank, among other anti-Palestinian steps.

LAGenie Retweeted · Cynthia McKinney PhD @cynthiamckinney
19 hours ago
Message sent in love to my brothers and sisters in Africa: PLEASE DO NOT TAKE ANY COVID-19 VACCINE. WHY ARE THEY STARTING WITH YOU? DON'T BE GUINEA PIGS FOR ENGINEERED DISEASES FROM THE WEST. https://t.co/wLdpLTfpF4
View on Twitter
272
0
LAGenie Retweeted · Muhammad Smiry 🇵🇸 @MuhammadSmiry
20 hours ago
The occupied PALESTINE https://t.co/TTjilDORNh
View on Twitter

210
0
LAGenie Retweeted · marshall @Marshall_H15
1 day ago
🛑How would you feel if that was your country?? https://t.co/nPei7QNQol
View on Twitter