We’re always being told that Israeli’s shares our values but actually they are quite alien to universal norms. In fact, there is nothing normal about them! They serve a different purpose on this earth. Need a favor? Just ask the criminal Jews! 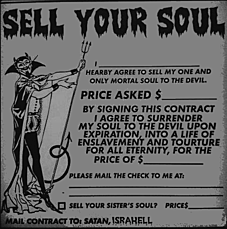 by Gilad Atzmon
Polish priest claims Jews follow a different notion of truth…Polish Jews are upset so they issued a complaint that actually supports Zielinski’s assertion….

The Times of Israel reports today that Polish priest Henryk Zielinski, editor-in-chief of the Catholic weekly Idziemy, said during an interview with Polish TV (TVP) that Jews have “a completely different system of values, a different concept of truth.” “For us,” Zielinski said. “the truth corresponds to facts. For the Jew, truth means something that conforms to his understanding of what’s beneficial. If a Jew is religious, then truth means something God wants.”

Zielinski added that for non-religious Jews, “the truth is subjective or whatever serves Israel’s interests.” In support of his view Zielinski cited the Haggadah — a text read by Jews at the Passover Seder, which contains the story of the Exodus of the Hebrews from Egypt. “Often these stories have nothing to do with facts.”

You guessed it.  Polish Jews are very upset. Representatives of Polish Jews issued a complaint to the state’s media watchdog. The Jewish representatives didn’t argue that Zielinski was wrong. They didn’t counter his statements by asserting  that the Passover Haggadah is an accurate historical narrative.  Instead they wrote that  “Zielinski’s remarks violated the National Council of Radio and Television principles for content on public media, including its ban on ideas that ‘incite to hatred or discriminate on the grounds of race, disability, gender, religion or nationality.”

I am perplexed. Zielinski may be right or wrong. But he clearly didn’t incite hatred or discrimination against Jews or anyone else. Maybe the Polish Jewish Union should rethink the wording of their complaint because the complaint as presented in the Israeli press  actually supports Zielinski’s assertion– It is inspired not by facts but by a ‘different’ type of value system. It is duplicitous to the core. Not only does it not correspond with the truth, it is dismissive of truthfulness altogether.