As Trump was increasing the military budget, he also slashed funding for the Center for Disease Control and for the World Health Organization, perhaps the only international body capable of limiting the spread of the virus.

Why is the military industrial complex booming, even as America suffers? Because Washington has made it a priority to radically overhaul the military in double quick time, designating weapons manufacturers as “essential” services during a pandemic, ensuring they all have enough boots on the ground to continue working through the outbreak.

In February, the Pentagon released its $705 billion budget request for 2021, where it revealed that it would be ramping up for war with China and Russia in the near future.

In its own words, there would be a “shifting focus from the wars in Iraq and Afghanistan and a greater emphasis on the types of weapons that could be used to confront nuclear giants like Russia and China.”

It also stated that it was going to acquire “more advanced high-end weapon systems, which provide increased standoff, enhanced lethality, and autonomous targeting for employment against near-peer threats in a more contested environment.” Last month, the Air Force commissioned Raytheon to develop and build a new nuclear cruise missile.

The president has signaled his intention to remove the United States from the New START Treaty, the final remaining arms control agreement that binds it, something even the American ex-Deputy Secretary General of NATO condemned as “a chilling sign of how dangerous the world has become.”

The U.S. is also increasing tensions with China and ramping up sanctions and regime change operations in Iran and Venezuela.

The United States spends almost as much on war as the rest of the world combined. It also has suffered by far the highest death toll from COVID-19. These two facts are not unrelated.

As Trump was increasing the military budget, he also slashed funding for the Center for Disease Control and for the World Health Organization, perhaps the only international body capable of limiting the spread of the virus.

In contrast to other countries that have handled the pandemic well, the rhetoric emanating from the White House treats the virus as an enemy to be fought, rather than a collective effort that everyone in society must engage in.

Instead of purchasing protective equipment and developing test kits like other nations, the government is ordering military flyovers.

The pandemic has led many to question whether the enormous military budget is really making the country safer and whether it be better spent on healthcare, education, and other programs that would have combated the pandemic more effectively.

However, that question appears not to have been debated within the walls of the White House, where it is full steam ahead with weapons production. 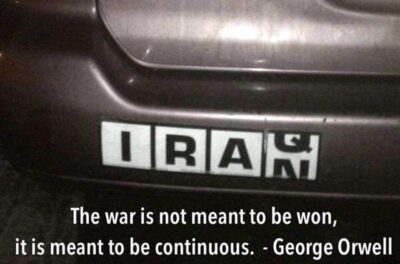