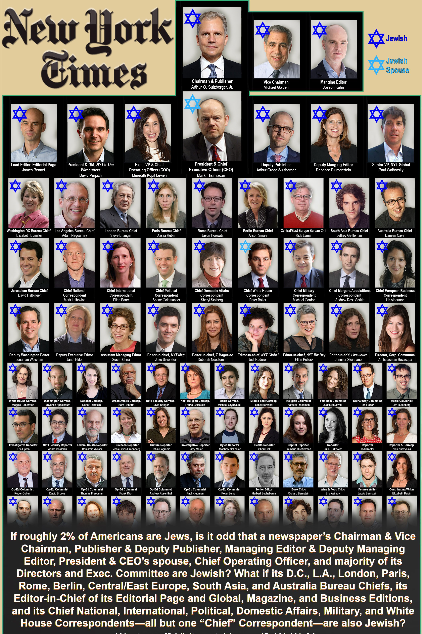 Even veteran observers of the New York Times’s zeal to protect Israel’s reputation will be astonished at the paper’s latest whitewash.

The paper just published a long, sensible editorial endorsing the U.S. return to the Iran nuclear deal — without once mentioning Benjamin Netanyahu’s violent efforts to sabotage the agreement.

Yesterday’s lead editorial in the print edition covered the entire left-hand column of the page.

It included detailed and persuasive arguments that the Trump administration pullout from the deal in 2018 has failed, and that increased sanctions have instead hurt ordinary Iranians.

The word “Israel” did not appear even once in the editorial.

That very day, there was another violent sabotage effort inside Iran, an explosion that cut the power to a uranium enrichment site reactor in Natanz. Israel coyly claimed credit anonymously.

Possibly the Times editorial was finished before this particular explosion, but the editorial said nothing about the months, actually years, of violent Israeli attacks, including assassinations, that led up to this latest assault.

The editorial page’s censorship of Israel’s actions is shameful.

Israel’s most recent political murder, of Mohsen Fakhrizadeh, a 59-year-old leading nuclear scientist, was carried out in November on the outskirts of Tehran.

If a team of suspected Iranian assassins had killed an Israeli scientist in Tel Aviv you can bet that Times editorial writers would have mentioned him by name.

The Times editorial did mildly criticize Bob Menendez, who heads the Senate Foreign Relations Committee, for signing a letter along with 42 other Senators rejecting a return to the deal — a letter spearheaded by AIPAC— but nowhere mentioned, even briefly, that powerful battalions of the Israel lobby are campaigning vigorously to pressure Congress to block the agreement.

The straight news reporting in the Times was not much better.

The Times article on yesterday’s attack could hardly ignore Israel, given that its lead reporter, Ronen Bergman, is known for his close ties to Israeli spy agencies, but the paper only obliquely hinted that the Israel’s main aim was to scuttle the Iran nuclear agreement.

The latest report in today’s Times continues the bias.

The paper reported that Iran’s foreign minister, Mohammad Javad Zarif, “vowed revenge” against Israel for the attack, but then dishonestly described the tension as a “yearslong shadow war between Iran and Israel,” implicitly blaming both sides.

The Times reports fell considerably short of truly informing its readers what is happening in an area of the world in which one wrong move could trigger serious fighting.

You have to turn to the British Independent  to learn more of the truth.

Borzou Daragahi did his job as a conventional reporter — which isn’t to insert his own views into the report, but to find experts who can inform readers what’s really happening.

Daragahi quoted Brian Fitzpatrick, who has worked for the U.S. State Department and for the International Institute for Strategic Studies, who said clearly that “Israel is taking matters into its own hands” to block the Iran Deal.

While the BBC quoted scholar Mohammed Merandi saying that the U.S. is complicit with Israel and the Iran deal is at risk.

Or U.S. reporters could have contacted John Ghazvinian, who directs the Middle East Center at the University of Pennsylvania and who has just published a superb study of U.S.-Iran relations entitled America and Iran: A History 1720 to the Present. Ghazvinian tweeted out yesterday:

Let’s be clear about the purpose of these latest Israeli attacks on Iranian facilities.

It is not to ‘set back Iran’s nuclear program’ as will be widely claimed. It is to set back diplomacy. And it’s not a new tactic.

And what about the Times correspondents stationed in Israel itself? Haaretz, the Israeli daily, had no difficulty tracing Israel’s sabotage campaign to Benjamin Netanyahu’s desperate effort to form a new government; success could reduce (for now) his risks in his (first) trial for corruption, which has already started.

Amos Harel, the Israeli paper’s military correspondent, speculated that Netanyahu could use the “security escalation” to bludgeon opposition figures (Naftali Bennett and Bezalel Smotrich) into dropping their refusal to form a government with him.

The Times Israel reporters don’t even need inside sources to report on the domestic political reasons that are motivating Netanyahu’s Machiavellian schemes to sabotage Iran. All they would have to do is read Haaretz. In English.

43
0
LAGenie Retweeted · Remi Kanazi @Remroum
3 days ago
My father is older than state of Israel. My family was ethnically cleansed long before 1967. Israel is a racist state that was founded on expulsion, village destruction & massacres. It has maintained itself through martial law, apartheid, occupation & bombing campaigns ever since
View on Twitter
491
0
Follow @lagenie24
The true face of "Israel" is one of genocide, ethnic cleansing, land theft, terrorism, human trafficking, racism, torture and supremacism. Anyone who identifies themselves as "pro-Israel" is praising evil.