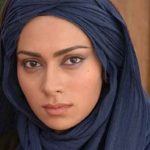 The same shah whom Washington was now trying to shun had been lifted to power in a 1953 coup engineered by the CIA and the British, displacing the elected Prime Minister, Mohammad Mossadegh, who had had the temerity to nationalise the Iranian oil industry. om 1941 to 1979, Iran was ruled by King Mohammad Reza Pahlavi, the Shah. Shah Muhammed Reza Pahlevi, his wife, Queen Fawzia, and the little Princess Shahnaz on the grounds of their palace near Teheran, Iran, in 1942.AP

Due to Iran’s large supply of oil, proximity to India, and shared border with the Soviet Union, Britain and the US fully backed the Iranian government. However, even before the Islamic Revolution, the Shah’s grip on power was unsteady. This is the White Palace of the Shah of Iran at Saadabad, Tehran, as it looked in August 1953, after the government upheavals. Shah Mohammed Reza Pahlevi returned to power August 22, when his supporters ousted Premier Mohammed Mossadegh, who had forced the Shah to flee a few days earlier. AP

Like Ataturk, Reza Shah attempted to make religious observation subservient to the state. Part of Iran’s method of achieving this was through the banning of veils in public. In 1953, the Shah had to flee Iran after a Western-backed coup to overthrow Iranian Prime Minister Mohammad Mosaddegh failed. A second coup succeeded in overthrowing Mosaddegh, who wanted to nationalize the Iranian oil industry to Britain’s chagrin, and the Shah returned to the country. Pedestrians and cars travel through the main intersection of Tehran, Iran, April 20,1946. Lalezar Avenue runs up the center of the photo toward the north, while Istanbul Avenue runs left to right.AP Photo/Tom Fitzsimmons

Like Ataturk in Turkey, Reza Shah undertook a series of reforms aimed at turning Iran into a modern westernized nation. 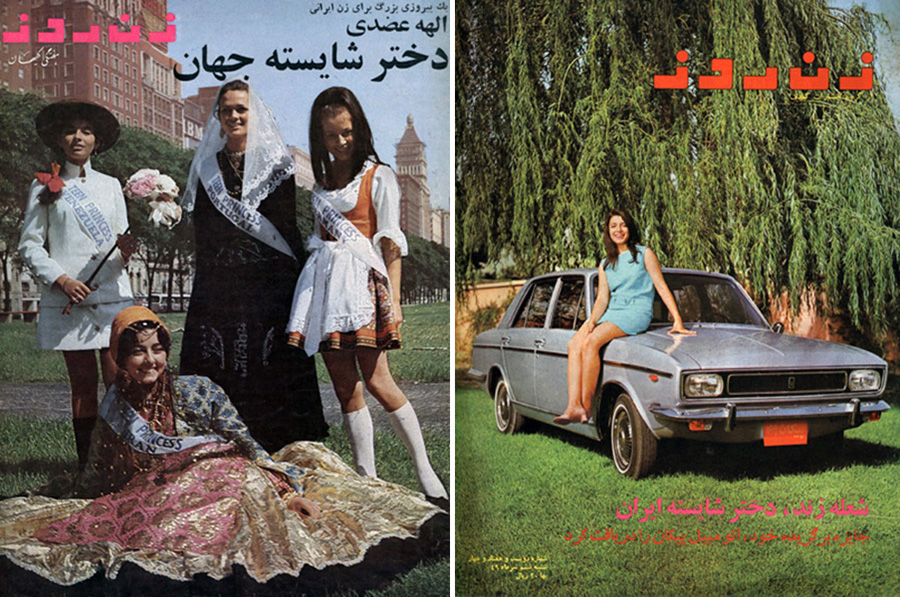 These reforms included the structuring of Iran around a central Persian identity, the often brutal suppression of tribes and their laws in exchange for strong a central government, and the expansion of woman’s rights.

Like Ataturk, Reza Shah attempted to make religious observation subservient to the state. Part of Iran’s method of achieving this was through the banning of veils in public.

Women were also encouraged to attend school and receive an education.
Although Reza Shah’s intentions were to turn Iran into a modern westernized state, his bans on religious garments alienated and frustrated religious conservatives and traditionalists. Despite the backlash from religiously observant members of society, the Shah managed to create a seemingly cosmopolitan city life. Leading the charge for westernization was the Iranian royal family. Pictured below is Empress Soraya. Empress Soraya of Persia (Iran) poses in the studio of Italian fashion designer Emilio Schuberth, left, with an evening dress made of white Organdy as the designer adjusts some pleats of his dress in Rome, Italy, May 13, 1953.AP Photo

Under the royal family’s invitations, Iran became a popular destination for celebrities and heads of state. Here, an Italian actress and her husband visit a sports competition as guests of Iranian Princess Ashraf. Italian actress Gina Lollobrigida and her husband Milko Skofic (both center) pose for a photographer with Iranian sportsmen at the ZurKhaneh (house of strength) stadium, Persia, May 20, 1963. AP Photo

The Iranian royal family reciprocated and widely toured the world’s capitals. Here, the Shah and his wife met with Winston Churchill in London. British Prime Minister Sir Winston Churchill poses with the Shah and Queen Soraya of Persia on February 21 at his official London residence, 10 Downing Street, after they lunched with him there.AP Photo

Toward the end of the Shah’s reign, the royal family attempted to rally the country around an increasingly historic nationalism based on the preceding Persian empires. In 1967, the Shah took the old Persian title “Shahanshah,” or King of Kings, at a coronation ceremony in Tehran. Celebrations funded by the government were also launched throughout the country to honor the Persian roots of Iran. Here, gymnasts take part in an October 16, 1975, celebration honoring the founding of the Persian Empire. Despite Iran’s views of the past, the government continued to value education and child development. Tehran funded study abroad in Europe for Iranians, and schools and clinics were built throughout the Iranian countryside to care for poorer children as part of the Shah’s “White Revolution.” High oil prices and relative stability in the Middle East contributed to a growing business class in major Iranian cities. Here, Iranians swim in an octagonal swimming pool at the guesthouse of the Iranian National Oil Company. By 1975, Reza Shah abolished Iran’s multiparty system and concentrated ever-greater amounts of power in his own hands under the government-permitted Rastakhiz (Resurrection) party. By January 16, 1979, Reza Shah fled Iran during the Iranian Revolution. The revolution started off as a popular movement fueled by outrage against government extravagance, corruption, brutality, and the suppression of individual rights, before being taken over by Ayatollah Khomeini. Seen here are visitors at a vacation resort in Iran on the Caspian Sea, July 1971.AP Photo/Horst Faas