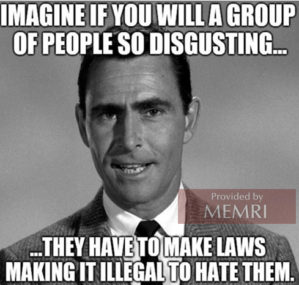 NASRALLAH ON THE DEAL OF THE CENTURY:

Speech by Hezbollah Secretary General Sayed Hassan Nasrallah on Friday, May 31, 2019, on the occasion of Al-Quds (Jerusalem) International Day.

The key point in this project was the existence of the State of Israel, its strengthening and rooting, the normalization of its existence with the countries of the region, so that Israel becomes the (dominant) Axis: the Axis of politics, security, economy, etc.

And that means, in return, the liquidation of the Palestinian cause, which it had to be terminated once and for all.

Any (palestinian) claim on Al-Quds (Jerusalem), the lands of 1948, the West Bank or the Gaza Strip, or on (the return of the) Palestinian refugees in the diaspora, or on an independent Palestinian State, regardless of its extent, had to cease definitively and get out of all calculations and all considerations.

This has always been the (American-Zionist) goal. And they relied on the passage of time (and peoples’ despondency and forgetfulness).*

The involvement of Israel’s national intelligence agency Mossad in initiatives against the Boycott, Divestment and Sanctions (BDS) movement has been exposed by a Freedom of Information request.

The request was made by Israeli advocacy organisation Hatzlaha to all ministers, deputy ministers and ministry directors-general, in doing so making the diary schedules of Strategic Affairs Minister Gilad Erdan – who has spearheaded Israel’s de-facto war against BDS – publicly available.

The diaries revealed that last year Erdan met with head of Mossad Yossi Cohen about “the struggle against the boycott”. Although rumors that Mossad has assisted the state in its anti-BDS activities have circulated in the past, today’s disclosure presents further evidence of the intelligence agency’s involvement.

A statement issued by Erdan’s office said that “[he] met during the last term with the heads of the security services to brief them on the ministry’s activities related to the fight against the delegitimization and boycott [BDS] campaign,” stressing the meeting only constituted “a review” of the ministry’s efforts.

However, sources familiar with the activities of the Strategic Affairs Ministry told Haaretz that “the ministry indeed cooperates with the Mossad”.

The diaries also showed that Erdan met with other high-profile security officials last year, including National Security Adviser Meir Ben-Shabbat, as well as representatives of global Jewish organisations such as the American Jewish Committee, B’nai B’rith and the American Jewish Congress.

Also included on the schedule were “many meetings” linked to the establishment of “Concert”, a private but partly government-controlled company designed to “covertly advance ‘mass awareness activities’ as part of ‘the struggle against the campaign to delegitimize’ Israel”.

The company has received 128 million shekels ($36 million) in funding from the Israeli government, matching the same amount in private contributions from pro-Israel organisations and individual donors.

The announcement comes just two days after it was revealed that Erdan’s Strategic Affairs Ministry forced 30 fundraising accounts associated with BDS to close in the past two years.

The ministry announced that it had forced the closure of ten US-based fundraising accounts and a further 20 in Europe, by directing pro-Israel activists to report the accounts to their host platforms PayPal and DonorBox.

Among those organisations targeted by the shut downs were the BDS National Committee – the movement’s Ramallah-based arm – as well as human rights organisation Al-Haq and UK-based charity Interpal.

In December, the same group filed a complaint to DonorBox requesting that BDS’ fundraising account be shut down, prompting the movement’s founder, Omar Barghouti, to label the group “a repressive organisation with clear connections to the far-right Israeli government” that is “engaging in McCarthyite tactics”.

Shurat HaDin is known to have links with Mossad. In 2017 Shurat HaDin head Nitsana Darshan-Leitner released a book titled “Harpoon”, after the codename of the Mossad finance-tracking unit she worked with.

Darshan-Leitner revealed how, after Shurat HaDin began to gain traction by suing Palestinians for the Second Intifada, she was invited to Mossad headquarters for a consultation.

After she explained Shurat HaDin’s process, Mossad’s response, Darshan-Leitner claimed, was “what do we have to do to file more lawsuits? What do you need?” This then “evolved into regular briefings, held in quiet cafes, where she would get tip-offs” to assist her work.