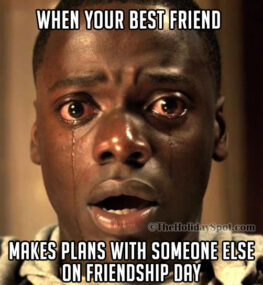 What do Panama’s Manuel Noriega, Iraq’s Saddam Hussein and the UAE’s Mohamad Bin Zayed (MBZ) all have in common?

They dreamed that their collaboration with the imperial power would allow them the freedom to pursue their own ambitions.

Very wrong. Once Noriega was employed by the CIA to betray compatriot nationalists and to be used as a tool against independent Cuba and Nicaragua, imperialism owned him.

Once Saddam was armed (including with poison gas) by NATO countries to attack Revolutionary Iran and slaughter dissident Iraqis, imperialism owned him

. And once MBZ collaborated with Mossad against the Palestinian resistance and armed terrorist groups against Syria, imperialism owned him.

After Noriega sought to play a more independent role in Central America the US, under Bush the First, invaded Panama killing thousands (see ‘The Panama Deception’), just to kidnap Noriega and jail him on drug trafficking charges.

Saddam was not allowed to pursue his own interests in Kuwait. Instead his ambitions were used as a pretext to starve and then destroy Iraq.

Saddam himself was eventually lynched, under US military occupation. 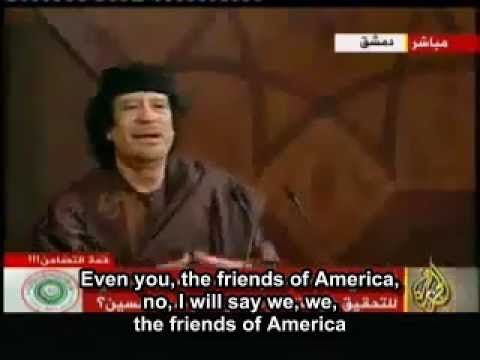 The  Libyan leader said America’s Arab allies could end up like Saddam Hussein….before  US and western allies murdered him and destroyed his country.

MBZ, for his supposed crime of resuming relations with Syria in 2018, was forced to recognise Israel, thus becoming the new disgrace of the Arab and Muslim world. Once a collaborator is owned he is owned.

The UAE gained nothing by openly recognising the zionist regime. There was no political or economic benefit.

The UAE was already collaborating deeply with Israel, as evidenced by the open access enjoyed by the Mossad team which murdered Palestinian militant Mahmoud al-Mabhouh in Dubai in February 2010 (Lewis, Borger and McCarthy 2010), and later kidnapped Australian-Israeli whistle-blower Ben Zygier, after he had provided Dubai authorities with “names and pictures and accurate details” of the team, supposedly in exchange for UAE protection. However Israel kidnapped Zygier in the UAE and he later died from ‘suicide’ in an Israeli jail (Rudoran 2013).

There was no independent motive behind the disgraceful UAE move, other than fear and obedience.

The Trump regime pressured and threatened MBZ into recognising Israel, just to help with its 2020 election campaign.

How do we know this? Two months before the UAE officially recognised Israel, Trump envoy James Jeffrey threatened the UAE regime for its renewed relations with Syria, which went against Trump’s subsequent ‘Caesar Act’ (MEMO 2020), a piece of legislation primarily aimed at imposing discipline on third party ‘allies’ which sought to normalise relations with Damascus.

Washington’s ‘Caesar’ law (part of an omnibus NDAA Act) pretends to authorise the US President to impose fines and confiscate the assets of those, anywhere in the world, who “support or engage in a significant transaction” with the Syrian government (SJAC 2020).

It aimed at Persian Gulf allies, principally the UAE, and perhaps some Europeans who were considering renewed relations with Damascus (Anderson 2020)

As it happened, in late December 2018, the UAE resumed relations with the Syrian Government and resumed investment in the besieged country.

This was despite the anti-Syrian role of the UAE in the early days of the conflict and, in particular, their backing of ISIS terrorism.

That role was acknowledged by senior US officials in late 2014.

Head of the US Army General Martin Dempsey in September 2014 admitted that “major Arab allies” of the US funded ISIS (Rothman 2014).

The following month US Vice President Joe Biden specified that US allies “Turkey, Qatar and the UAE had extended “billions of dollars and tens of thousands of tons of weapons” to all manner of fanatical Islamist fighters, including ISIS, in efforts to overthrow Syrian President Bashar al Assad (Maskanian 2014).

Biden later offered a hollow apology to the UAE for his remarks (Al Jazeera 2014). A sanitised Atlantic Council version of this history was that the UAE had backed “armed opposition groups – such as the Free Syrian Army” (Santucci 2020).

In any case, with Washington’s regime change war lost – certainly after the expanded role of Russia in Syria from September 2015 onwards – the UAE began to change tack.

In November 2015 UAE Foreign Affairs Minister Anwar Gargash expressed cautious support for Russia’s role and in April 2018 he characterised the conflict as one between the Syrian Government and Islamic extremism.

On 27 December the UAE reopened its embassy in Damascus (Ramani 2020). Bahrain followed suit the next day.

The MBZ regime claims to have provided over $530 million “to alleviate the suffering” of Syria since 2012 (Santucci 2020), though how much of this went into armed Islamist groups is unclear.

But there certainly have been some UAE-funded construction projects in Syria in recent times.

The Emirates hosted a Syrian trade delegation in January 2019 and in August 2019 some private Emirati companies participated in the Damascus International Trade Fair (Cafiero 2020).

But in early 2020 the Trump regime passed its Caesar law, aimed at reining in its wandering ‘allies’.

In June envoy James Jeffrey pointed his finger at the UAE, saying: “the UAE knows that we absolutely refuse that countries take such steps [in Syria] … we have clearly stressed that we consider this a bad idea … anyone who engages in economic activities … may be targeted by these sanctions” (MEMO 2020).

That could mean big trouble for the UAE.

The Obama regime (through the US Treasury’s ‘Office of Foreign Assets Control’) had already ‘fined’ European banks more than 12 billion dollars for their business with Iran and Cuba, in breach of Washington’s unilateral coercive measures (Anderson 2019: 42).

Two months later in August the UAE’s open recognition of Israel presented the semblance of some sort of change in the region.

An Atlantic Council paper hoped that might be to derail the UAE’s ‘normalization policy with Syria’ (Santucci 2020).

That indeed was one part of the project: tighten the siege on the independent region: from Palestine through Lebanon, Syria and Iraq to Iran.

In the process 80% of the besieged Syrian population was living in poverty, and on the brink of starvation (Cafiero 2020).

This was a determined if failing strategy, set in place by Bush the Second and carried through faithfully by Obama and Trump, despite the latter’s pragmatic misgivings.

The other part of the project was to strong-arm the little petro-monarchy into boosting the Trump election campaign.

The UAE’s recognition of Israel did nothing to help MBZ, but was well received in Tel Aviv (though it did not change the constellation of Resistance forces) and was skilfully presented in the USA as some sort of concession to Palestine.

Yet Trump’s flimsy pretext (a ‘freeze’ on further annexations) was quickly discredited. Israeli Finance Minister Yisrael Katz said that a ‘freeze’ was in place before the UAE deal (Khalil 2020).

Netanyahu maintained that further annexations were still ‘on the table’ (Al Jazeera 2020). Indeed he had announced such ‘freezes’ before (Ravid 2009).

In any case, Trump was clearly no advocate for Palestinian or Arab rights.

He had broken with previous US regimes by giving his blessing to Tel Aviv’s annexation of both East Jerusalem and the Syrian Golan, disregarding international law (BBC 2019).

Disgraced in the region, the UAE was simply acting as Washington’s puppet. That is the collaborator’s reward.

5 thoughts on “The Collaborator’s Reward”

2 min video clip Israel is an imperial outpost, an extension of Wall Street and the City of London in the Middle East. That's the origin of "Israel."
LAGenie Retweeted · Jake Morphonios @morphonios
7 hours ago
The Israeli Zionists will not easily relent on the treatment of the Palestinians unless all of us continue to rally the world against their oppression. https://t.co/2DUyOZRzW3
View on Twitter
11
0
LAGenie Retweeted · BDS movement @BDSmovement
1 day ago
Since 1967, Israel has been demolishing homes, and stealing land and water of Indigenous Palestinians in the Jordan Valley, de facto annexing most of the area to build illegal settlements and confining Palestinians who remain in shrinking enclaves. #SanctionsOnApartheid https://t.co/VoPAQMWq7r
View on Twitter