We shall arrange elections in favor of such presidents as have in their past some dark, undiscovered stain, some “Panama” or other—then they will be trustworthy agents for the accomplishment of our plans out of fear of revelations and from the natural desire of everyone who has attained power, namely, the retention of the privileges, advantages and honor connected with the office of president. The chamber of deputies will provide cover for, will protect, will elect presidents, but we shall take from it the right to propose new, or make changes in existing laws, for this right will be given by us to the responsible president, a puppet in our hands. *

Epstein was/is a Mossad operative set up as a “made” financier to work on behalf of Israel in a global blackmail operation.

Whereas the painful lesson from the Franklin scandal graphically demonstrates how pedophiles at the top can bury their most heinous crimes from any real consequence, the Jeffrey Epstein story reveals how agents from a foreign government can hijack and control the US government.

What will be presented here is the anatomy of a sexual blackmail operation orchestrated by Israel’s Mossad as a means of gaining and maintaining control over America’s foreign policy and top leaders so that the US Empire ultimately fights Israel’s wars for the Greater Israel Project.

Through AIPAC bribery and Mossad blackmail, virtually every US politician in Congress including the president is and has been a puppet of the Zionist Jewish State.

The evil international cabal made up of Zionists and various Illuminati elements including the Vatican, all worship the same anti-God Lucifer [Shaitan], and have been misusing and abusing our children as blackmail bait for centuries.

[The word Šayṭān (Arabic: شَيْطَان‎) originates from the Hebrew שָׂטָן (Śāṭān) “accuser, adversary” (which is the source of the English Satan).]

Again, back in the 18th century, the credited founder of the Illuminati Adam Weishaupt knew that infiltrating high places and sexually compromising VIP puppets through blackmail would be a central strategy in expanding its power and control over the devil’s earthly dominion. 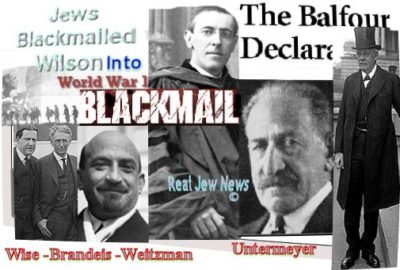 And based on today’s power politics, Weishaupt more than attained his prophetic vision.

This chapter will focus on how Israel invested in a complete unknown, a Jewish American college dropout, overnight granting him the title of hedge fund mystery man as promoted in the Zionist controlled New York Magazine, owning multiple mansions for the covertly licensed purpose of pursuing both his own kinky perversions raping young underage girls while enticing notable puppet figures to indulge in their pedophilic fantasies as thoroughly compromised and subsequently owned tools for Israel and the Zionist Khazarian mafia.

The Rothschild’s central bankster system funding this Illuminati mafia scheme wouldn’t have it any other way.

This perfectly explains why Jeffrey Epstein was given a sweetheart’s slap on the hand after getting caught red-handed raping scores of female victims as young as 12 and 13 over a period of many years.

It also goes far in explaining why the current White House occupant is a Zionist puppet wrecking ball himselfcurrently being used to plunge humanity off the Armageddon doomsday cliff moving the Jewish State capital to Jerusalem.

So sit back and take in this adulterated story of the cabal’s political blackmail machine and how one Jeffrey Epstein and his child sex slave trafficking ring has played such a significant role in the ruling elite’s global control apparatchik, unfortunately changing human history none for the better.