Regardless of whether the Covid-19 epidemic is natural or has been provoked, it offers an opportunity for a transnational group to suddenly impose its political project without discussion or even exposure.

Within a few weeks we have seen so-called democratic states suspend fundamental freedoms: prohibiting people from leaving their homes, participating in meetings and demonstrations, under threat of fines or imprisonment.

Compulsory schooling for under-16s has been provisionally abolished. Millions of workers have been deprived of employment and automatically placed out of work. Hundreds of thousands of businesses have been forced to close down and will no longer be able to reopen.

Without preparation, governments encouraged companies to telework. All communications via the Internet were immediately recorded by the Echelon system.

This means that the “Five Eyes” (Australia/Canada/New Zealand/United Kingdom/USA) have in their archives the means to unlock the secrets of almost all European manufacturers. For that, it is already too late.

None of the societal transformations have a medical justification. No epidemiology book in the world has discussed, let alone advocated, “mandatory generalized containment” to fight an epidemic.

The political leaders of the European Union Member States have been stunned by delirious mathematical projections of a mass murder in their own countries [1] They were then comforted by the ready-made solutions of a powerful pressure group whose members they had met at the Davos Economic Forum and the Munich Security Conferences [2].

“Compulsory generalized containment” had been conceived fifteen years earlier, within the Bush administration, not as a public health tool, but to militarize US society in the event of a bioterrorist attack. And it is indeed this project that is applied today in Europe. 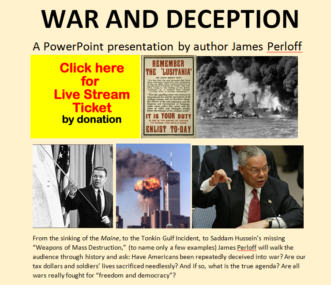 The initial plan, conceived more than 20 years ago around the head of the pharmaceutical laboratory Gilead Science, Donald Rumsfeld, planned to adapt the United States to the global financialisation of the economy. It was a question of reorganizing the planet by dividing the tasks of each person geographically.

Areas not yet integrated into the global economy would be deprived of a state and become mere reservoirs of raw materials; developed areas (including the European Union, Russia and China) would be responsible for production; and the United States alone would provide the world’s arms and police industry.

To do this, a group was created within a think-tank, the American Enterprise Institute, the “Project for a New American Century”. The latter announced a rather crude part of its program, but only part of it; that intended to convince major donors to support Gorge W. Bush’s election campaign.

On September 11 at 10 a.m., when two airliners crashed into the World Trade Center in New York, the “Continuity of Government” (CoG) program was declared, although the situation was not at all as foreseen in the texts. President Bush was taken to a military base.

Members of Congress and their teams were taken to a huge bunker 40 kilometers from Washington. And the top-secret Continuity Government, of which Rumsfeld was a member, assumed power until the end of the day.

Taking advantage of the emotional shock of that day, this group passed a voluminous anti-terrorism code drafted long in advance, the USA Patriot Act; created a vast domestic surveillance system, the Homeland Security Department; reoriented the mission of the armed forces according to the global division of labor (Cebrowski Doctrine); and began the “Endless War. 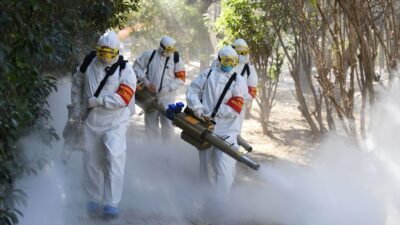 caption: Worse Than 9/11 and the Great Recession Combined

It is in the world they shaped that we have been living in a nightmare for the past two decades.

If we are not careful, the current group, of which Dr. Richard Hatchett is the visible element, will take this agenda from the United States to the European Union.

It will impose over time a mobile phone tracking application to monitor our contacts; it will ruin certain economies in order to transfer their production power to the arms industry; and finally it will convince us that China is responsible for the epidemic and must be contained (Containment).

If we are not careful, the NATO we thought was brain dead will reorganize. It will expand into the Pacific with Australia joining as a trading partner [3].

If we are not careful, public schooling will be replaced by home schooling. Our children will become uncritical parrots, knowing everything but understanding nothing.

In the new world being prepared for EU Europeans, the big media will no longer be financed by the oil industry, but by Big Pharma.

They will convince us that all the measures taken have been the right ones. Search engines will rate the credibility of the non-compliant media on the headlines of the signatories of their articles, not on the quality of their reasoning.

There is still time to react.