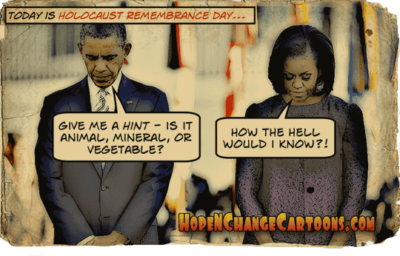 An Israeli government minister accused Israeli emigres of ignoring the Holocaust to go live on the cheap. It’s because the holocaust doesn’t matter anymore.

Parents and grand parents control the schools and they lived through the holocaust and the after effects.

The current generation will grow up and then control the schools and there will be a different emphasis on what is important to be taught to their children.

In the end this WWII Zionist created Holocaust will still matter, but it will be emphasized less and less in the schools, except perhaps in Israel.

German schools emphasize Napoleon less today than they did in the 19th century, as an example.

The same will be true with all events as they cast a weaker light on current events.

In Germany “There is a very high willingness to debate the past, such as do you let the ruins crumble or do you shore them up?

There is also almost an obsession with documentation and evidence.” Uh Oh! There goes the false narrative! Can the Zionists put everyone is prison for investigating?

Because once researched, or even mildly looked into, the cracks in the narrative are very evident.

One doesn’t have to work hard, just a bit of critical thinking.

“It’s a city where people don’t interfere in your life,” said Novik, co-author of a new Berlin Jewish food guide and contributor to a German-language Jewish cookbook.

He recently held an experimental Eastern European Jewish-style dinner event for a Berlin food festival that he called Strictly Non-Kosher, featuring unorthodox recipes such as traditional gefilte fish cakes made of non-kosher eel.

“Israelis are made to feel very welcome in Berlin,” said his friend Nirit Bialer. She runs a Berlin-based initiative called Habait to acquaint Germans with Israeli culture.

Some young Israelis apply for German, Polish or other European passports, gaining the citizenship that was stripped from their grandparents during the Nazi era.

Often, Germans express gratitude that so many Israelis have made Berlin their home, despite the history.

“It’s great that they find it cool to live here,” said Felix Klein, the German government’s commissioner for Jewish life in Germany and the fight against anti-Semitism.

“They are contributing very much.”

“The Germans always talk about reviving Jewish life in Germany. Of course, there’s no way to reconstruct what they killed,” said Alon, editor of the magazine catering to Israelis in Germany.

“But with time, they start to understand they have to live with substitutes.

Israelis in a way are a substitute for the big Jewish German ethos that was destroyed.”

On her Facebook page, Monika Schaefer lists herself as a self-employed violin instructor.

In the first five seconds of her video titled “Sorry Mom, I was wrong about the Holocaust,” the former Green party candidate is shown deftly playing the violin.

However, it’s not her violin playing but what she says in the video that is garnering all of the attention.

Less than three minutes into the video Schaefer, who was born in Canada of German heritage, tells a story of how as a child she was taught to believe the Holocaust happened.

She goes on to say she confronted her parents about why they didn’t do anything to stop the Holocaust.

They replied they didn’t know it was happening. Schaefer says her parents didn’t know about the genocide because “these things did not happen.”

Stop teaching about the holocaust so that children see Germany in a better light, says Lord Baker

Lord Baker of Dorking, who spent three years as Margaret Thatcher’s education secretary, said that he would ban the holocaust topic and concentrate on British history instead.

In an interview with The Daily Telegraph, he said that schools should concentrate on teaching “the story in our own country” rather than the events of the Second World War, including the Holocaust. 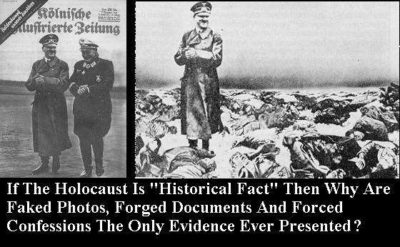 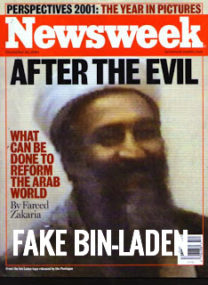 51
0
LAGenie Retweeted · tim anderson @timand2037
4 days ago
Compare US police state racist and inhuman tactics with those of the colonists in occupied #Palestine https://t.co/KCwXm2erNa
View on Twitter
414
0
LAGenie Retweeted · True Torah Jews @TorahJews
7 days ago
It's no news that Jews & Muslims lived in peace for 100s of years. Not only were we not enemies, but rather came together as friends.