It was in the early days of the fighting in Vietnam that a Vietcong officer said to his American prisoner: “You were our heroes after the War. We read American booksand saw American films, and a common phrase in those days was “to be as rich and as wise as an American”. What happened?”

The ‘Jakarta Method’ itself was to implement anti-democracy. By bringing right-wing military elements onside through open military cooperation, supplying material, and providing tacit support for various coup attempts and successes, the US could establish anti-communist regimes by leveraging the power of the armed forces.

Many of the countries the US sought to align, such as Indonesia, the Republic of the Congo, Guatemala, Chile, and Brazil, became military dictatorships led by senior officers.

A major problem with framing the events of 1965 is that it’s often claimed the United States simply “stood by,” as the bloodbath occurred, which is incorrect.

“It’s easy for American commentators to fall into that approach, but the U.S. was part and parcel of the operation, strategizing with the Indonesian army”.

“I hope you’re as happy about Brazil as I am,” Johnson said, adding that the coup in Brazil was probably “the most important thing” to happen in the hemisphere since the Cuban Revolution.

Johnson was pleased but sensitive to how U.S. participation might be perceived abroad.

“I hope they give us some credit instead of hell,” he said. That the U.S. president would expect gratitude from Brazilians in that moment is telling.

For one thing, it is a pithy articulation of strategic narcissism, the idea that U.S. interests are the default interests of the world. But Johnson’s comment also indicates a sincere belief in the righteousness of interrupting democratic processes to box out communism.

Never mind that Brazil was not actually on the verge of a Communist takeover. Conservatives speculated wildly that it could be, at some point, an inkling that spelled Goulart’s demise. Better safe than sorry.

The Jakarta Method makes clear some basic points that popular conceptions of history get wrong. The Cold War was not won, capitalism was not spread, the U.S. sphere of influence was not enlarged just by example or even by Hollywood promotion of something desirable, but also significantly by murdering masses of men, women, and children with dark skin in poor countries without getting U.S. troops killed which might have caused someone to start caring. 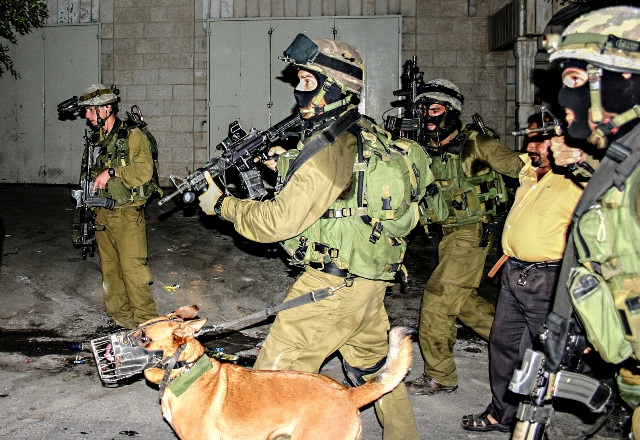 Supporting nearly every right-wing dictatorship since the end of WWII

In 1965, the US government helped the Indonesian military kill approximately one million innocent civilians.

This was one of the most important turning points of the 20th century, eliminating the largest communist party outside China and the Soviet Union and inspiring copycat terror programs in faraway countries like Brazil and Chile.

But these events remain widely overlooked, precisely because the CIA’s secret interventions were so successful.

In this bold and comprehensive new history, Vincent Bevins builds on his incisive reporting for the Washington Post, using recently declassified documents, archival research, and eye-witness testimony collected across 12 countries to reveal a shocking legacy that spans the globe.

For decades, it’s been believed that parts of the developing world passed peacefully into the US-led capitalist system.

The Jakarta Method demonstrates that the brutal extermination of unarmed leftists was a fundamental part of Washington’s final triumph in the Cold War.

The war on Vietnam plays an infinitely larger role in history in the common understanding of a typical U.S. citizen than does what the U.S. government did to Indonesia in 1965-1966.

But if you read The Jakarta Method, the new book by Vincent Bevins, you will have to wonder what moral basis there can possibly be for that fact.

The war on Vietnam may have killed some 3.8 million people, not counting those who would die later from environmental poisoning or war-induced suicide, and not counting Laos or Cambodia.

The overthrow of Indonesia may have killed some 1 million people. But let’s look a bit further.

The war on Vietnam was a failure for the U.S. military. The overthrow in Indonesia was a success.

The former changed little in the world. The latter was critical in destroying the non-aligned movement of third-world governments, and in establishing a policy of quietly “disappearing” and torturing and slaughtering huge numbers of left-leaning civilians all over the globe.

That policy was taken by U.S. officials from Indonesia to Latin America and used to establish Operation Condor and a wider global network of U.S.-led and U.S.-supported mass-murder operations.

These are Bevins’ numbers, but the list is hardly exhaustive, and the full impact can’t be understood without recognizing the extent to which this was known around the world outside of the United States, and the degree to which this murder spree made the mere threat of further killing decisive in influencing governments toward policies that harmed their people — not to mention the resentment and blowback produced.

I just interviewed John Perkins, author of Confessions of an Economic Hitman, on Talk Nation Radio, about his new book, and when I asked him how many coups had been accomplished without any coup being needed, simply with a threat, his answer was “countless.”

The Jakarta Method makes clear some basic points that popular conceptions of history get wrong.

The Cold War was not won, capitalism was not spread, the U.S. sphere of influence was not enlarged just by example or even by Hollywood promotion of something desirable, but also significantly by murdering masses of men, women, and children with dark skin in poor countries without getting U.S. troops killed which might have caused someone to start caring.

The secretive, cynical CIA and alphabet soup of unaccountable agencies accomplished almost nothing over the years through spying and snooping — in fact those efforts were almost always counterproductive on their own terms.

The tools that overthrew governments and imposed corporate policies and sucked out profits and raw materials and cheap labor were not just propaganda tools and not just the carrots of aid to brutal dictators, but also, perhaps first and foremost: the machete, the rope, the gun, the bomb, and the electric wire.

The murder campaign in Indonesia did not have a magical origin out of nowhere, though it was new in its scale and in its success.

And it did not depend on a single decision in the White House, though the transfer of power from JFK to LBJ was critical.

The U.S. took a peacefully minded ambassador out of Indonesia and put in one who had been part of a brutal coup in South Korea. The CIA had its new leader of Indonesia picked out well in advance, as well as long lists of “communists” who should be murdered.

And so they were. Bevins notes that U.S. officials had already supplied similar murder lists in Guatemala 1954 and Iraq 1963. I suspect South Korea 1949-1950 may belong in that list as well.

The overthrow in Indonesia protected and enlarged the profits of U.S. oil companies, mining companies, plantation owners, and other corporations.

As the blood flowed, U.S. media outlets reported that backward Orientals were spontaneously and meaninglessly ending lives they didn’t much value (and nobody else should much value either).

In reality the primary mover behind the violence and chief instigator in keeping it going and expanding was the U.S. government.

The world’s third largest communist party was destroyed. The founder of the Third World movement was removed. And an insane right-wing anti-communist regime was established and used as a model for elsewhere.

While we now know from research by Erica Chenoweth that nonviolent campaigns against tyranny and foreign occupation have been far more likely to succeed and those successes dramatically longer lasting than the successes of violent campaigns, knowledge of this approach was impeded by the overthrow of Indonesia.

Around the world, a different lesson was “learned,” namely that leftists in Indonesia should have been armed and violent. This lesson brought endless misery to various populations for decades.

Bevins’ book is remarkably honest and free of U.S.-centric bias (or anti-U.S. bias for that matter).

There is one exception, and it’s a predictable one: World War II.

According to Bevins, the United States military fought in World War II to liberate prisoners from death camps, and won the war.

The power of this mythology in advancing programs of mass killing that Bevins clearly objects to should not be under-estimated.

The U.S. government before and during World War II refused to evacuate those threatened by the Nazis, declined repeatedly to take any diplomatic or military step to halt that horror, and never associated the war with efforts to save prison camp victims until after the war was over — a war overwhelmingly won by the Soviet Union.