Israel is a Jewish Bolshevik creation, all the Israeli leaders are from Russian empire. Notice they are ALL white.  The “Jews” Are Not The Seed of Abraham and the Palestinian Jews, the REAL Jews rejected them.  Zionist fake Jews have courted and colluded with European white supremacists ever since the movement’s inception.

The very uncomfortable truth is that the harsh characterizations of Diaspora Jewry found in the pages of Mein Kampf were not all that different from what was voiced by Zionism’s founding fathers and its subsequent leaders, so the cooperation of those two ideological movements was not really so totally surprising.

It is true that only an extreme lunatic fringe of Zionism went so far as to offer to join the war on Germany’s side in 1941, in the hope of establishing “the historical Jewish state on a national and totalitarian basis, and bound by a treaty with the German Reich.” Unfortunately this was the group which the present Prime Minister of Israel chose to join. 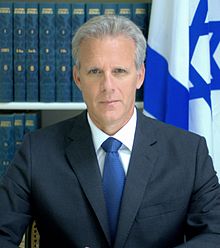 Israeli Ambassador to the United States Michael ‘Oren’. Upon assuming Israeli citizenship, he changed his last name from “Bornstein” to “Oren.” If any of these fake Jews were Semitic they would look like the Arabs.

In 1983, Amoz Oz, often described as Israel’s greatest novelist, had published In the Land of Israel to glowing reviews. This book was a collection of lengthy interviews with various representative figures in Israeli society, both moderate and extreme, as well as some coverage of the Palestinians who also lived among them.

Of these ideological profiles, one of the shortest but most widely discussed was that of an especially hard-line political figure, unnamed but almost universally believed to be Ariel Sharon, a conclusion certainly supported by the personal details and physical description provided.

Near the very beginning, that figure mentioned that people of his ideological ilk had recently been denounced as “Judeo-Nazis” by a prominent liberal Israeli academic, but rather than reject that label, he fully welcomed it. So the subject generally became known in public discussions as the “Judeo-Nazi.”

That he described himself in such terms was hardly an exaggeration, since he rather gleefully advocated the slaughter of millions of Israel’s enemies [everyone who hates evil] , and the vast expansion of Israeli territory by conquest of neighboring lands and expulsion of their populations, along with the free use of nuclear weapons if they or anyone else too strongly resisted such efforts.

In his bold opinion, the Israelis and Jews in general were just too soft and meek, and needed to regain their place in the world by once again becoming a conquering people, probably hated but definitely feared.

To him, the large recent massacre of Palestinian women and children at Sabra and Shatila was of no consequence whatsoever, and the most unfortunate aspect of the incident was that the killers had been Israel’s Christian Phalangist allies rather than Israeli soldiers themselves.

Now rhetorical excess is quite common among politicians and a shroud of pledged anonymity will obviously loosen many tongues. But can anyone imagine an American or other Western public figure talking in such terms, let alone someone who moves in higher political circles?

These days, Donald Trump sometimes Tweets out a crude misspelled insult at 2am, and the American media is aghast in horror. But given that his administration leaks like a sieve, if he routinely boasted to his confidants about possibly slaughtering millions, we surely would have heard about it.

For that matter, there seems not the slightest evidence that the original German Nazis ever spoke in such ways privately, let alone while a journalist was carefully taking notes. But the “Judeo-Nazis” of Israel are another story.

As near as I can recall, the last even slightly prominent figure in American public life who declared himself a “Nazi” was George Lincoln Rockwell during the 1960s, and he was much more of a political performance artist than an actual political leader. Even as marginalized a figure as David Duke has always hotly denied such an accusation. But apparently politics in Israel is played by different rules.

In any event, Sharon’s purported utterances seem to have had little negative impact upon his subsequent political career, and after spending some time in the political wilderness after the Lebanon disaster, he eventually served five years as Prime Minister during 2001-2006, although by that later date his views were regularly denounced as too soft and compromising due to the steady rightward drift of the Israeli political spectrum.

Once Hitler consolidated power in Germany, he quickly outlawed all other political organizations for the German people, with only the Nazi Party and Nazi political symbols being legally permitted. But a special exception was made for German Jews, and Germany’s local Zionist Party was accorded complete legal status, with Zionist marches, Zionist uniforms, and Zionist flags all fully permitted.

Under Hitler, there was strict censorship of all German publications, but the weekly Zionist newspaper was freely sold at all newsstands and street corners. The clear notion seemed to be that a German National Socialist Party was the proper political home for the country’s 99% German majority, while Zionist National Socialism would fill the same role for the tiny Jewish minority. continue reading….

LAGenie Retweeted · yousef @yousefslym
15 hours ago
Palestinians Christians are arrested and killed by Israel. Their churches burned, land taken and permits denied. Christians have more rights in Lebanon, Jordan and Syria than they do in “Israel”. https://t.co/6540NEBFhq
View on Twitter
130
0
LAGenie Retweeted · Dan Cohen @dancohen3000
15 hours ago
Like war to the military-industrial complex, Big Pharma salivates at the prospect of a Corona virus outbreak. Imagine the profits they can reap from price gouging desperate people. https://t.co/rtFPQabPwg
View on Twitter 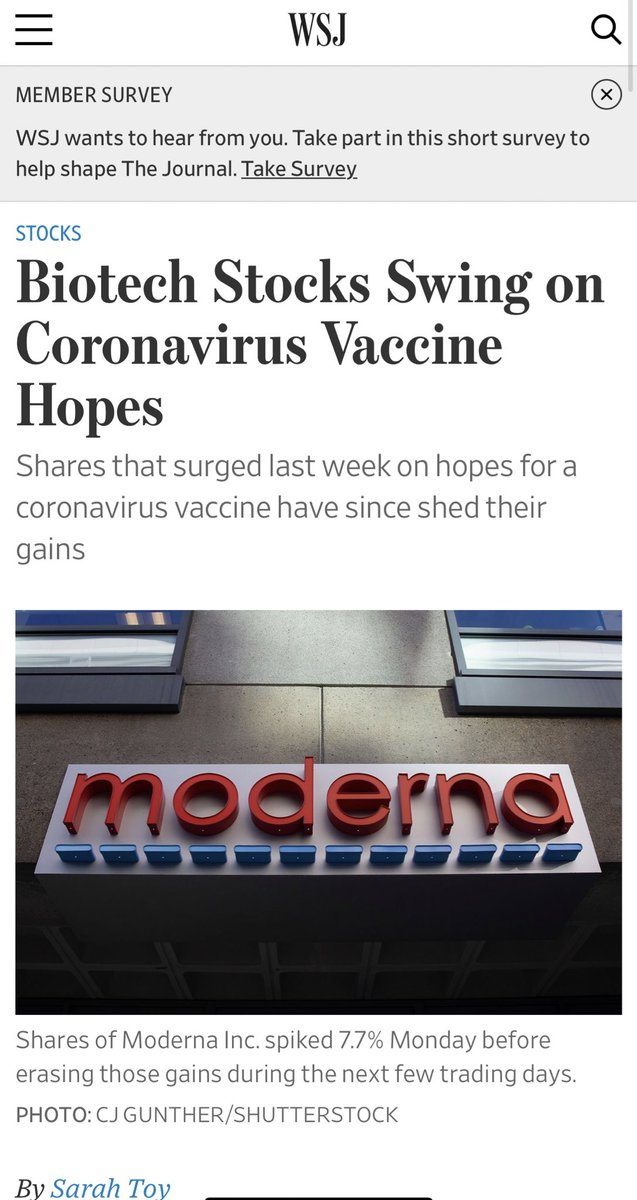