The Story Begins Here: The Rise of the Brazilian Evangelicals

RIO DE JANEIRO — The elevation of a centrist vice president and Lebanese Christian Zionist , Michel Temer, as Brazil’s president amid the impeachment process of Dilma Rousseff is expected to result in a less strained relationship between Brazil and Israel, as well as its Jewish community, Jewish leaders said.

*Many Christians in Lebanon have traditionally aligned themselves with Israel. Both Lebanese Christians and Jews were ethnic and religious minorities vying for power amid Arab statehood movements. Both had a foot in Western culture as European-influenced merchants and traders who lived along the Mediterranean. 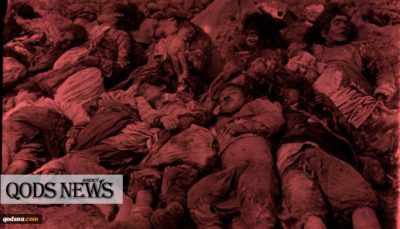 Lebanon in 1982- the Sabra and Shatila massacre by Christian Phalange militiamen who “raped, killed and dismembered at least 800 women, children and elderly men while Israeli flares illuminated the camps’ narrow and darkened alleyways”.

Temer has also opened the doors to the “Christian” Zionist scourge that has infected much of America, as well as other Western nations–albeit to a lesser extent–like Canada, the UK and Australia.

The International Fellowship of Christians and Jews (IFCJ), led by Rabbi Yechiel Eckstein, arrived in Brazil mere days after Rousseff’s overthrow and just concluded its trip 24 hours ago. Rabbi Eckstein’s gang  was on a mission to turn every major “mega-church” in Brazil into even stronger supporters of the usurping Zionist entity for the “cause” of combating “anti-Semitism”.

The good “rebbe” and Temer aren’t strangers and thus, this entire event should be looked at not just as a consequence of the Zionist coup against the Workers’ Party (PT), but part and parcel of it.

Furthermore, Rabbi Eckstein’s subversive visit should be seen in the greater context of “Christian” Zionist penetration into Brazil and Latin America as a whole.*-Welcome To Post-Coup Brazil, Where Jews and “Christian” Zionists Run Wild

The catastrophe of this story is that Brazil’s right-wing presidential candidate Jair Bolsonaro is well ahead in the polls, and has turned out to be so extreme in his reactionary views that he is looking more like a neo-Nazi than an American style neo-con.

Bolsonaro has taken the most outrageous positions, such as calling Brazil’s indigenous people parasites and advocating discriminatory eugenically devised forms of birth control.

He has previously called people from Haiti, Africa and the Middle East the “scum of humanity,” saying the army should take care of them.

Bolsonaro has characterised Afro-Brazilians as obese and lazy, and said “I don’t think they’re even good for procreation anymore.”

Bolsonaro has proved to be the quintessential misogynist, reportedly saying to one member of the National Congress, “I would rape you but you don’t deserve it.”

He believes that women should not get the same salaries as men, and claims that he had a daughter “in a moment of weakness” after fathering four sons. 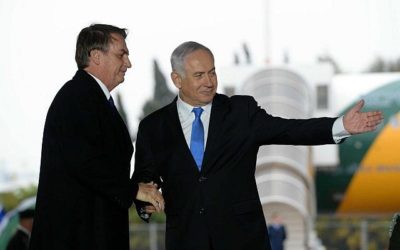 But beyond his racism and misogyny, Bolsonaro is the antithesis of a democrat. He has said publicly, “You won’t change anything in this country through voting, you will only change things through a civil war, and by doing what the military didn’t do…killing 30 000.”

He has expressed enthusiasm for the country’s military rulers from 1964-85, and has public admiration for the former Chilean dictator Augusto Pinochet, as well as Carlos Brilhante Ustra, a colonel who ran a military torture squad in the 1970s.

Bolsonaro has chosen a military general for the deputy presidency, and has promised to fill his cabinet with other generals.

This is not to mention how such a leader would destroy one of the world’s most precious natural sanctuaries – the Amazon.

This aspiring strongman wants to privatize and develop the Amazon.

What beggars belief is how a majority of Brazilians have been conned into supporting him when many still have affection for Brazil’s former left-wing President Lula da Silva.

But the same tactics that were used in the American election campaign were used in this campaign, likely under Bannon’s tutelage – an appeal to the ingrained racism and xenophobia in society, a push back against the establishment and corruption, and a notion that a strongman would be able to fix the country’s problems.

But the danger of Bolsonaro’s sudden rise to power is not only for the future political and social trajectory of Brazil, but also for the trajectory of many other countries, as a decisive win for Bolsonaro will embolden neo-fascists worldwide.

These political developments will also impact on South Africa in that having a neo-fascist as one of the five BRICS leaders will have severe ramifications for the ability of the grouping to align their foreign policies.

If this is what lies on the horizon, BRICS may revert to merely being a grouping of countries that promote trade and investment, devoid of any common political vision or policy positions.

That is if the grouping even survives the entry of such a leader, the likes of which the world has not seen since World War II.