AS TO THE “six million” hoax (the figure was originally set at 12,000,000, but the Jews decided that was going a little too far), I, who happened to be in Military Intelligence, knew, as we all did, that it was just a story devised to pep up the cattle that were being stampeded into Europe, just as we knew (from an American military man who was present as an observer when the bodies were discovered and disinterred) that that massacre of Polish officers in the Katyn Forest had been perpetrated by Soviet troops under the command of Jewish officers.

But that, too, was blamed on the Germans, primarily, I think, to make the “six million” hoax sound a little more plausible.

The lie factories in Washington, most of them under Jewish supervision, were quite efficient.

Immediately after the fall of Hitler, a detachment of the O.S.S. was rushed to Germany to construct gas chambers to substantiate the hoax, but for some reason the persons in charge merely sent back photographs of shower baths so absurd that they had to be suppressed.

From Europe to Middle East, the Zionists continue their holocaust in Palestine.

Much later, sometime in the early 1950s, a model extermination centre was built in Germany for exhibition to the rubber-necks, who, if they think to inquire about the date of construction, are told that it is a “restoration” of a structure that was accidentally destroyed during the war.

The “final solution” mentioned in German official circles was a plan to establish a “homeland” for the Jews in part of the conquered Russian territory.

Before 1939, the German government had tried very hard to persuade Britain and France to permit the emigration of Jews from Germany to Palestine, Madagascar, or some other suitable territory, but the German efforts were frustrated by British and French Jews who wanted spectacular pogroms in Germany to whip up emotions for a crusade. 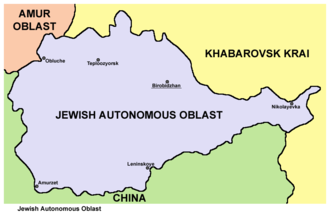 Near the end of the war, some Jews were exterminated unofficially.

I have verified the fact that a Roumanian regiment retreating before the Soviet on the front in Bessarabia, charged with protecting a large number of Jews and transporting them westward, short of both trucks and food, decided to “lose” the Jews on the way, certain that in the confusion of the retreat the higher command would not inquire into what happened.

Earlier in the war, when the Germans occupied Polish territory, German troops were charged with the unpleasant duty of protecting the local Jews from the accumulated resentment of the natives, and there is a story, which I cannot verify, that in one place an officer of the S.S., when the situation got out of hand, said to his subordinates, “I’m not going to shoot white men to protect a pack of Jews.”

2 min video clip Israel is an imperial outpost, an extension of Wall Street and the City of London in the Middle East. That's the origin of "Israel."
LAGenie Retweeted · Jake Morphonios @morphonios
9 hours ago
The Israeli Zionists will not easily relent on the treatment of the Palestinians unless all of us continue to rally the world against their oppression. https://t.co/2DUyOZRzW3
View on Twitter
12
0
LAGenie Retweeted · BDS movement @BDSmovement
1 day ago
Since 1967, Israel has been demolishing homes, and stealing land and water of Indigenous Palestinians in the Jordan Valley, de facto annexing most of the area to build illegal settlements and confining Palestinians who remain in shrinking enclaves. #SanctionsOnApartheid https://t.co/VoPAQMWq7r
View on Twitter