For a second week, Washington the lone member of 15-member Security Council to reject statement condemning Israeli response to ‘March for Return’ protest disregarding  the fact that the Palestinian refugees’ right to return to the homes from which they were displaced is well established in international law.

“The Arab leaders, especially in the Gulf, thought they could neglect the Palestinian cause,” said Omar Shaban, director of PalThink for Strategic Studies, a Gaza think tank.

UN Danny Danon said the council “should condemn Hamas Hamas Hamas, which uses children as human shields while risking their lives, and must call for the end of these provocations which only increase the violence and tensions.”

Thegreatmarchofreturn One death every 30 minutes. Again. Another one. One more. Israel was busy preparing for the seder night. TV stations continued broadcasting their nonsense.

Christian Good Friday and the Jewish seder night became a day of blood for the Palestinians in Gaza. You can’t even call it a war crime because there was no war there. An army that prides itself on shooting a farmer on his land, showing the video on its website in order to intimidate Gazans; an army that pits tanks against civilians and boasts of one hundred snipers waiting for the demonstrators is an army that has lost all restraint.

This shocking video (Just a few seconds long) shows a sample of the Palestinian experience for the last 70 years of Zionist sadistic evil and insanity. This video was published today, it shows Israeli soldiers filming their crimes.

This shocking video shows a sample of the Palestinian experience for the last 70 years.
This video was published today, it shows Israeli soldiers filming their crimes. #PalestineInUSA pic.twitter.com/R58w9IuYIX

As if there weren’t other measures. As if the occupation forces had the authority or right to prevent demonstrations in Gaza, threatening bus drivers not to transport protesters in territory where the occupation has long ended, as everyone knows.

Palestinian refugees’ right to return to the homes from which they were displaced is well established in international law, but Israel does not to address that. Just keep shooting the so called ‘terrorists’ to keep people cheering.

Back in 2014, some Israelis in the border town of Sderot were spotted drinking, cheering and posing for selfies or recording videos with their smartphones while black plumes of smoke rose from behind them across the border, with each bomb the Palestinian death toll mounting. 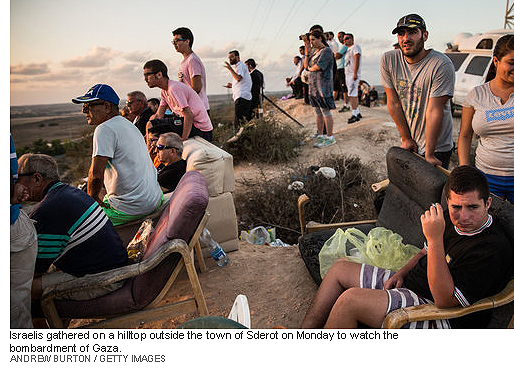 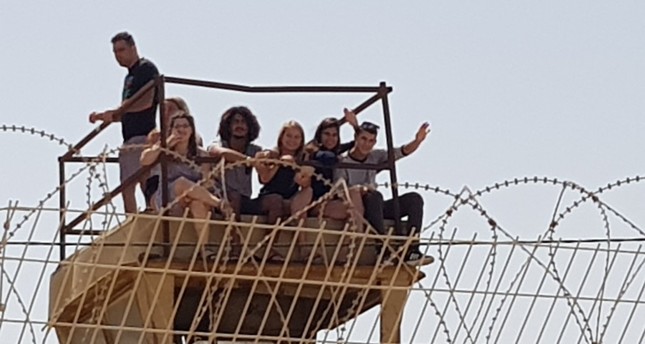 3 thoughts on “The Zionist Occupation of Palestine is 70 yrs old, and So is the Hasbara”