Is not the term antisemitic, as it is used today to refer to bigotry against Jews, used loosely and erroneously? “Antisemitic” literally and technically means being opposed to someone who speaks a Semitic language (e.g. Arabic and Hebrew). Why are we allowing foreigners, particularly Yiddish ones, to put words and meanings into our mouths?

This is a psyop! When accused of antisemitism why is our refutation always “no I’m not” or “I don’t hate Jews”  as if we accept and understand the meaning? That’s just validating their psyop. 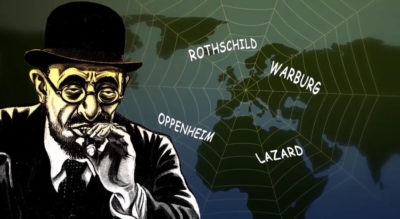 They don’t practice Judaism they are atheists from Khazar. More pointedly they are Satanists.

Ashkenazi Jews are the elite of Israel and they dominate and discriminate against, not only Palestinian Arabs, but also other Jews and ethnicities in Israel.

“Antisemitism” is used to mean  hatred of Jews. These so called Jews are not the dictionary definition of Semite,  and before Israel they were Yiddish speaking people, not Hebrews. They also never spoke Aramaic.  Not one thing Semitic about them. What religion? Just look at who uses the term. They are Zionists of some sort.

Real Jews denounce Zionist as heresy. Real Christians denounce Christian Zionists as worshipers of the anti-Christ.  Atheist so called Jews use the term as a weapon for people who are rightly anti Imperialists. They are deflecting away fro the Imperialist element of Zionism and keeping it in a religious context, why Zionists are in reality atheist.

The decent people of the world reject Israel, the terrorist state, which sits squarely  on top of Palestine and squashed everyone who was there. 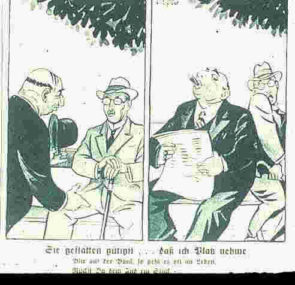 Is not the term anti-Semitic, as it is used today to refer to bigotry against Jews, used loosely and erroneously? “Anti-Semitic” literally and technically means being opposed to someone who speaks a Semitic language (e.g. Arabic and Hebrew).

Why then was the term “anti-Semitic” coined in 19th century Germany to refer – rather confusingly – to a phenomenon of hatred of Jews in Europe who, however, did not speak a Semitic language at the time? Something hokey there.

Should we not denounce the psyop word “Antisemitism”  and throw the word out by not recognizing the word as anything with meaning? For instance, if one is accused of antisemitism, instead of acknowledging it as a legitimate definition of something that exists but denying that we are by saying “I don’t hate Jews”… call the word out as being a non-word, even while not explaining why… because they KNOW why!

Only the rest of the world doesn’t know why out of sheer ignorance. It’s a word to attach the word Semitic to non-Biblical Jews. That’s how they slithered into Palestine under the umbrella of the Jews they terrified into fleeing from Europe during ww2. There were very few Zionists in Europe at that time and few were willing to go. Hence the Holocaust TM.

But all anyone has to do is think about it and understand what fools people we to go along with it! Who is giving the enemy power, after all? We should be educating each other on just this simple thing, because it has become so important to these Zionists who are throwing the word around like poison darts.

The Zionists using this word are not Semites and those they are throwing the word around like poison darts are! It is all backward and should be called out for being so every time we hear it.

If one is called Antisemitic and Jew hater, one should not deny it by saying “I am not.” Imagine you’re  white and being called ‘black.’ Or visa versa.  Imagine what you would say in that instance. Imagine your facial expression. THAT’S the reaction we should have towards the word antisemitism. Not just “I am not.” but like, “wtf are you saying? That makes no sense.”

One should simply say that the word does not exist, it has no meaning. The word itself is only 150 years old. Someone made it up. It’s not a real word! Every time someone is labeled ‘antisemitic’ and they “I am not” or “you’re wrong” Jews know they still have much the world over a barrel because we have still not caught on! The word has to be called out every time and deflated! We don’t have to wait for ‘leaders’ or any officials to do this for us. 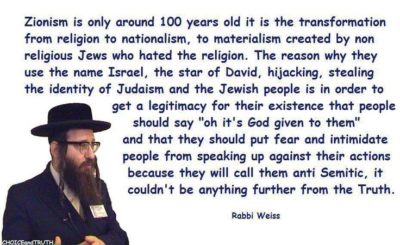