Mankind has been manipulated to become “unconscious” through the use of programming by media and politics. ~ Vladimir Putin “The president made an enormous commitment to take down the caliphate, and that has been achieved,” he told NPR’s Morning Edition. “We now have the …. counterterrorism battle — not only against ISIS but against al-Qaida and others.”

The caliphate hahaha!  A caliphate represents the entire Muslim peoples in the world. Like the Pose represents Catholics.  The “Islamic state” is a western band of hired mercenaries! Whether ISIS-al-Qaida comes or goes, and where they come and go depends on whether or not Trump is going to fund them. If Trump drops it’s funding after troop withdrawal then terrorists are out all except Israel. And if Israel was in any way unhappy with Trump’s moves they would assassinate him unabashedly. There is a Zionist dastardly plan afoot.

US President Donald Trump said on Wednesday that “we give Israel $4.5 billion” security every year, and so “Israel will be very good” even after the US withdrawal from Syria. 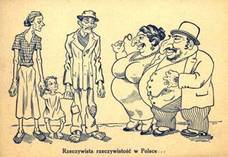 The comments, quoted by Haaretz, were made by Trump in reply to a question by reporters on how the US withdrawal from Syria will impact Israel.

“I spoke with Bibi. I told Bibi, you know we give Israel 4.5 billion dollars a year. And they are doing very well at defending themselves,” the President said as he spoke to reporters on the way back from his surprise trip to American troops stationed in Iraq.

“Imperialism Has No Friends”

Trump took this withdrawal step just as the Turkish autocrat Recep Tayyip Erdogan was intensifying his threats of annihilation against the Kurds in Rojava, announcing another invasion of Northern Syria. A few hours earlier we learned that Washington had agreed to sell Patriot missiles worth 3.5 billion Dollars to Ankara – a transaction that had been a topic of debate for a long time. Thus, it looked as if a comprehensive Syria deal had been forged between Trump’s and Erdogan’s governments.

He added that “I’m the one that moved the embassy to Jerusalem. I was the one who was willing to do that. So that’s the way it is – we are going to take great care of Israel. Israel is going to be good. We give Israel 4.5 billion a year. And we give frankly a lot more than that if you look at the books. They’ve been doing a good job.”

During his trip to Iraq, Trump defended his decision to withdraw US troops from Syria, saying he had told his advisers “let’s get out of Syria,” but was persuaded to stay, before deciding last week to bring the 2,000 troops home.

This week marks the 10th anniversary of the horror inflicted on the people of the Gaza Strip when Israeli war planes launched massive airstrikes on the besieged strip. Nothing has changed! To add insult to injury, and because the so-called “International Community” did absolutely nothing to put an end to Israel’s war crimes, the latter repeated the attacks in 2012 and in 2014 killing more than 4,000 civilians and injuring tens of thousands.

“I think a lot of people are going to come around to my way of thinking. It’s time for us to start using our head,” the president said.

Trump said the United States would remain in Iraq, adding, “In fact, we could use this as the base if we wanted to do something in Syria.”

Earlier this week, at the weekly Cabinet meeting, Prime Minister Binyamin Netanyahu made clear that the US decision to withdraw 2,000 troops from Syria “will not change our consistent policy: We will continue to act against Iran’s attempts to entrench itself militarily in Syria, and to the extent necessary, we will even expand our actions there.”