Anyone who fears G-d should flee from the Zionists as one flees from fire.~Rabbi Yechiel Michel Epstein,
rabbi of Novhardok, Russia (1829-1908) 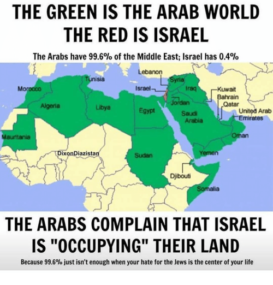 Members of Tunisia’s parliament have called for officials to be held accountable after Israeli media reported that a group of Zionists toured the capital Tunis, passing the street where the co-founder of the Fatah movement Khalil Al-Wizar was gunned down in 1988.

Lakhdar said Tunisia has been increasingly exposed to Zionist domination. He continued: “Tunisia’s sovereignty has been taken too lightly and today we are facing a growing Zionist domination over our country and the Arab nation.”

“We have to assume our responsibility as we hold others accountable too. It is absolutely unacceptable to allow spies in, under the pretext of the Jewish pilgrimage to El Ghriba Synagogue.”

Lakhdar added that the visit to the site where Al-Wizar was assassinated as “disgraceful” and parliament must intervene.

MP Samia Abbou, from the Democratic Current party, demanded the People’s Assembly to condemn the recent incidents, saying that such infringements “pave the way for normalization with the Zionist entity.”

“We refuse all forms of public and private normalization. We also reject the government’s silence and complicity with normalization.

Unfortunately, since this minister took office [Trabelsi] we were doomed to face multiple cases of normalization with Zionists.”

Minister of Foreign Affairs Khamis Al–Jahnawi, however, denied the existence of any governmental attempts to normalize relations with the Zionist entity.

While the Ministry of Interior stressed in its statement that no tourists holding Israeli passports entered Tunisia. It added that the Israeli media reports showed a different road to that on which Al-Wizar lives.

LAGenie Retweeted · If Americans Knew @ifamericansknew
12 hours ago
. @USATODAY @FoxNews @Reuters
U.S. sends over $3 billion to Israeli military during the #COVID19 pandemic. Meanwhile, some Americans are still waiting for $600 stimulus checks. Produced by Chris Smiley for more news and headlines: https://t.co/sHyNAVu3j7 https://t.co/oMswmVotiS
View on Twitter
302
0
LAGenie Retweeted · Jonathan Lis @jonlis1
12 hours ago
In any other situation a government whose overt, consistent negligence caused over 100,000 deaths would collapse under the weight of raw public fury. In this country we let them blame us, say they did their best and propose re-electing them.
View on Twitter
1126
0
LAGenie Retweeted · #FreePalestine #FreeAssange #BDS #Yemen #Kashmir @ChristineJameis
13 hours ago
Israeli occupation forces demolished a mosque in the Bedouin community of Azwadeen, east of Yatta city, south of Hebron in the occupied West Bank. https://t.co/RtgfZRlSvo
View on Twitter