“Every US president since Richard Nixon has refused to acknowledge Israel had a serious nuclear weapons program or arsenal,” he writes. “It would be risky at best for any US official’s career to confirm Israel should be shamed as a violator of an international nuclear agreement it signed and ratified. That, after all, is what Israel accuses Iran of doing.” 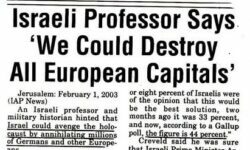 Israel is not a signatory to the 1968 Treaty on the Non-Proliferation of Nuclear Weapons, and has clung to a policy first articulated to then-US president John F. Kennedy by then-Israeli deputy defense minister Shimon Peres, according to which the Jewish state “will not be the first to introduce [nuclear weapons] into our region.”

On September 22, 1979, exactly forty years ago today, an American satellite detected two flashes of light in the Atlantic Ocean south of South Africa.

US military analysts at the Patrick Air Force Base in Florida who examined the data from satellite Vela 6911 quickly concluded the flashes were the unmistakable telltale sign of a nuclear detonation, and promptly notified the military chain of command.
Then-president Jimmy Carter was briefed on the apparent nuclear test on the same day, and convened top advisers and national security officials in the White House Situation Room the following morning.

A lengthy and detailed report published in Foreign Policy magazine on Sunday, the test’s 40th anniversary, argues that Carter then made a conscious decision to ignore the believed test, not wanting it to overshadow his foreign policy successes in an election year, and out of fear it could undermine the US backing — including massive military and financial support — that enabled the forging of the new Israeli-Egyptian peace treaty signed that year.

If Israel conducted a test that day in 1979, it could constitute a violation of the 1963 Partial Nuclear Test Ban Treaty, which Israel had signed and ratified and which prohibited such tests above ground. 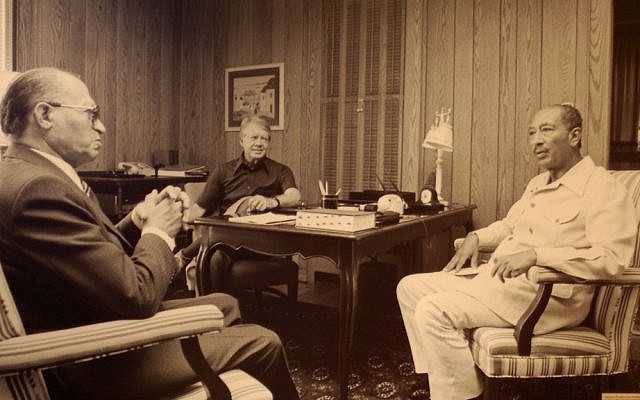 It could also mean, according to US nonproliferation laws, the almost automatic cancellation of US military and financial aid for the violating state, though a US president is allowed to waive the punishment.

In order to avoid the many problems raised by an Israeli nuclear test, the FP report argues, Carter decided to cover it up.

An eight-member scientific panel formed by the White House concluded in May 1980, after meeting three times, that “it is our collective judgment that the September 22 signal was probably not from a nuclear explosion.”

FP explains that the panel of distinguished scientists and engineers “dismissed all evidence that suggested otherwise. This included the Naval Research Laboratory’s analysis that had located the blast’s ground zero near the Prince Edward Islands, about 1,000 miles from South Africa’s southern coast, using hydroacoustic (underwater sound) data, and claims regarding possible detection of radioactive iodine-131 in thyroids of Australian sheep, which if established could only have come from a bomb test.”

Foreign Policy doesn’t beat around the bush about its views of the US government’s ambiguity over purported Israeli nukes, then or now. 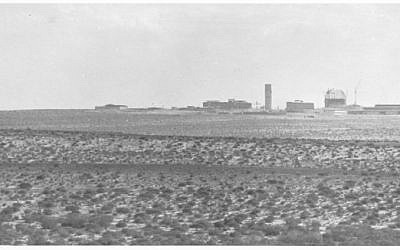 The Sunday report cites a June 2018 New Yorker article that said Israel had been given “secret letters” from a string of US presidents “which Israeli leaders interpreted as a US promise to protect their nuclear weapons.

And indeed, these US presidents did protect Israel’s nuclear weapons from scrutiny and criticism in the United Nations and other international forums.”

That protection, one of the FP report’s authors, physicist Victor Gilinsky, writes, “is part of a pattern that has destroyed America’s credibility on nonproliferation. What Israel says — or doesn’t say — about its nuclear weapons is its own affair.

Now, in the face of strong confirmation of Israel’s violation of the Partial Test Ban Treaty, it has become an insupportable one.”

Henry Sokolski, a former nonproliferation official in the US Defense Department and co-author of the Sunday report, made the argument even more explicitly.

“Every US president since Richard Nixon has refused to acknowledge Israel had a serious nuclear weapons program or arsenal,” he writes. “It would be risky at best for any US official’s career to confirm Israel should be shamed as a violator of an international nuclear agreement it signed and ratified. That, after all, is what Israel accuses Iran of doing.”

The report quotes from Jimmy Carter’s own diary, which contained this entry from the day of the initial detection: “There was indication of a nuclear explosion in the region of South Africa — either South Africa, Israel using a ship at sea, or nothing.” 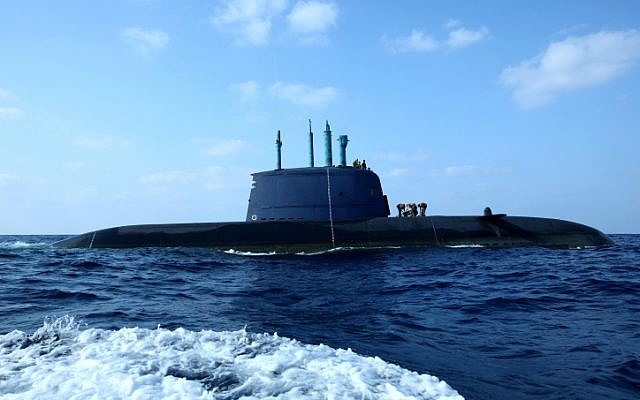 Five months later, on February 27, 1980, even as his administration was attempting to argue otherwise, Carter wrote in his diary: “We have a growing belief among our scientists that the Israelis did indeed conduct a nuclear test explosion in the ocean near the southern end of Africa.”

Israel had developed strong but secretive military ties to South Africa’s apartheid government during the 1970s, after much of Africa turned against Israel in order to abide by the Arab oil embargo that followed the 1973 Yom Kippur War.

South Africa was known at the time to be working on a nuclear bomb, but it was Israel that was believed to be behind the explosion, if only because South Africa’s program was not thought to be advanced enough for a test.

Israel has long maintained a policy of ambiguity about its nuclear program, which generations of Israeli defense officials have reportedly viewed as a vital part of the country’s deterrence strategy against regional enemies, the so-called “Samson option” of last-ditch nuclear retaliation against an enemy poised to destroy the country in a war.

Israel is not a signatory to the 1968 Treaty on the Non-Proliferation of Nuclear Weapons, and has clung to a policy first articulated to then-US president John F. Kennedy by then-Israeli deputy defense minister Shimon Peres, according to which the Jewish state “will not be the first to introduce [nuclear weapons] into our region.” 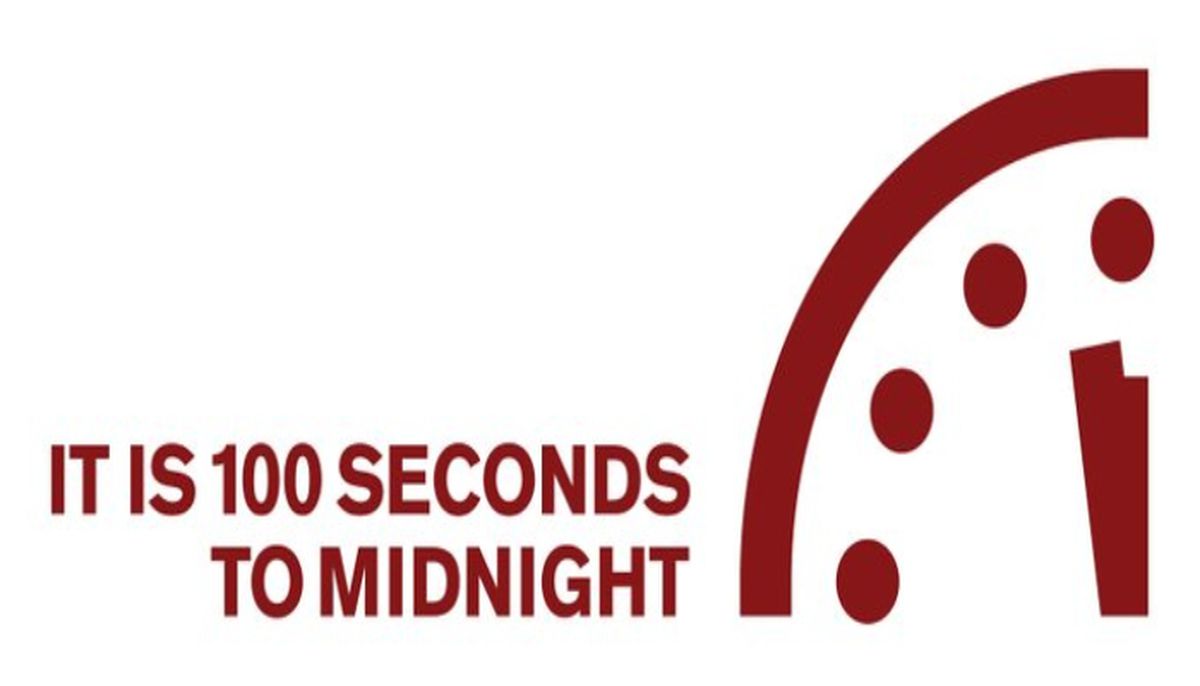 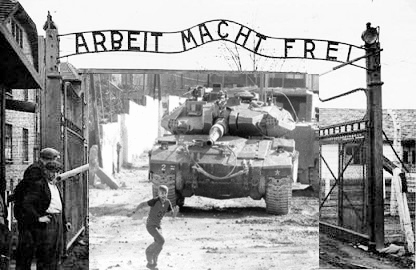