For the average citizen of the West, the idea of the United States as a sponsor of international terrorism let alone the dominant sponsor would appear utterly incomprehensible.

After all, one reads daily that the United States is leading the charge against something it calls “terrorism,” and it even regularly assails its allies for dragging their feet in responding to terrorism.

On the other hand, the U.S. government has organized a mercenary army to attack Nicaragua, and even provided it with a printed manual of recommended acts of sabotage and murder, which has been implemented by the proxy army at the cost of well over a thousand Nicaraguan civilian lives (Leonard, 1983).

The U.S. government has also given unstinting support to the apartheid government of South Africa, which has directly invaded and organized its own mercenary armies to subvert a string of frontline states, again at the cost of many thousands of civilian lives.

The western media, however, never refer to the United States or South Africa as “terrorist states,” even though both of them have killed vastly greater numbers than Libya’s Quaddafi or Italy’s Red Brigades.

“Our mission,” the president added, “is to nourish and defend freedom and democracy, and to communicate these ideals everywhere we can. Support for freedom fighters is self-defense,” he concluded. The Reagan Doctrine underpinned covert U.S. military operations in such places as Afghanistan, Angola and Nicaragua.

The Reagan administration in Washington has found it possible to arbitrarily designate any group or country which it opposes as “terrorist,” and this will be transmitted to the public by the mass media without serious criticism or laughter.

The Soviet Union was presumably omitted because of the upcoming Summit meeting. The press (Weinraub, 1985: 1) reported that Syria had been spared as “a gesture of gratitude” to President Assad for his role in negotiating the release of 39 U.S. hostages in Lebanon! 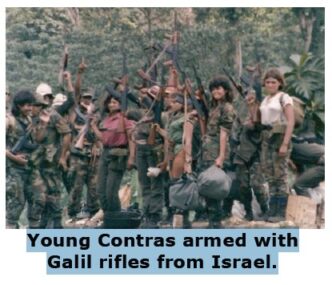 The ludicrousness and hypocrisy of the United States calling Nicaragua a terrorist state was entirely unnoticed and without effect on the objective reporting by the U.S. press.

With a compliant mass media, especially in the United States but also among its clients, terror is what the powerful U.S. government declares to be terror.

As it is now using the concept with audacious and arbitrary abandon, it is employing the “If I don’t like it, call it terrorism” definition of terrorism.

By excluding governments, South Africa, Guatemala, and Israel are removed from the category of terrorist, while the African National Congress (ANC), rebel groups in Guatemala, and the Palestinian Liberation Organization (PLO) are automatically eligible. 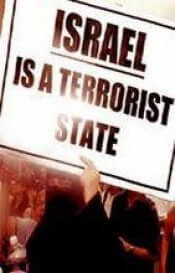 This is grotesque in terms of both numbers of victims and forms of violence employed by state and non-state intimidators, but it is extremely convenient in terms of western priorities and interests.

The governments protected by this word usage are allies, clients, and self; the groups automatically made “terrorists” oppose these clients and western defense of the status quo.

The Reagan administration’s manipulation of the Libyan threat, from the mythical “hit squads” of 1981 to the deliberately provoked encounters off the Libyan coast and recent direct attacks, have been designed to shift attention from the assault on Central America, the Palestinians and assorted other Arabs groups, and the frontline states of South Africa, and to mobilize western populations for aggressive adventures abroad. The “theater of terror” is managed from Washington to serve its perceived interests.

In Guatemala, the Philippines, Argentina, Brazil, pre-Sandinista Nicaragua, Chile, Indonesia, and Zaire (among others), the elites put in power and supported by the West have been not merely brutal terrorists, but rapacious as well.

At the time of the overthrow of the elected government of Brazil in 1964, for example, the United States was doing the following:

It had bribed hundreds of local politicians in a scandal so great that a Parliamentary Commission was forced to investigate the matter.

It had numerous journalists on its payroll, subsidized newspapers and magazines, and for 90 days before the election even rented the editorial page of Rio de Janiero’s evening newspaper.

It funded Brazilian think tanks that poured forth a flood of books and pamphlets dispensing conservative ideology and disinformation.

The U.S. government-funded American Institute for Free Labor Development (AIFLD) worked to depoliticize and weaken the union movement, and actively supported the 1964 coup;

U.S. officials encouraged the military establishment to oust the legal government, and the United States even had ships offshore as moral support for the leaders of the coup.

The U.S. training and buildup of client police and armed forces has been historically unique in scope and scale. 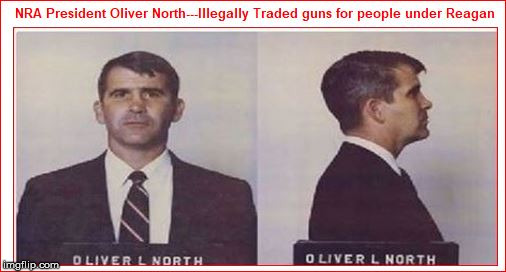 Between 1973 and 1980, the United States sold $66.8 billion in arms to Third World countries, including vast quantities of firearms, chemical munitions, helicopters, and other police gear useful in CI and repression.

Since 1950 the United States has trained over 500,000 military personnel from 85 countries in the U.S. Army School of the Americas in Panama and in several hundred other military schools and bases within the United States and abroad.

Under police training programs that began in 1954 and terminated in 1975, over 7,500 police officers received regularly training in U.S. schools, and over a million regular policeman have been given training abroad.

Large quantities of arms and equipment were also transferred to foreign police departments. A large investment was made in improving police and military communications systems in client states, oriented to CI efficiency and control of protests and other disorders. Training was provided in the design and manufacturing homemade bombs and assassination devices.*