US Secretary of State Mike Pompeo has threatened the family members of International Criminal Court staff, vowing that Washington will take punitive action against them if the court tries American soldiers for war crimes.

Pompeo also announced an intensification of unilateral US sanctions on Iran and Syria, which are illegal under international law, and which are undermining the countries’ attempts to contain the coronavirus pandemic.

A year later, on March 5, 2020, the ICC took a defiant step forward, officially approving an investigation into allegations of war crimes and crimes against humanity committed by the US military and CIA in Afghanistan.

Pompeo responded by angrily condemning the court and its proceedings. His broadside was an apparent attempt at discrediting the institution, which the US government is not a party to.

In a subsequent State Department press briefing on March 17, Pompeo launched another tirade against the ICC, belittling it as a “so-called court,” a “nakedly political body,” and an “embarrassment.”

Pompeo, who previously served as director of the CIA, took the denunciations a step further, threatening the family members of ICC staff.

“We want to identify those responsible for this partisan investigation and their family members who may want to travel to the United States or engage in activity that’s inconsistent with making sure we protect Americans,” Pompeo said, according to the US State Department’s official transcript.

Sarah Leah Whitson, the managing director for research and policy at the Quincy Institute for Responsible Statecraft, drew attention to the “shocking attack” on Twitter.

“This isn’t just unlawful collective punishment against family members; it’s not just a disturbing attack on staff of a judiciary — where the US has voted to refer other nations for prosecution; it’s abuse of federal authority to use sanctions against actual wrongdoers,” said Whitson, who previously directed the Middle East and North Africa division at Human Rights Watch.

Whitson called on Democratic presidential candidates Joe Biden and Bernie Sanders to “condemn this US State Department assault on the staff and FAMILIES of ICC – abuse of sanctions authority in flagrant attack on judicial independence, unlawful collective punishment.”

BREAKING: In shocking attack on #ICC @secpompeo threatens collective punishment against named staff of the court and their FAMILIES for court’s ongoing investigation into #Afghanistan crimes that implicate US https://t.co/OsCTrC5YJs

This isn’t just unlawful collective punishment against family members; it’s not just a disturbing attack on staff of a judiciary — where the US has voted to refer other nations for prosecution –; it’s abuse of federal authority to use sanctions against actual wrongdoers

This blatant US threat against the family members of International Criminal Court prosecutors is part of a longer historical pattern of Washington attacking multilateral institutions.

At the beginning of the George W. Bush administration’s so-called war on terror, in 2002, the US Congress passed a bill called the American Service-Members’ Protection Act — more commonly known as the “Hague Invasion Act.”

This unprecedented piece of legislation, which has no precedent anywhere else in the world, declares that the US government unilaterally grants itself the right to militarily invade the Hague if a citizen of the United States or any allied country is tried at the court.

Nor are Secretary of State Pompeo’s threats the first time US government officials have targeted the family members of international organizations. 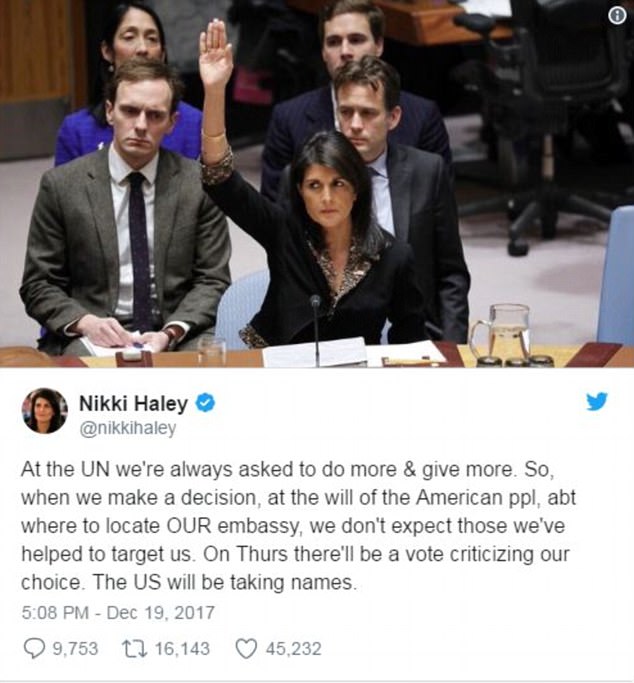 José Bustani, the former director of the Organization for the Prohibition of Chemical Weapons (OPCW), said hardline neoconservative John Bolton, a former under secretary of state for George W. Bush and national security adviser for Donald Trump, threatened him and his family when Bustani negotiated with the Iraqi government to allow in OPCW weapons inspectors.

“You have 24 hours to leave the organization, and if you don’t comply with this decision by Washington, we have ways to retaliate against you,” Bolton reportedly told Bustani, according to his recollection. “We know where your kids live. You have two sons in New York.”

He also unveiled new sanctions on Syria’s minister of defense, citing the Syrian army’s battle to retake Idlib, the last remaining insurgent-held territory in the country, which is occupied by a rebranded al-Qaeda affiliate and other extremist Salafi-jihadists, backed by NATO member Turkey.

US sanctions on Iran have devastated the country’s health infrastructure, greatly exacerbating the coronavirus pandemic.

A new study by researchers at the Sharif University of Technology in Tehran warned that millions of people could die due to Covid-19 — which Pompeo repeatedly referred to as the “Wuhan virus” in his press briefing.

An article by German state broadcaster DW concisely explained how US sanctions have set the stage for mass death in Iran: “Iran’s government applied for a $5 billion (€4.6 billion) loan from the International Monetary Fund (IMF) to fight the epidemic — the first time it has asked the IMF for assistance in over 50 years.

Yet, even if it gets the loan, the administration won’t be able to shop for much-needed medical supplies: US sanctions make the banking transactions required to secure even medical supplies and humanitarian goods virtually impossible.”