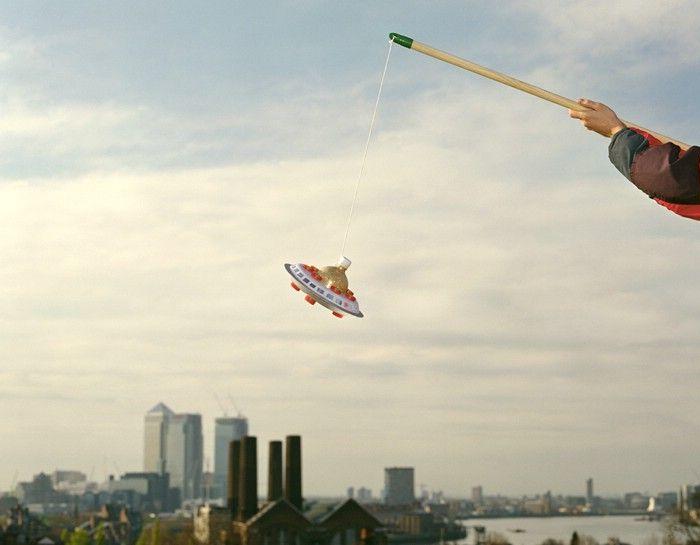 Since December 2019 the United States has a Space Force as one of eight branches of U.S. Armed Forces.

Each of those branches has lots of higher ranking officer positions.

All people who are put into those want a lucrative board seat at some weapon manufacturer when they retire.

They will only get one if they manage to create enough revenue for those manufacturers while they are still in uniform.

Otherwise there will be no revenue for the weapon manufacturers and no lucrative board seats for retired officers.

But spending tax dollars on weapons requires at least some nominal justification.

There needs to be a threat that requires new weapons to counter it.

Thus we are presented with an onslaught of UFO rumors and silly grainy videos:

The idea of UFOs has gone mainstream. The dam broke with a New York Times story about a year ago on three declassified Navy videos.

Last weekend, 60 Minutes did its own report, and The New Yorker has a nice long writeup of the history of the debate within the American government.

The sightings involve objects that seem to defy the laws of physics.
…
It’s the “physics-defying” aspects of UFOs that imply an advanced alien civilization. 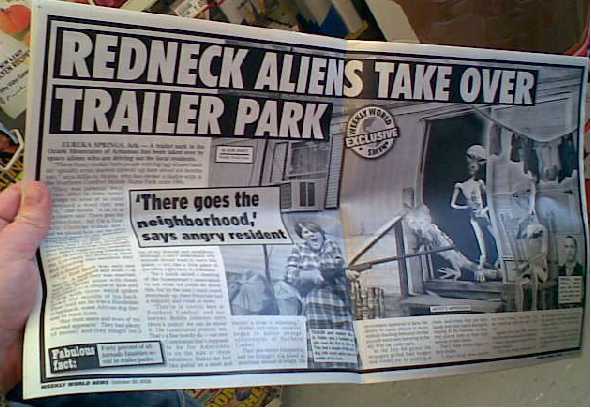 Although some suggest that Chinese or Russian drones could be behind what people are seeing, the idea of those nations being that far ahead of the United States can probably be dismissed.

From believing in alien UFOs to making laughable stupid claims is just a short step:

In other words, it could be humans from the future, not an alien species.

This reply is fitting:

If you have no explanation for an observation, it does not mean that any explanation is a good one.

We can’t explain some observations, so they must be aliens/ a directed-energy weapon/ a lab leak.

Extraordinary claims require extraordinary evidence. There is none for either of Rogin’s theories.

Many of the reports about Unknown Flying Object aren’t even about flying objects but are based on natural light phenomenons, dirty lenses or long fingers which randomly create fuzzy blobs.

by XKCD – bigger
This is simple. UFO’s aren’t real:

This interview of him (vid), brought to my attention on Twitter, seems to conclusively show that the Navy videos can be explained with some basic trigonometry and an understanding of how cameras work.He’s even replicated some of the camera tricks to recreate images that resemble what we can see on the Navy videos.

If you’re interested in the topic, I highly recommend watching the interview. Here’s a shorter video for those who want the basic idea.
…
As West points out in the first video above, there is nothing new about the latest UFO releases.

All that has changed is that now the government has released its own footage, which is basically the same kind of evidence that he and other skeptics have debunked in the past, just with better resolution.

But because the government now tells them it’s ok to believe something, people take that as a sign of credibility.

What’s depressing about this, as someone who writes about foreign policy, is that the national security bureaucracy is apparently still considered credible.

So credible, we are told, that even obvious nonsense about extraterrestrial origin of UFOs must be taken somewhat seriously.

Caitlin Johnstone points that if there were extraterrestrials (there aren’t) the military should be kept as far away from them as possible:

One of the disconcerting things I’ve been seeing again and again from all the major players in this new narrative like Lue Elizondo and Christopher Mellon is the absurd assertion that not only is it entirely possible that the unknown phenomena allegedly being regularly witnessed by military personnel are extraterrestrial in origin, but that if they are extraterrestrial they may want to hurt us.
…
I’ve sat through so much video footage on this subject, and I just get so frustrated listening to all these military-minded men talking about the need to know what the “capabilities” of these things are and how to prevent them from posing a threat to “national security”.

If we are in fact not alone in this universe and are in fact being visited by other civilizations, these are the absolute stupidest questions we could possibly be asking ourselves about them.

Not how can we contact them, not is it possible to communicate with them, not what could we learn from them, not where are they from and what is their story, but how can we kill them if we need to.I have no idea if we are being visited by ETs, but if we are the US military is literally the worst thing our species could possibly use to relate to them.

Despite all the UFO hype it will be difficult to explain to the public that the military needs more money to fight extraterrestrials which do not exist.

Thus, just in time, the campaign gets redirected. Now it must be the ‘real enemies’ who have caused the dirty lenses phenomenons. Caitlin in another piece:

The New York Times has published an article on the contents of the hotly anticipated US government report on UFOs, as per usual based on statements of anonymous officials, and as per usual promoting narratives that are convenient for imperialists and war profiteers.

Together with one voice, the anonymous US officials and the “paper of record” which is supposed to scrutinize US officials assure us definitively that the mysterious aerial phenomena that have reportedly been witnessed by military personnel are certainly not any kind of secret US technology, but could totally be aliens and could definitely be a sign that the Russians or Chinese have severely lapped America’s lagging military development.
…
Oh well if the US government has ruled out secret US government weaponry programs, hot damn that’s good enough for me. Great journalism you guys.
…
“Intelligence officials believe at least some of the aerial phenomena could have been experimental technology from a rival power, most likely Russia or China,” the Times reports. “One senior official briefed on the intelligence said without hesitation that U.S. officials knew it was not American technology.

He said there was worry among intelligence and military officials that China or Russia could be experimenting with hypersonic technology.”

None of the UFO sightings discussed recently is consistent with anything hypersonic.

Russia and China have developed hypersonic missiles to overcome U.S. missile defenses in a return strike after a U.S. first strike nuclear attack.

They keep the concept of Mutual Assured Destruction alive even after the U.S. designed and deployed missile defenses to destroy it.

Hypersonic is defined as flying faster than Mach 5. It is one of those fields in which the U.S. military makes a joke of itself:

If you do the calculation, that equates to an average speed of Mach 4 over the 10 minute period.

On the other side of things the U.S. military defines about anything as a ‘threat’. From a recent Wall Street Journal piece about Russia’s northern coastline:

The [Russian] military has renovated other airfields across Russia’s northern coast and deployed S-400 air defense systems and state-of-the-art radar to complicate potential advances from North Atlantic Treaty Organization countries.
…
The U.S. has recalculated its own Arctic strategy, pushing plans to put more fifth-generation fighters in Alaska than anywhere else in the country, in an effort to overwhelm the threat from Russia’s antiaircraft defenses.

Russia’s antiaircraft defenses are as much a “threat” to the U.S. as UFO’s are.

It is all propaganda. The U.S. military-industrial-media complex is creating a new cold war to justify spending for weapons that are not needed. As Caitlin concludes:

I have no idea what if anything is going on with these UFO phenomena, but I do know the world-threatening new cold war the US is waging against Russia and China is insane.

There is no valid reason our planet’s dominant power structures cannot at the very least cease brandishing armageddon weapons at each other and begin collaborating toward a better world together.

Reject the propagandists and cold warriors, no matter how elaborate or bizarre their manipulations become. Keep an eye on these bastards, and help spread awareness of what they’re about.