Four senior US administration officials have lauded “the beginning of a paradigm shift” in the United Nations General Assembly, citing voting patterns on a June resolution on violence in the Gaza Strip.

In an opinion piece published by CNN, US Ambassador to the UN Nikki Haley, senior adviser to US President Donald Trump Jared Kushner, US Middle East envoy Jason Greenblatt, and US Ambassador to Israel David Freidman said the organization, which in the past has been “relentlessly and blindly anti-Israel,” had shown promise by considering Hamas’s role in the conflict. 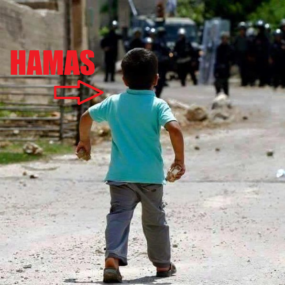 The administration officials praised the assembly’s willingness to hold Hamas responsible for conflict in Gaza, saying: “For the first time in the United Nations, more nations than not acknowledged that peace between Israel and the Palestinian people must be built on a foundation of truth regarding Hamas.

“They recognized that reconciliation is impossible if reality is denied for the sake of scoring political points. And part of that reality is recognizing the primary responsibility Hamas bears in perpetuating the suffering of the people of Gaza,” they wrote.

“The old cliche about turning around a battleship is true. It doesn’t happen quickly. But something is happening at the United Nations that proves that changing course is possible.”

General Moshe Dayan: ‘Israel must be like a mad dog, too dangerous to bother.’…We have the capability to take the world down with us. And I can assure you that will happen before Israel goes under.”

The officials said such a “realistic” attitude also underscored the administration’s approach to the conflict as a whole and to its upcoming long-gestating peace initiative.

Just as US President Donald Trump recognized “reality” of Jerusalem being Israel’s capital, “The peace proposal we will make will be similarly realistic, recognizing the legitimate needs of both Israel and the Palestinians as well as the interests of the broader region.”

They added that “No one will be fully pleased with our proposal, but that’s the way it must be if real peace is to be achieved. Peace can only succeed if it is based on realities.”

The United States withdrew from the UN Human Rights Council in June, with Haley branding the global body a “cesspool of political bias,” and adding that the council has a “chronic bias against Israel.”

A ceasefire announced by Hamas at midnight on Friday appears to be holding.

Trump has said he will forge what he has called the “ultimate” deal between Israel and the Palestinians. The US administration has said it will present its vision for peace soon. 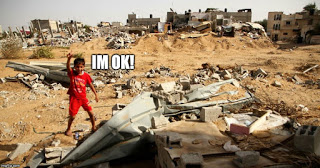